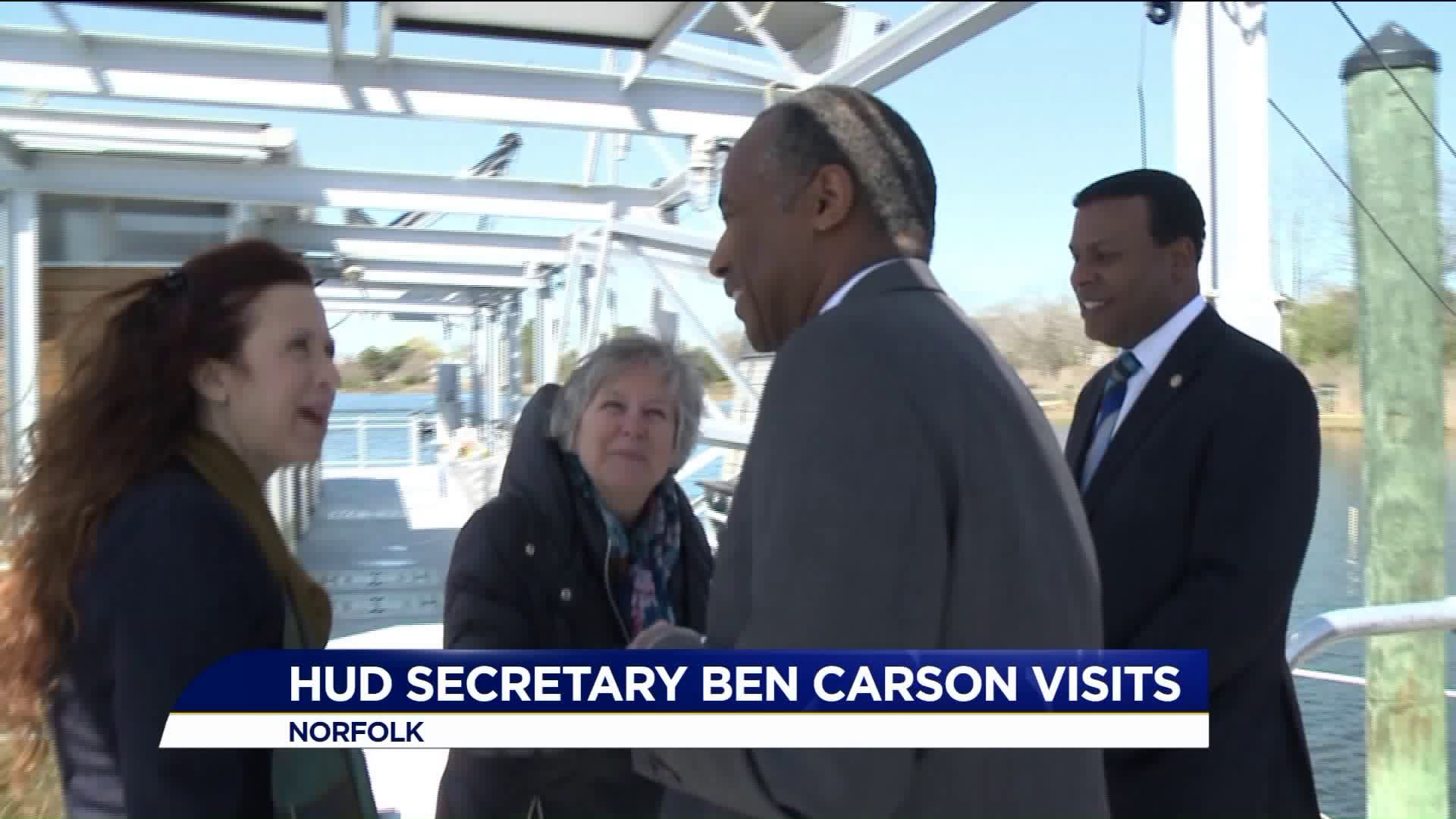 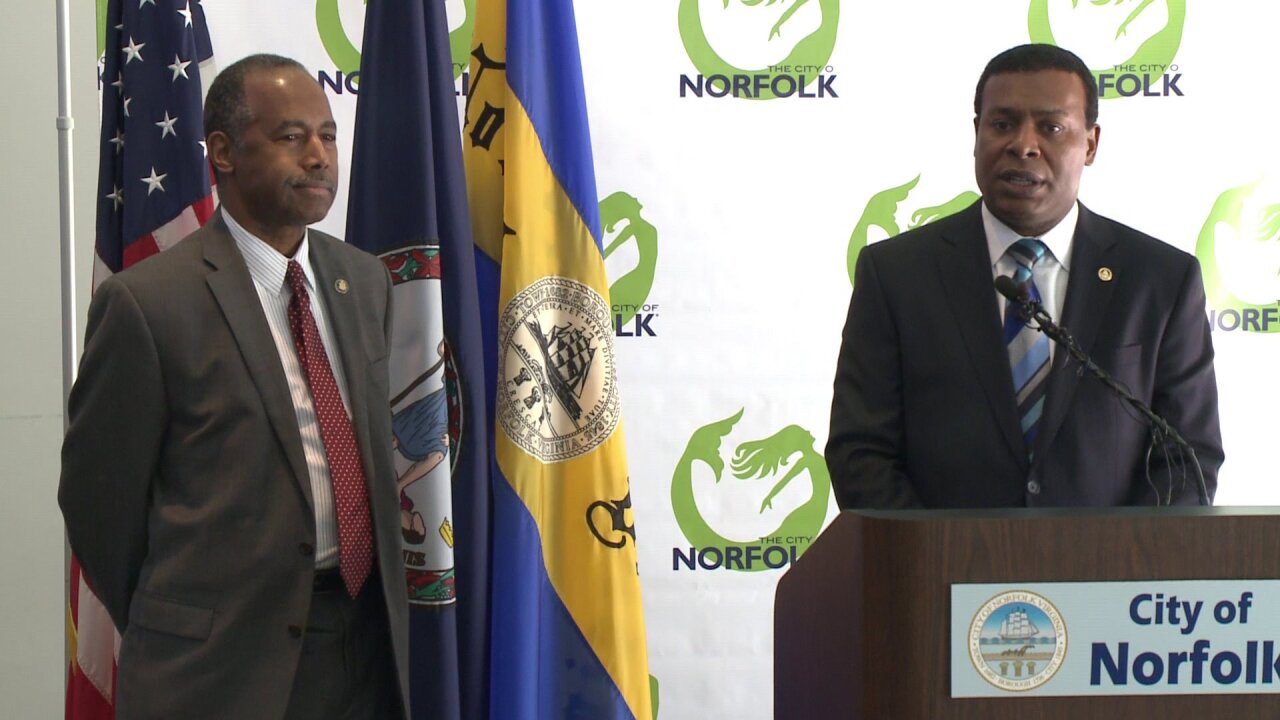 NORFOLK, Va. - Dr. Ben Carson, Secretary of the U.S. Department of Housing and Urban Development, was in Norfolk Thursday.

Carson toured areas of the city with Mayor Kenneth Alexander that could qualify as Opportunity Zones, and met with other city officials during his day in Norfolk.

Opportunity Zones are part of a new program designed to encourage investment in low-income urban and rural communities across the country using Opportunity Funds. The concept is the first new community development tax incentive program since the Clinton Administration.

The former surgeon was tapped to be the Secretary of Housing and Urban Development after Trump won the U.S. presidential election in November 2016.

Carson ran against President Donald Trump in the Republican primary before the general election.