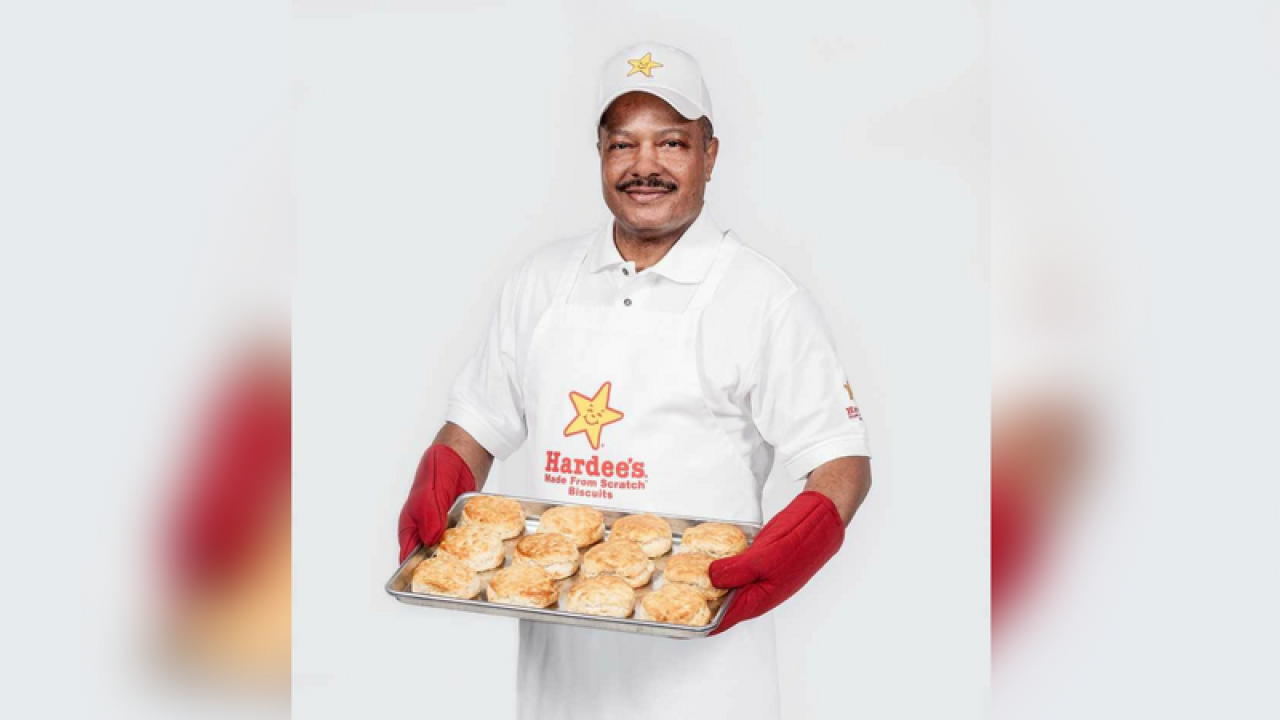 VIRGINIA BEACH, Va. – A biscuit maker at the Hardee’s at 701 Independence Boulevard was chosen as the best biscuit maker out of more than 1,000 people in a biscuit-baking competition.

Tony Robinson is the first man to win the Best Biscuit Maker contest. He competed against biscuit makers at 343 Hardee’s across four states, including about 180 locations throughout Virginia.

Robinson, who spent 20 years in the Navy before retiring in Hampton Roads, gets up each morning at 4 a.m. to unlock the restaurant and bake Hardee’s made-from-scratch biscuits.

He says his secret to making prize-winning biscuits goes beyond following a recipe–he says you also have to put love into it.