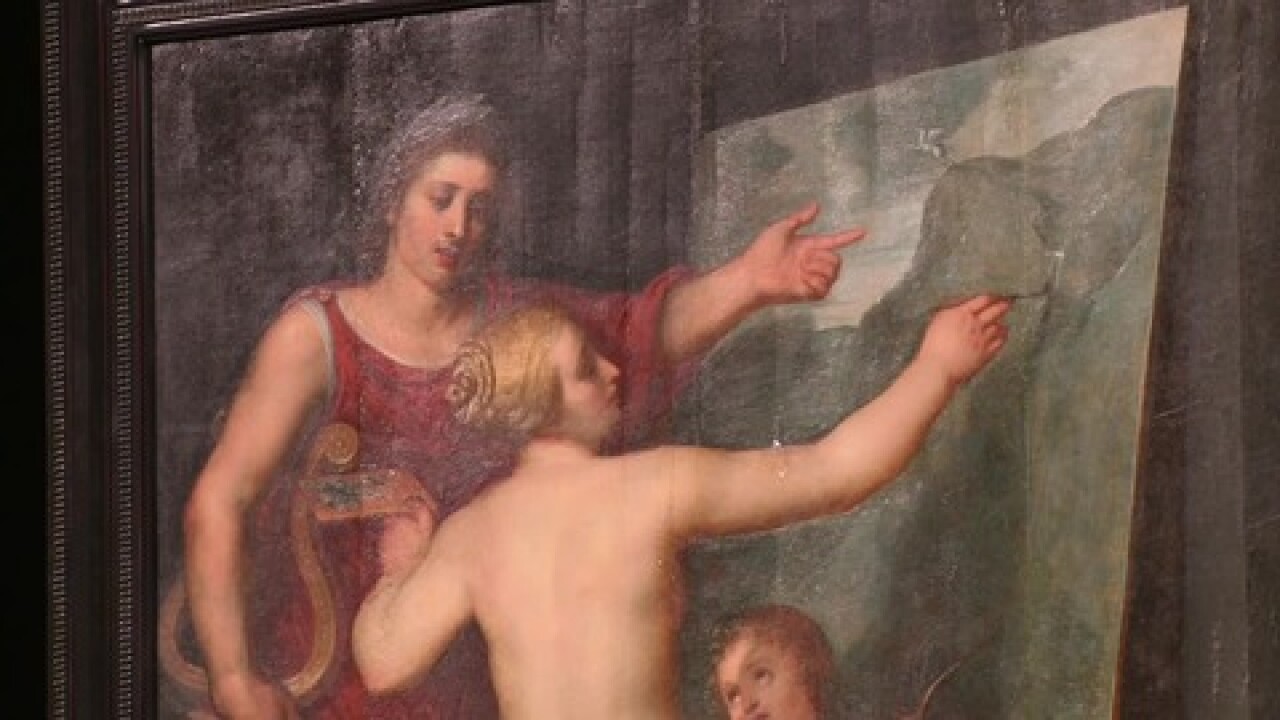 Robert Warren was poking through his art gallery’s closet when he stumbled on an old painting hidden behind a table.

At first, it didn’t look like much: a dingy, oil-on-wood panel of nude mythological figures. It had suffered water damage, and it was cracked in places.

“I didn’t think it was anything of value,” said Warren, executive director of the Hoyt Sherman Place art complex in Des Moines, Iowa. “I wasn’t sure why it would’ve been in that closet.”

This was right before Presidents Day weekend in 2016. The story might have ended there, but on the back of the painting Warren found what looked like an auction sticker.

And from that clue he began an extended sleuthing journey that would eventually uncover the truth: The painting is the work of 16th-century Dutch master Otto van Veen (1556-1629) and it’s likely worth more than $4 million.

What Warren thought was an auction sticker turned out to be a tag indicating the painting had once hung in New York’s Metropolitan Museum of Art.

As he soon learned, it was loaned to the Met by a man named Nason Collins, who took the painting with him in the early 1900s when he and his family resettled in Des Moines. Collins’ granddaughter later donated it and four other paintings to the Des Moines Women’s Club, which established an art gallery at Hoyt Sherman Place.

But who was the artist? The tag identified him as Renaissance painter Federico Barocci, but Warren consulted art conservators and scholars who eventually traced the painting back to van Veen. Titled “Apollo and Venus,” it’s believed to have been created between 1595 and 1600.

The painting depicts the mythological figures of Apollo and Venus, the goddess of love, along with a cherub who may be her son Cupid. Apollo is holding a lyre and Venus is naked, painting on a canvas. Nearby are a collection of jewelry, a basket of fruit and flowers, a sprig of roses and a bowl of oysters.

Despite its beauty, the painting was apparently never displayed. Warren said it’s probably because it was too suggestive for Iowa viewers in the early half of the 20th century.

“There were no other nudes in any other paintings in the collection,” Warren said. “It’s a very sensual painting.”

It took nearly a year to get the painting restored and framed, Warren said.

The value of the painting is unclear. But it could be worth $4 million to $11 million based on sales of other works by van Veen, Warren said.

He said there are no plans to sell, however.

Hoyt Sherman Place held a private unveiling of the artwork last month. Now the gallery is making plans to display it permanently.

“People want to come in and see it,” Warren said. “But we have to wait until security is updated.”