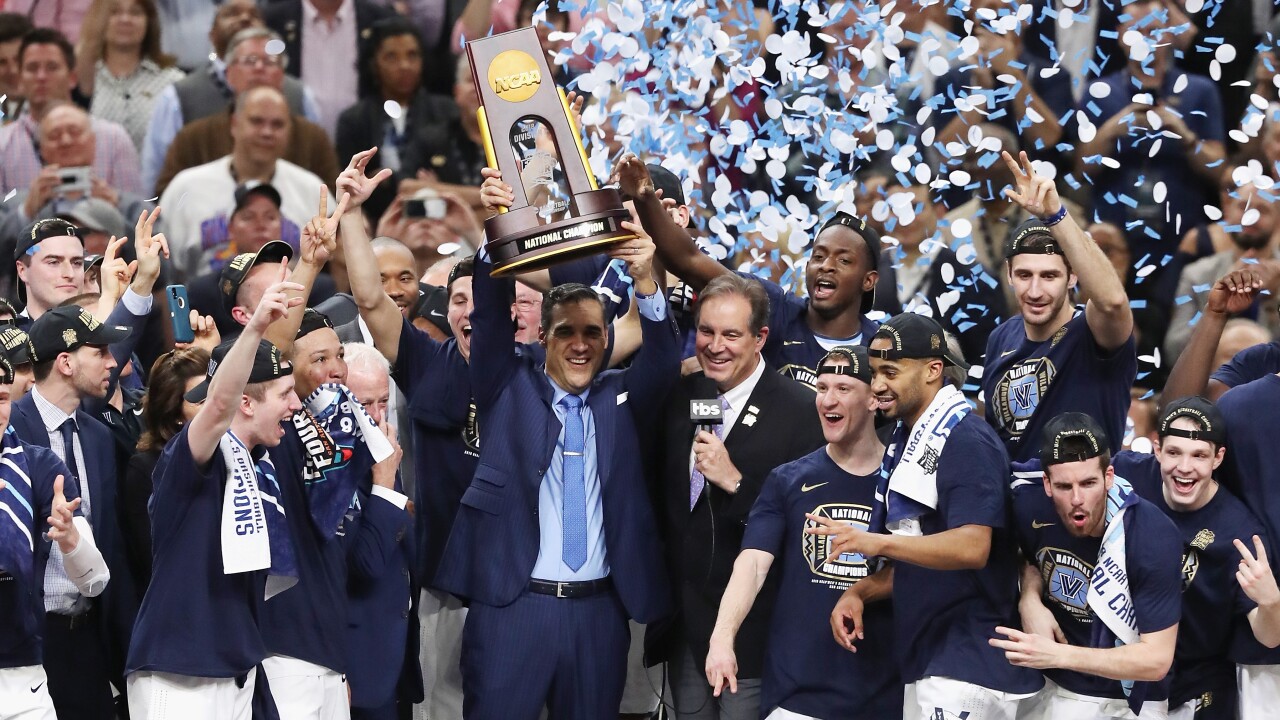 SAN ANTONIO, Texas – It was as wild of an NCAA basketball tournament as we’ve seen. The 2018 ‘Big Dance’ featured an 11-seed (Loyola-Chicago) reaching the Final Four and a 16-seed (Maryland-Baltimore County) beating a 1-seed. But, in the end: number one was number one.

Villanova, the top-seed in the East region and a team that spent several weeks atop the national polls this season, defeats Michigan 79-62 Monday to win the NCAA championship. It’s the second national title in three years for the Wildcats.

Donte DiVincenzo, a bench player for Villanova, led the way for the Wildcats with a career-high 31 points. That mark sets a new title game record for most points by a player who was not a part of the starting lineup.