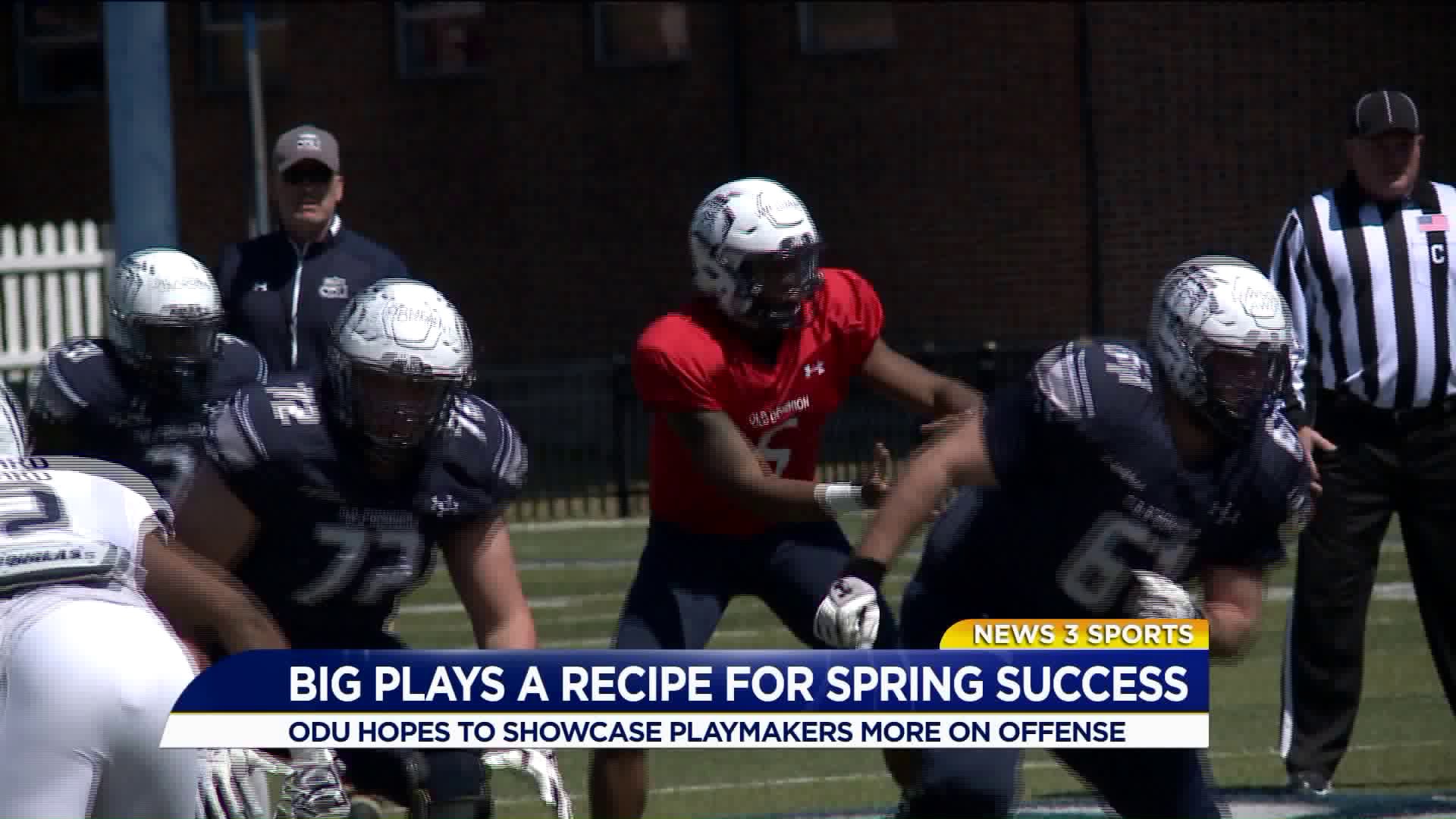 NORFOLK, Va. - Old Dominion is expecting a boost in it's passing game with the receiver Jonathan Duhart returning from injury this season. Senior Travis Fulgham is also on track to take the next step in his game on the opposite side of Duhart.

Isaiah Harper breaks for a touchdown

Along with those two on the outside, the man in the middle, Isaiah Harper, is who the Monarchs plan to hit home runs with.

What the shifty 5'9" receiver out of Woodbridge lacks in size, he makes up with speed and agility. In ODU's first intrasquad spring scrimmage, quarterback Steven Williams connected with Harper on a screen that resulted in a 45-yard touchdown.

Harper was electric on special teams last year, earning Conference USA's Specialist of the Year award at the end of the season.

"That was great to see Isaiah that's a 40-yard screen pass, he made some guys miss, he's clearly one of the most explosive players in the country," head coach Bobby Wilder said. "He was special teams player of the year last year, and what you saw today was how we're going to try and get him the ball in different situations."