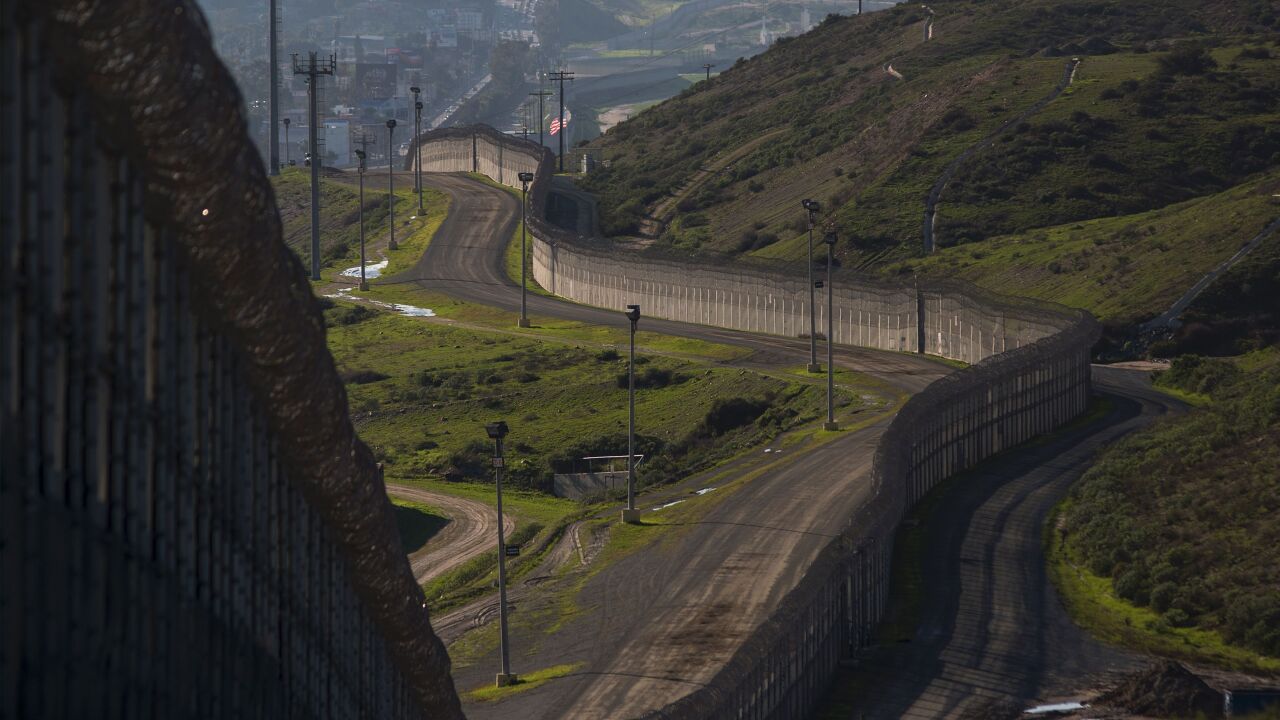 Multiple layers of steel walls, fences, razor wire and other barricades are viewed from the United States side of the of the US-Mexico border on January 26, 2017 in San Ysidro, California. President Donald Trump has ordered work to begin on building a wall along the Mexican border, angering his southern neighbor with his hardline stance on immigration. / AFP / DAVID MCNEW (Photo credit should read DAVID MCNEW/AFP/Getty Images)

The press briefing is in regards to an update on border wall construction.

Trump cited misgivings about its contents but said it was needed for national security reasons as he spoke alongside his secretaries of Defense, Homeland Security and Commerce at the White House.

But Trump warned it will be the last time he will sign a similar plan.

Trump also recently suggests the US military foot the bill for the border wall.