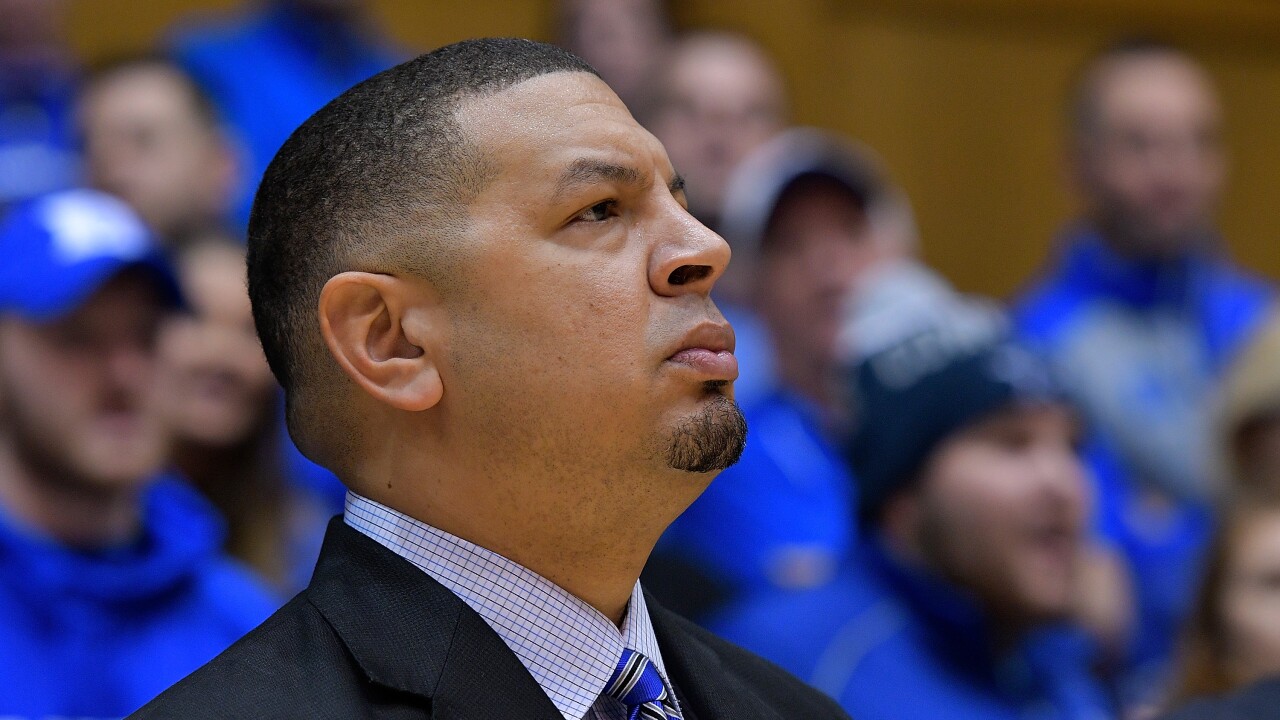 PITTSBURGH (PittsburghPanthers.com) – Jeff Capel has been named the head coach of the University of Pittsburgh men’s basketball program as announced Tuesday afternoon by Pitt Director of Athletics Heather Lyke.

“We are excited to announce Jeff Capel as our head men’s basketball coach at the University of Pittsburgh,” said Lyke. “Coach Capel is a high-energy leader committed to being a part of our university and the city of Pittsburgh. He has a tremendous basketball pedigree and a strong track record of recruiting, developing and mentoring high-quality student-athletes. His relentless work ethic, passion for the game and clear vision of how to build a program capable of competing at the highest levels in the ACC and on the national stage are impressive. I look forward to our student-athletes, fans, donors and the Oakland Zoo getting to know Coach Capel and his family and watching this program flourish under his direction.”

Capel has spent the past seven seasons at Duke University, including the past four seasons as associate head coach under Mike Krzyzewski. In seven seasons at Duke, he has helped guide the Blue Devils to a 200-55 (.784) record, seven NCAA Tournament appearances, the 2017 ACC Tournament championship and the 2015 National Championship. In that time, Capel has also helped secure commitments from 19 McDonald’s All-Americans as Duke has signed a top-two class in each of the past five years, including the top class in 2014, 2015 and 2018.

“I am honored to be named the head coach of the University of Pittsburgh men’s basketball program,” said Capel. “Pitt has a great tradition of success and I look forward to putting together a staff and team that will enable us to build on that tradition. As a lifelong Steelers fan, I know Pittsburgh as the ‘City of Champions’ and our goal from day one will be to recruit, coach and develop champions on the court, in the classroom and in the community.”

Prior to his return to Duke, Capel had successful head coaching stints at the University of Oklahoma (2007-11) and Virginia Commonwealth University (2003-06). He led the Sooners to a pair of NCAA Tournament appearances, including an Elite Eight run in 2009 with National Player of the Year and future NBA No. 1 overall selection Blake Griffin. In four seasons at VCU, Capel led the Rams to 79 wins with a .694 winning percentage in conference play.

Overall, he has 175 wins as a head coach and has mentored 13 NBA first round draft picks, including six lottery picks.

Capel has also played a prominent role with USA Basketball as a member of Krzyzewski’s staff with the U.S. National Team and as head coach of the gold-medal winning USA team at the 2010 FIBA Americas Championship.

“My lifelong journey around the game of basketball has taught me to surround yourself with great people that you believe in,” said Capel. “My meetings with Director of Athletics Heather Lyke and Chancellor Gallagher made a huge impact in the decision process. I was thoroughly impressed with their vision for the University of Pittsburgh, the athletic department and our program. I look forward to building outstanding relationships with the leadership team at Pitt as well as with the numerous individuals who will help shape our program.”

Capel is the 16th head coach in program history and takes over a team that went 8-24 overall and 0-18 in the ACC a year ago. The Panthers have missed postseason play in each of the past two seasons, but have reached the NCAA Tournament in 13 of the past 20 seasons overall.

“Duke University and Coach K have had a profound impact on my life,” said Capel. “I have learned so much about myself, first as a player and then as a coach but most importantly as a man during my time in Durham. The values I have learned from Coach K, his family and his teams will continue to have a significant impact on my career as I look to build on a great tradition here at Pitt.”