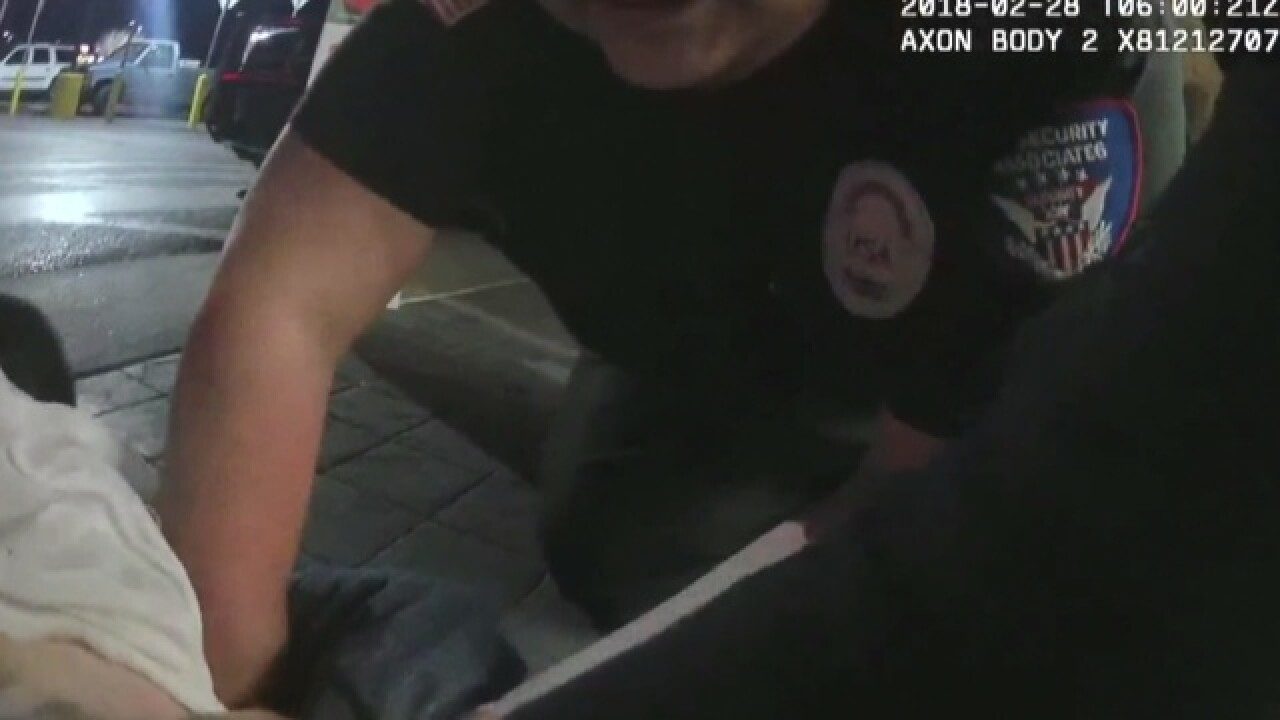 ALBUQUERQUE, N.M. – An alleged shoplifter was caught on a police officer’s body camera crying during his arrest, then attempting to run away after slipping from his handcuffs.

According to KRQE, Jorge Gonzales was stepped by Albuquerque Police as he was trying to leave a Walmart store with several items he didn’t pay for.

He tried to plea with police before slipping from his handcuffs and making a run for the exit. He didn’t get very far though, tripping and falling, allowing officers to catch up.

Police say Gonzales tried to punch them, and reached for an officer’s taser, instead grabbing a tourniquet.

He was ultimately arrested and charged with several felonies. Police say he has a history of felony charges related to theft.