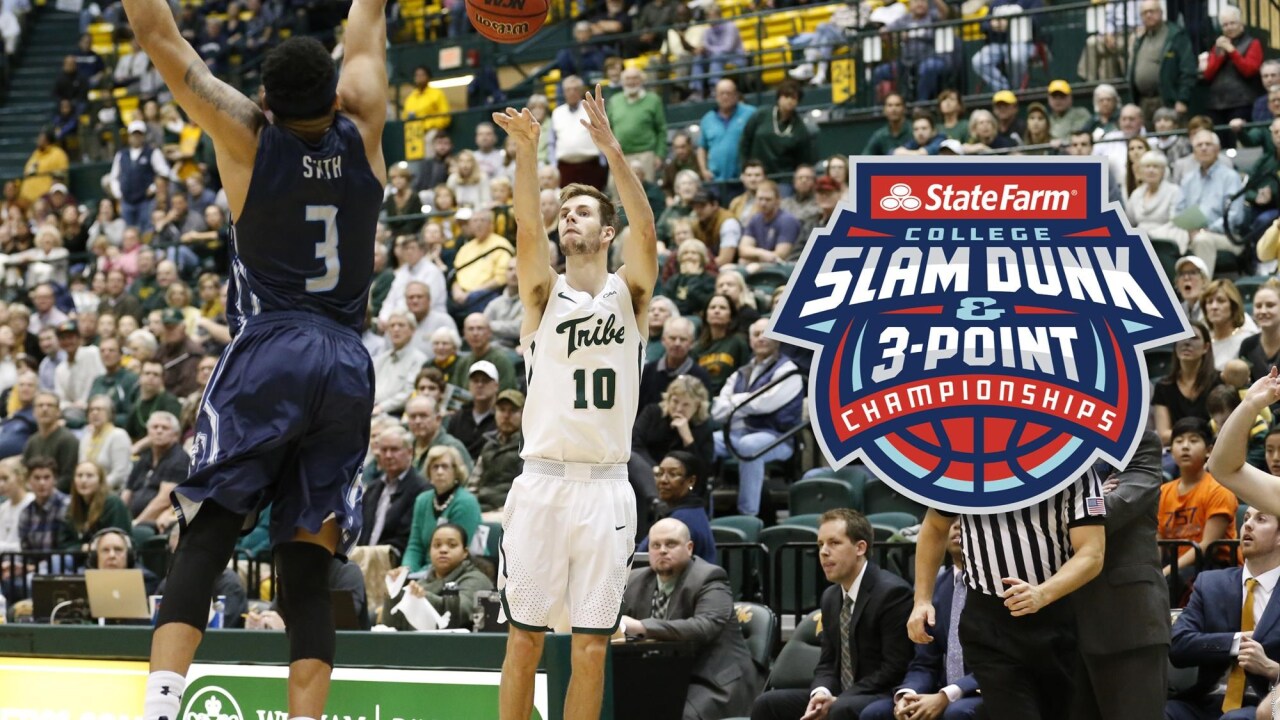 Burchfield is one of eight men’s college basketball players selected for the event that will air live on ESPN2 at 9 p.m. ET. He was invited to take part in the 3-Point Championship after being recognized as one of the nation’s finest shooters from 3-point territory.

The Concord, N.C., native started 28 of 31 games as a senior and averaged 12.6 points, 3.3 rebounds and 1.9 assists per game. He knocked down 89 3-pointers in 2017-18, which ranks fifth on the Tribe’s single-season list, and his 2.9 3-pointers made per game ranked 51st nationally. His 179 career 3-pointers rank eighth in W&M history. In the Tribe’s 114-104 win over Conference USA Champion Marshall, Burchfield connected on a CAA record tying 10 3-pointers, which was the fifth most in a singles Division I game this season.  He was named the CAA Player of the Week for his efforts.

Intersport, producers of the event, invites 24 of the nation’s elite men’s and women’s college basketball players to compete in the State Farm College Slam Dunk & 3-Point Championships (eight dunkers, along with eight men’s and eight women’s shooters). The program showcases the dunking and sharp-shooting talents of the nation’s top college basketball players during the Great Clips Men’s 3-Point Shooting Championship, the Marine’s Women’s 3-Point Shooting Championship, the Samsung Battle of the Champions, the Dunkin’ Donuts Slam Dunk Championship and the Applebee’s Team Shootout. A complete roster of participants will be released at a later date.

Tickets for the 2018 State Farm College Slam Dunk & 3-Point Championships are on sale now and can be purchased at CollegeSlam.com. General admission tickets are $15.