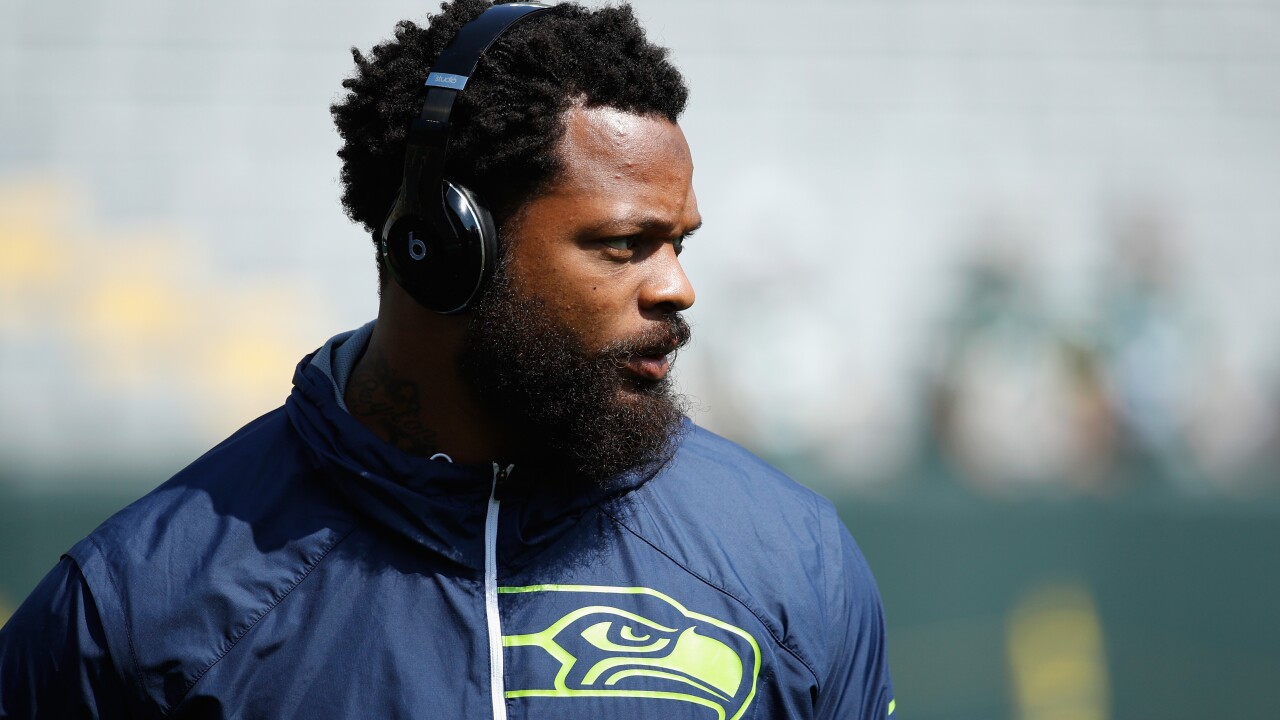 HARRIS COUNTY, Texas – Nine year NFL veteran Michael Bennett, recently traded to the Super Bowl champion Philadelphia Eagles, has been indicted by a grand jury in Texas for actions that allegedly took place at Super Bowl LI in Houston’s NRG Stadium. A warrant has been issued for his arrest.

According to the indictment, Bennett faces a felony charge of injury of the elderly for injuring a 66-year-old paraplegic who was working at NRG Stadium to control access to the field at SuperBowl LI.

According to prosecutors, Bennett was a spectator – in town to watch his brother play. Martellus Bennett, then a tight end for the New England Patriots, caught five passes for 62 yards in New England’s 34-28 victory vs. Atlanta in Super Bowl LI.

Immediately following the game, Bennett shoved his way on to the field where players were gathering to celebrate. NRG Security personnel, including the 66-year-old disabled victim, told Bennett he had to use a different entrance for field access.

Instead, he pushed through them, including the elderly woman who was part of the security team.

The charge, injury to the elderly, includes intentionally and knowingly, causing bodily injury to a person 65 years or older.

The District Attorney’s office says, if convicted, Bennett faces a penalty of up to ten years in prison and a $10,000 fine.

Mark Berman of KRIV-TV in Houston obtained a quote from Art Acevedo – Police Chief of the Houston Police Department. Chief Acevedo says Bennett claimed, “You all must not know who I am. I could own this (place). I’m going on the field whether you like it or not.”

In a statement published by ESPN’s Adam Schefter, the Eagles say they are aware of the situation and are in the process of gathering more information.

Bennett is a three-time Pro Bowler and his 54 career sacks rank 28th among active NFL players. He attended Alief Taylor High School, just outside of Houston, and played college football at Texas A&M.

“We are aware of the situation involving Michael Bennett and are in the process of gathering more information. Because this is an ongoing legal matter, we will have no further comment at this time.”