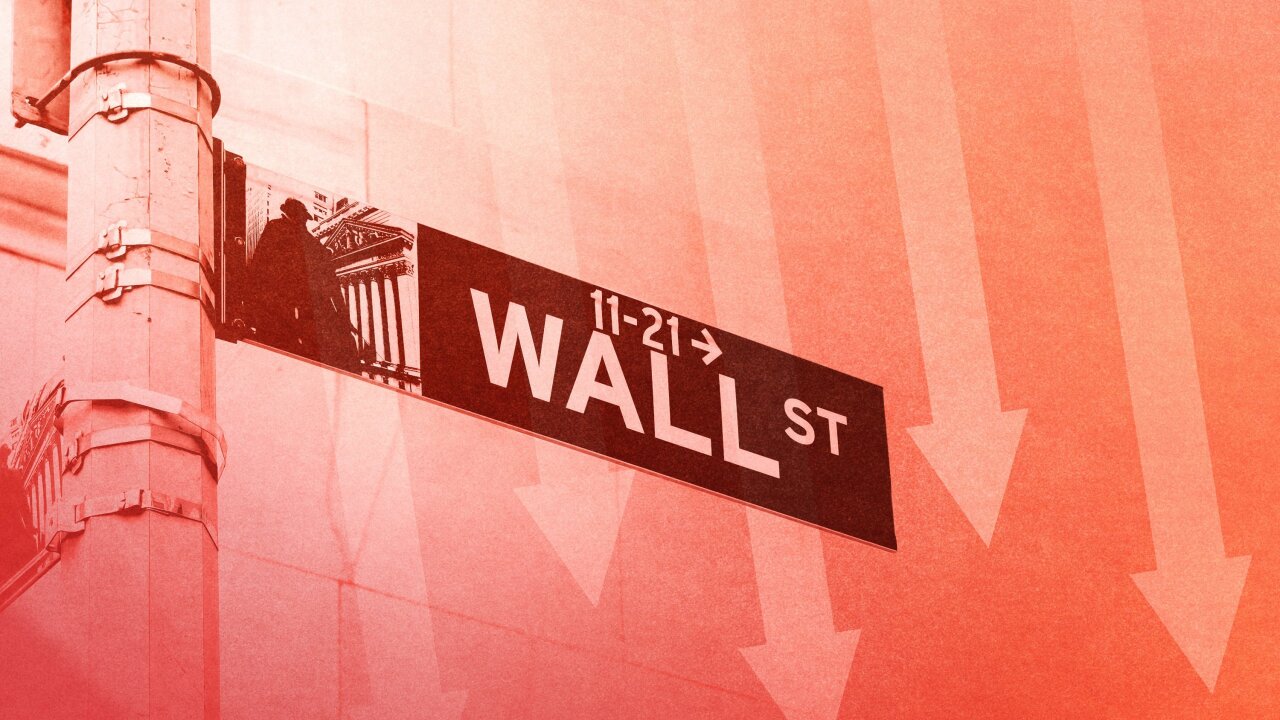 The Dow plummeted 724 points, or 2.9%, underlining mounting concerns among investors about looming tariffs on China. It was the fifth-largest point decline in history and the market’s worst day since the extreme turmoil of early February.

“A global trade war, whether it’s real or perceived, is what’s weighing on the market,” said Ian Winer, head of equities at Wedbush Securities. “There’s this huge uncertainty now. If China decides to get tough on agriculture or anything else, that will really spook people.”

Trump announced tariffs on about $50 billion worth of Chinese imports on Thursday afternoon. It’s not clear which products will be hit, but the action is aimed at curbing China’s troubling theft of US intellectual property.

“We have a tremendous intellectual property theft situation going on,” Trump said. He also described the US trade deficit with China as “out of control.”

China wasted little time in threatening to retaliate against the United States, underlining the risk of a tit-for-tat escalation that hurts global trade.

Beijing warned on Thursday it will “certainly take all necessary measures to resolutely defend” itself. China didn’t specify how it will respond, but US crops like soybeans are likely to be in the crosshairs.

“There is a lot of panic selling,” said Rich Guerrini, CEO of PNC Investments. “Are the tariffs a means of negotiating? There’s a decent chance of that, but it’s too early to tell.”

CNNMoney’s Fear & Greed Index, a measure of market sentiment, dropped further into “extreme fear.” The VIX volatility index soared 31%, though it remains well off the elevated levels of early February.

Wall Street’s biggest fear is a trade war, according to a recent survey of fund managers by Bank of America Merrill Lynch. The survey, released this week, found that for the first time since January 2017 the threat of a trade war topped inflation as the biggest risk to markets.

“What does this evolve into?” asked Mark Luschini, chief investment strategist at Janney Capital. “Should it denigrate into something that impairs business sentiment, that can feed into the economy and slow job growth.”

The biggest losers on the Dow on Thursday all have significant exposure to China: Caterpillar, 3M and Boeing. Each fell about 5%.

Michael Block, chief strategist at Rhino Trading Partners, said in a report that Trump’s tariff plan “has markets and the world at large freaking out a little.”

The trade crackdown is a big deal because the United States and China are the world’s two biggest economies. A major slowdown in trade could darken the otherwise bright economic outlook.

China is a major buyer of US crops, and Americans purchase tons of Chinese-made products. China is also America’s biggest creditor, owning more Treasuries than any other nation.

The euphoria that sent stocks skyrocketing to new heights as recently as January has disappeared. Fears about inflation and spiking bond yields caused an earthquake on Wall Street in early February. The market quickly tumbled into a correction, a 10% decline from previous highs.

But worries about inflation eventually faded, allowing the market to rebound. Now the focus is on Trump’s trade agenda.

Some market analysts questioned the wisdom of broad tariffs to tackle the very real problem of intellectual property theft.

“Isn’t there another way to deal with this that is more targeted?” Peter Boockvar, chief investment officer at The Bleakley Advisory Group, wrote in a report. “The American consumer again will be the pawn that pays for this.”

The trade worries could prove overdone if tensions between the United States and China ease.

Initial concerns about Trump’s tariffs on aluminum and steel relaxed after the administration softened its stance by offering exemptions for Canada and Mexico. The United States later granted tariff exemptions for major allies like the European Union, South Korea and Australia.

Trade jitters weren’t the only reason for the sell-off. Tech stocks remain under pressure as Facebook reels from a user data crisis. Facebook, one of the most widely held stocks, lost another 2.7% on Thursday.

Trump has recently taken a more aggressive stance against Special Counsel Robert Mueller. The market would probably fall sharply, at least at first, if Trump were to fire Mueller, analysts say.

Despite the market turmoil, analysts said the overall backdrop for stocks looks good. Job creation spiked to 313,000 in February, and corporate profits have surged to all-time highs.

“We have a strong economy with low unemployment. We don’t see wages spiking,” said PNC’s Guerrini.