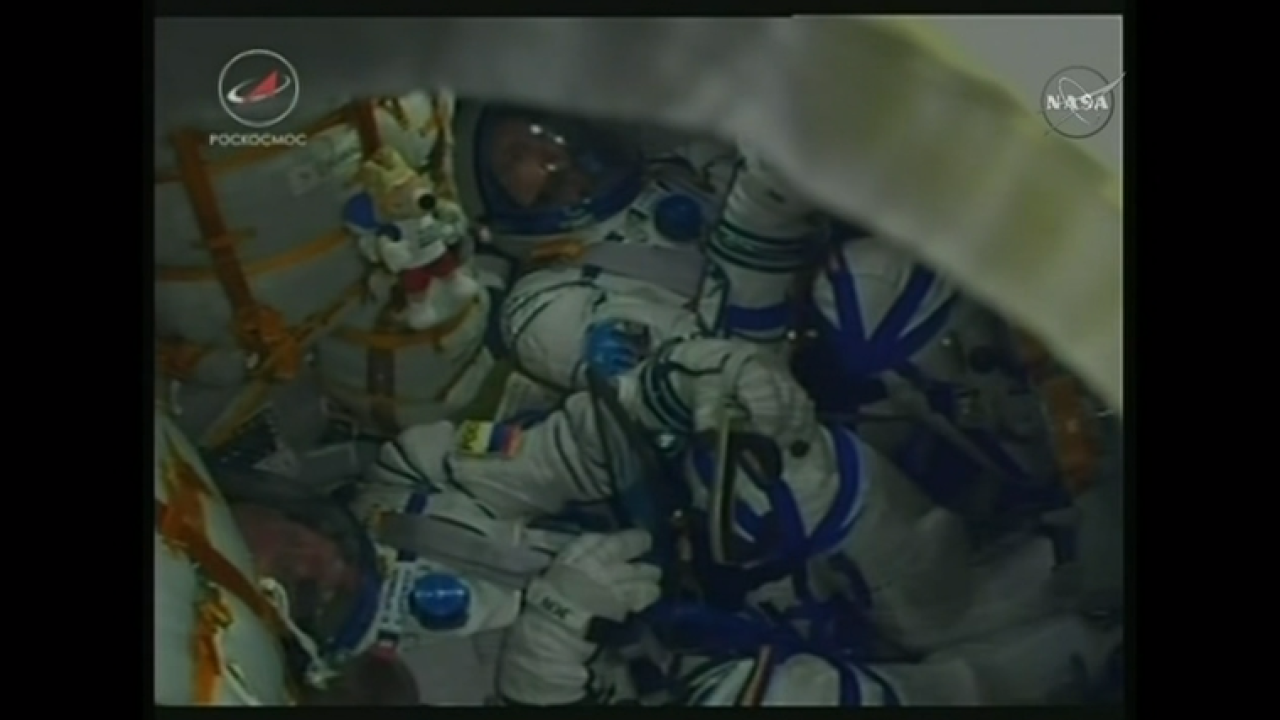 Two NASA astronauts and one Russian cosmonaut launched on a Russian Soyuz rocket bound for the International Space Station on Wednesday.

Shkaplerov, Tingle and Kanai are scheduled to return to Earth on June 3.