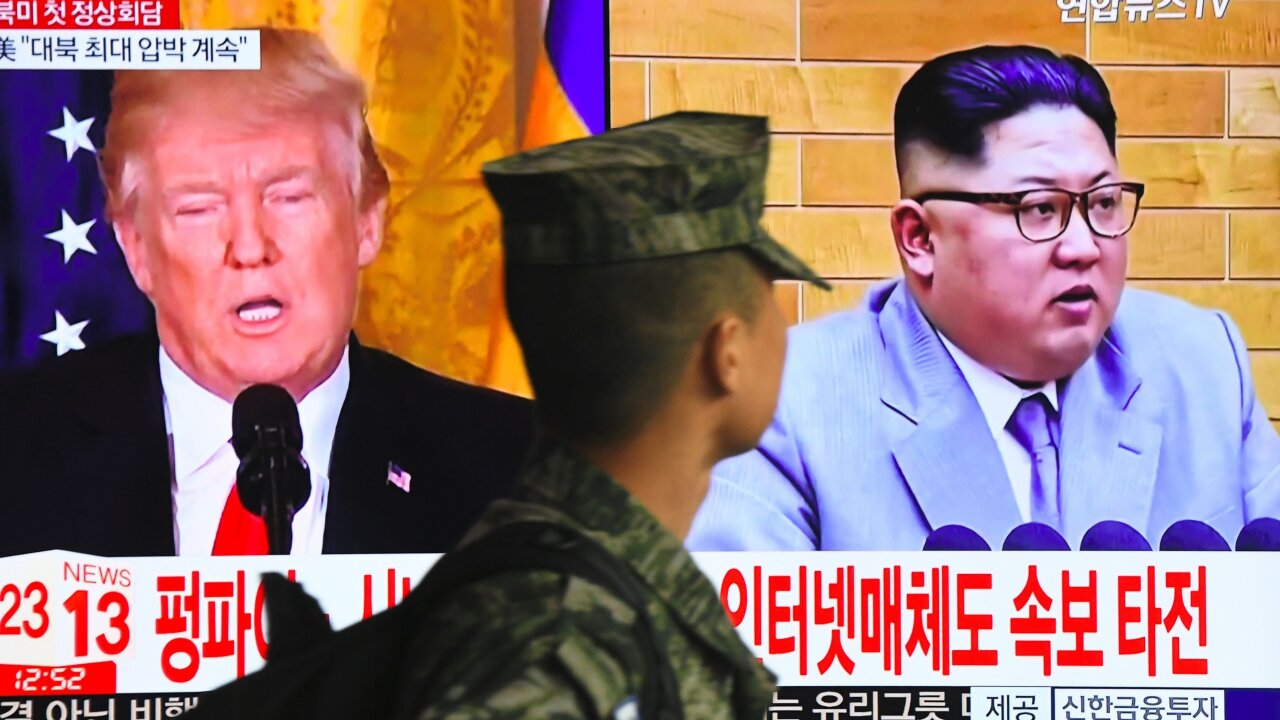 The US said Monday that its major “Foal Eagle and Key Resolve” annual military exercises with South Korea will start April 1, an announcement that comes as President Donald Trump readies for a potential major summit with North Korean leader Kim Jong Un, which could happen as early as May.

They were put on hold to avoid inflaming tensions on the Korean peninsula, but defense officials said Tuesday that joint military drills between the US and South Korea are back on and will take place on April 1.

While the two nations said the exercises would be similar in scale to those of previous years, the drills, as stipulated in a joint statement, appear to be occurring within a shorter timeframe.

The “Foal Eagle and Key Resolve” drills would begin on April 1 for four weeks, both countries said in a statement. Last year, Foal Eagle began on March 1 and continued until the end of April, lasting a total of two months.

Additionally, the shorter timeframe indicates that the drills might be over by the time US President Donald Trump meets with North Korean leader Kim Jong Un. The two are set for a historic meeting sometime before the end of May.

“Secretary of Defense James N. Mattis and the Republic of Korea Minister of National Defense Song Young-moo have agreed to resume the annual combined exercises including Foal Eagle and Key Resolve which were de-conflicted with the schedule of the Olympic Games. The exercises are expected to resume April 1, 2018, at a scale similar to that of the previous years,” Pentagon spokesman Col. Rob Manning said in a statement issued late Monday.

“The United Nations Command has notified the Korean People’s Army on the schedule as well as the defensive nature of the annual exercises,” Manning added, referring to the official name for North Korea’s military.

Some observers had questioned whether the 2018 version of the military exercises would be the same length and scale as previous iterations given the recent diplomatic engagement with North Korea, but Pentagon spokesman Lt. Col. Christopher Logan stressed that the exercises “are the same scale, scope and duration as previous years.”

North Korea often views military exercises between the US and South Korea as a provocation aimed at the North and has used such military maneuvers to justify its nuclear and missile programs.

In the past, Pyongyang and even Beijing have asked the US to suspend exercises to allow for diplomatic negotiations with North Korea regarding its nuclear program.

Remarkably, when South Korea’s national security adviser told reporters at the White House earlier this month that North Korea’s leader had invited Trump to meet, that Kim “understands that the routine joint military exercises between the Republic of Korea and the United States must continue.”

This year’s Foal Eagle field training exercises will involve about 11,500 US forces and some 290,000 South Korean troops, said Logan, the Pentagon spokesman.

“Our combined exercises are defense-oriented and there is no reason for North Korea to view them as a provocation,” Logan said, adding, “They ensure the ROK-US alliance is prepared to defend the Republic of Korea.”