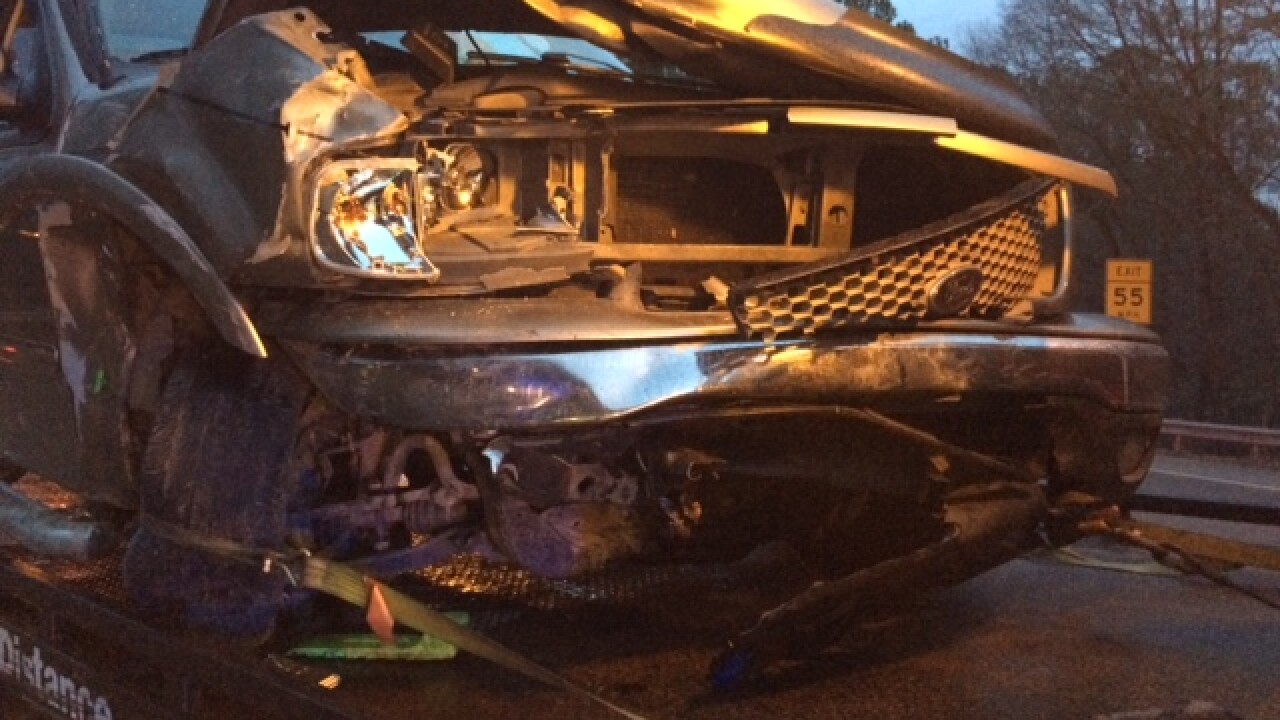 CHESAPEAKE, Va – A Portsmouth man has been arrested following a head-on collision on I-664 Sunday morning, according to Virginia State Police.

Police say Michael Bright, 35, was driving a Ford F-150 pickup truck in the wrong direction on I-264 eastbound.

According to police, an investigation reveals that Bright was driving while intoxicated.

Meanwhile, a man was driving a Chevrolet Suburban south on I-664 preparing to go onto I-264E. The driver and his passenger were wearing their seat belts when they were hit head-on by the pickup truck, causing both air bags to deploy.

The two were taken to Sentara Norfolk General Hospital. The extent of their injuries is unknown.

Bright was arrested for driving under the influence.