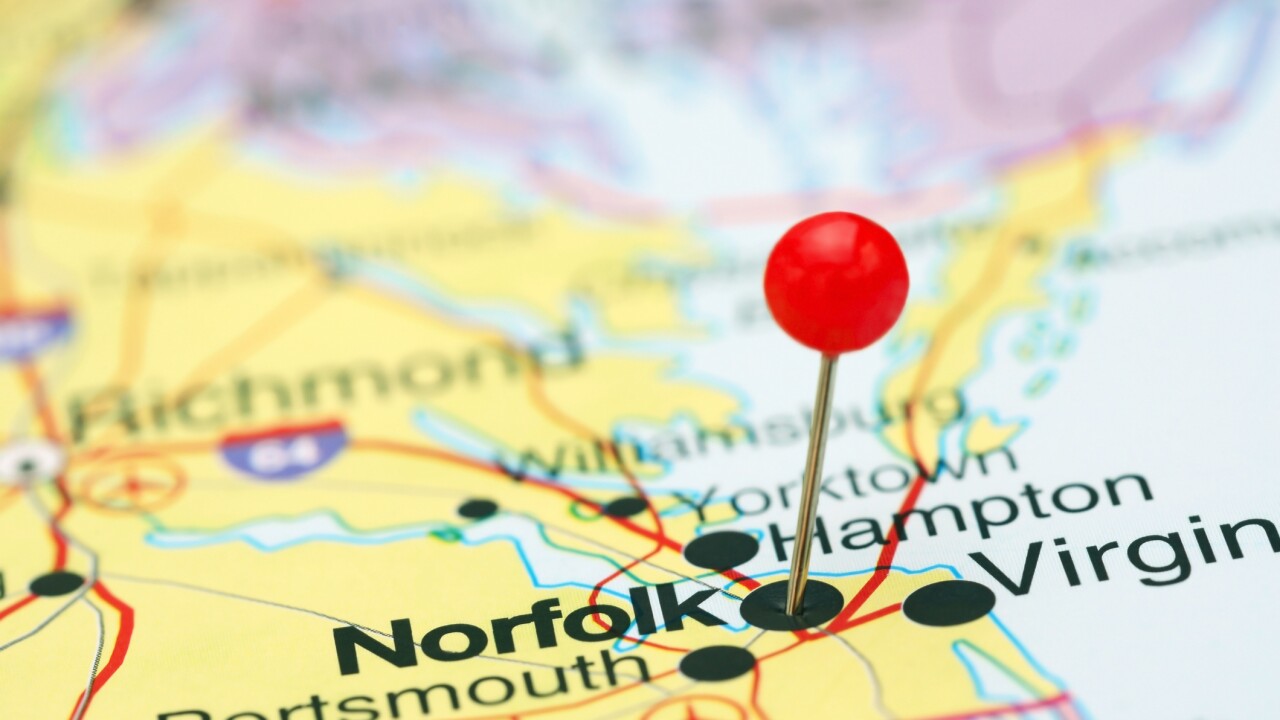 Photo of pinned Norfolk on a map of USA. May be used as illustration for travelling theme.

To make the list, WalletHub says they examined each city based on 28 key indicators of happiness, ranging from depression rate to income-growth rate to average leisure time spent per day.

When it comes to Hampton Roads cities, Chesapeake ranked the highest, coming in at an overall rank of 48. The city was given an overall score of 63.21, ranking 85th for ‘Emotional & Physical Well-Being,’ 127th for ‘Income & Employment,’ and 4th for ‘Community & Involvement.’

Virginia Beach wasn’t ranked far behind, coming in at an overall rank of 54 and with an overall score of 62.80. The city ranked 72nd for ‘Emotional & Physical Well-Being,’ 112th for ‘Income & Employment,’ and 16th for ‘Community & Involvement.’

Coming in a little further down the list were Newport News and Norfolk, coming in at 121st and 134th, respectively.

Richmond also made the list, coming in at 151st.