People Taking Action: Smithfield resident comes to the rescue after his neighbor loses her beloved pup 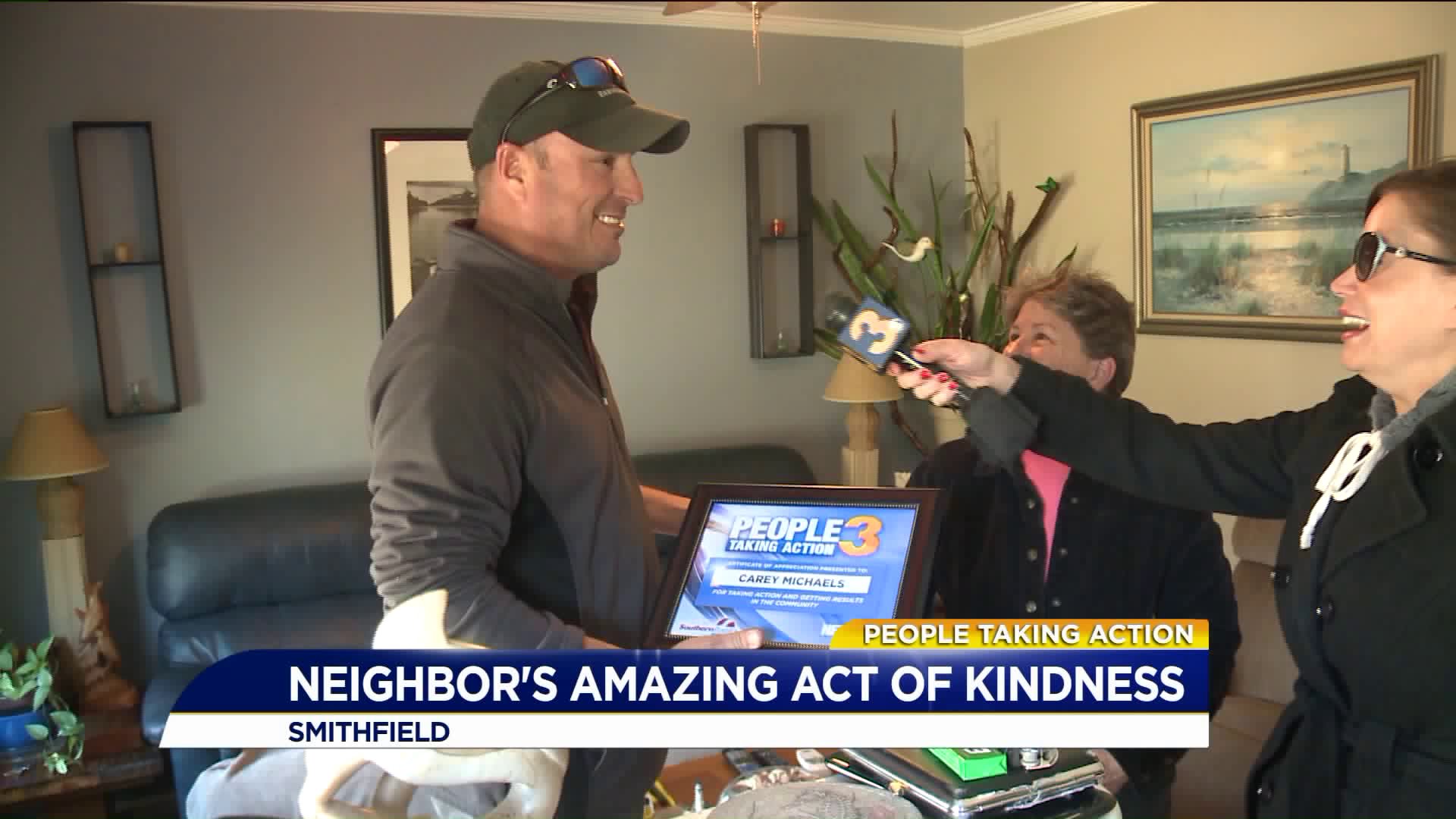 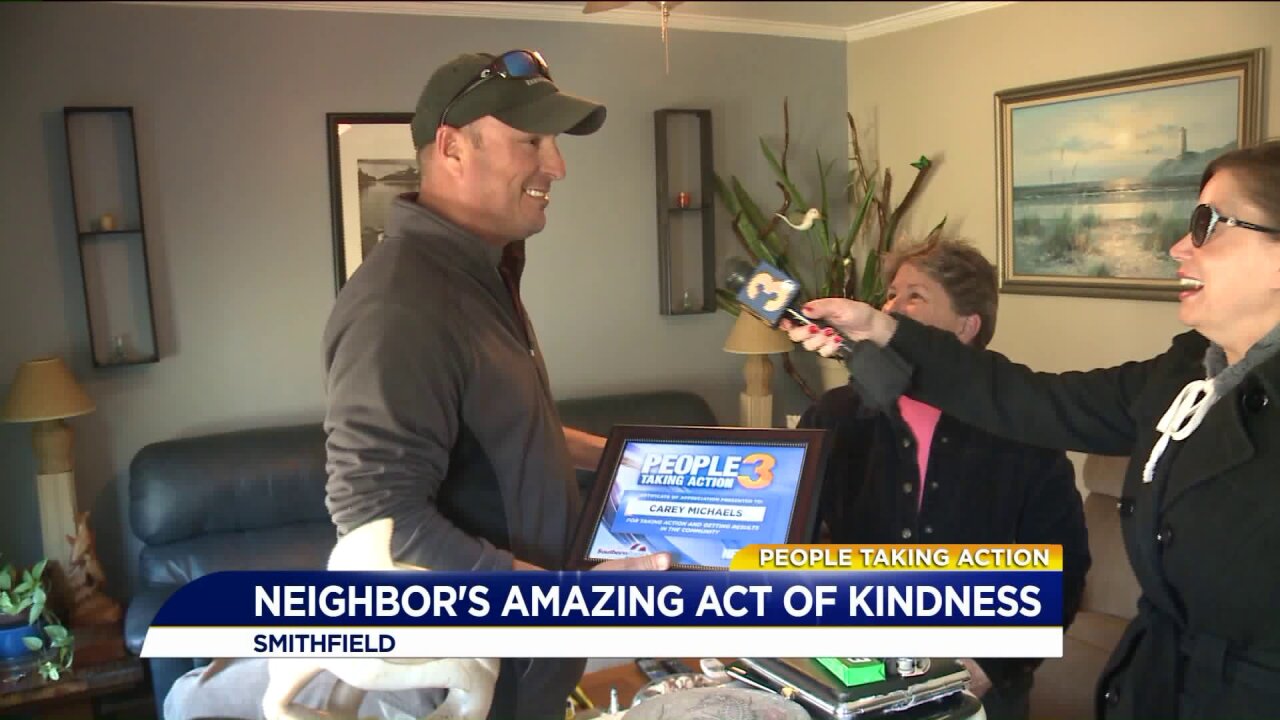 SMITHFIELD, Va. - “He was everything; I mean I couldn’t stand it after I lost him 'cause I’d come home and the house was empty, and it was quiet.”

She lives alone in a rural area and Champ was her world.

“He was my best friend. He really was and he meant everything, everything," Cheryl said.  “All of a sudden got sick and took him in and he had cancer.”

It was so advanced, he had to be put down. She left the vet alone that day.

“I was too lonely. There was no fur love," she said.

That’s where our hero comes into the picture: Next-door neighbor Carey Michael.  Seeing Cheryl’s overwhelming grief over Champ, he decided to find her a new pup.

‘I just stood there and little Sandy, seven weeks old, she just came running up to me and I thought, 'There she is! Thank you, Lord there she is," Carey said.

You could hear Sandy barking from another room.

That was a few months ago, and little Sandy is not so little any more.

We couldn’t let this good deed go unnoticed. Cheryl asked Carey to come over to help her move something heavy, but it was all a ruse so we all could thank him.

“We would like to present you with a People Taking Action award!" News 3's Beverly Kidd told him.

“I thought I was coming over here to move a stove," he said in disbelief.

We also presented him with a  $300 gift card from our community partner, Southern Bank.

“This is awesome! This is a crazy surprise, so thank you very much," Carey said.

Carey and his family moved out four years ago, and he says the neighbors do rely on each other and they’ve all become very close.

“Everybody knows one another we all get together, so it's been nice," he said.

Now Cheryl has a rambunctious new best friend and a beautiful memory of her old best friend that will always be in her heart.

“This is the biggest loss, but the biggest gift that God could ever give me," Cheryl said.