March Madness: All you need to know about Va. and N.C. schools playing in NCAA Tourney 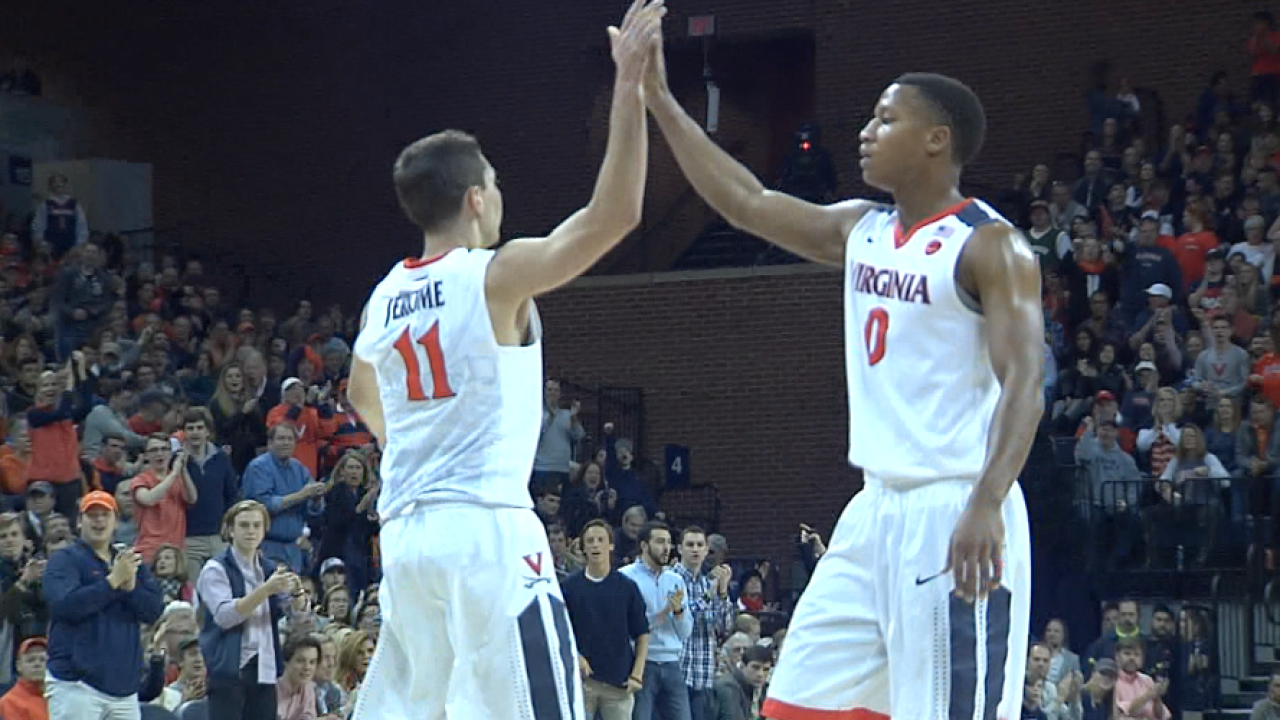 Hampton Roads, Va./Northeast N.C. – News 3 viewers are passionate about their sports, and will be even more so with nine teams combined  from Virginia and North Carolina making the Men’s NCAA Basketball Tournament.

UVA, Virginia Tech, Radford, North Carolina State, UNC, Duke, North Carolina Central, Davidson and UNC Greensboro are the nine teams that made it into the field of 68, with the Cavilers leading the field as the top seed in the tournament.

The Cavs are the top seed in the tournament and will play the University of Maryland, Baltimore County (UMBC) in the first round. They will play on March 16 at 9:20 p.m. in Charlotte, N.C.

The Hookies enter the NCAA Tourney as an 8 seed, and will play Alabama in Pittsburgh on March 15 at 9:20 p.m.

The Blue Devils will enter the tournament as a 2 seed and will play Iona March 15 at 2:45 p.m.

The Tarheels picked up a 2 seed with its run to the finals of the ACC Tournament on Saturday. They will play Lipscomb on March 16 at 2:45 p.m.

The Wolkpack willplay as a 9 seed in this year’s tournament, which will mark its first time back to the NCAA tourney since the 2014-15 season. They will play Seton Hall March 15 at 4:30 p.m.

This is Radford’s third time in the NCAA Tournament, the first since 2009, and to mark their accomplishment, they will play Long Island University Brooklyn on March 13 at 6:40 p.m., as part of the tournament’s “First Four” games.

NCCU beat out Hampton in the finals of the MEAC Tournament to clinch a spot in the dance. They will face Texas Southern on March 14 at 6:40 p.m., also as part of the tournament’s “First Four” games.