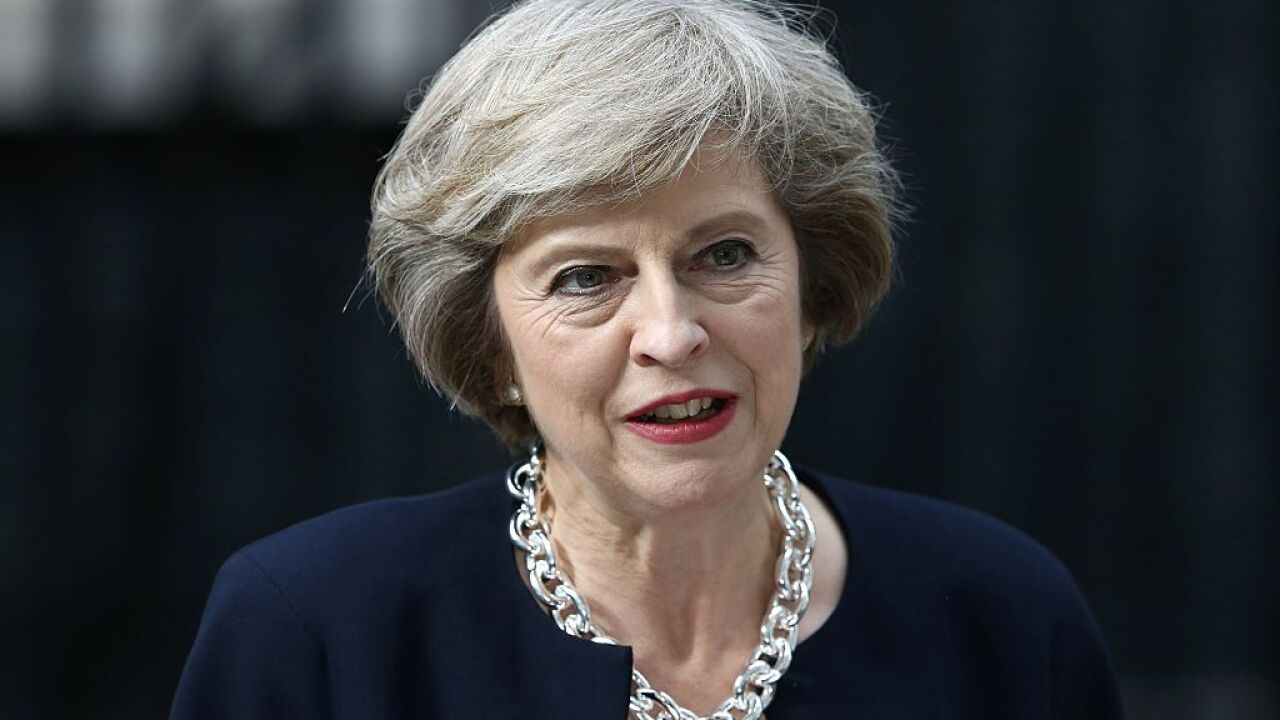 Britain’s new Prime Minister Theresa May speaks outside 10 Downing Street in central London on July 13, 2016 on the day she takes office following the formal resignation of David Cameron. Theresa May took office as Britain’s second female prime minister on July 13 charged with guiding the UK out of the European Union after a deeply devisive referendum campaign ended with Britain voting to leave and David Cameron resigning. / AFP / JUSTIN TALLIS (Photo credit should read JUSTIN TALLIS/AFP/Getty Images)

British Prime Minister Theresa May said Monday that Russia was “highly likely” responsible for the attempted murder of former Russian double agent Sergei Skripal and his daughter Yulia in the English city of Salisbury on March 4.

In a strongly worded statement to the House of Commons that is likely to plunge UK-Russia relations to a new low, May said the “military grade” nerve agent used in the attack had been identified as Novichok, a substance developed in the Soviet Union in the 1970s.

May said that the Russian ambassador has been summoned to the UK Foreign Office to explain whether the attack was “a direct action by the Russian state,” or the result of the Russian government “losing control” of its stock nerve agents.

“Should there be no credible response, we will conclude that this action amounts to an unlawful use of force by the Russian state against the United Kingdom,” May said.

“This attempted murder using a weapons-grade nerve agent in a British town was not just a crime against the Skripals. It was an indiscriminate and reckless act against the United Kingdom, putting the lives of innocent civilians at risk. And we will not tolerate such a brazen attempt to murder innocent civilians on our soil. ”

“The conclusion is obvious,” she continued. “This is another information and political campaign based on provocation.

“Before composing new fairy tales, let someone in the Kingdom tell you about how the previous ones about Litvinenko, Berezovsky, Perepilichny and many others ended,” she said, referring to other Russians who died in mysterious circumstances in the UK.

May: Attack took place against backdrop of ‘Russian state aggression’

The Skripals, believed by authorities to have been deliberately targeted, were found slumped on a bench near a shopping center in Salisbury eight days ago.

Sergei Skripal, 66, and his daughter Yulia, 33, remain in critical condition in hospital. A police officer who came into contact with the nerve agent, Detective Sgt. Nick Bailey, remains hospitalized in serious condition but has been speaking to visitors.

The relationship between Britain and Russia has been fractious ever since the assassination of former Russian spy Alexander Litvinenko in 2006 but this latest episode will plunge it even further into the abyss.

A British inquiry found that two Russian agents poisoned Litvinenko at a London hotel bar in 2006 by spiking his tea with highly radioactive polonium-210, and that Russian President Vladimir Putin “probably approved” Litvinenko’s killing. The Kremlin has always denied the accusation.

Both countries have acknowledged the deterioration of relations, with Russian Foreign Secretary Sergey Lavrov admitting in December it was “not a secret” that the Russia-UK relationship was at a “very low point.”

Those relations are unlikely to improve in the wake of May’s statement, in which the Prime Minister said the attack in Salisbury had taken place “against a backdrop of a well-established pattern of Russian state aggression.”

“Russia’s illegal annexation of Crimea was the first time since the Second World War that one sovereign nation has forcibly taken territory from another in Europe,” May said.

“Russia has fomented conflict in the Donbas, repeatedly violated the national airspace of several European countries, and mounted a sustained campaign of cyber espionage and disruption. This has included meddling in elections, and hacking the Danish Ministry of Defence and the Bundestag, among many others,” May added, referring to Germany’s Parliament.

May’s statement Monday followed a meeting of Britain’s National Security Council to discuss the investigation, and came after UK public health authorities warned that hundreds of people may have been affected by the attack. Traces of the nerve agent were detected in the Salisbury branch of the Italian restaurant Zizzi and The Mill pub.

Speaking with reporters Sunday, England’s chief medical officer, Sally Davies, urged customers who visited either location on the same day as Sergei Skripal to wash their clothes and any possessions they had with them at the time.

The announcement follows the deployment Friday of an additional 180 military personnel to help police investigate several sites amid concerns over potential contamination.

Police have so far identified more than 200 witnesses and 240 pieces of evidence in the attempted killing, UK Home Secretary Amber Rudd said Saturday.