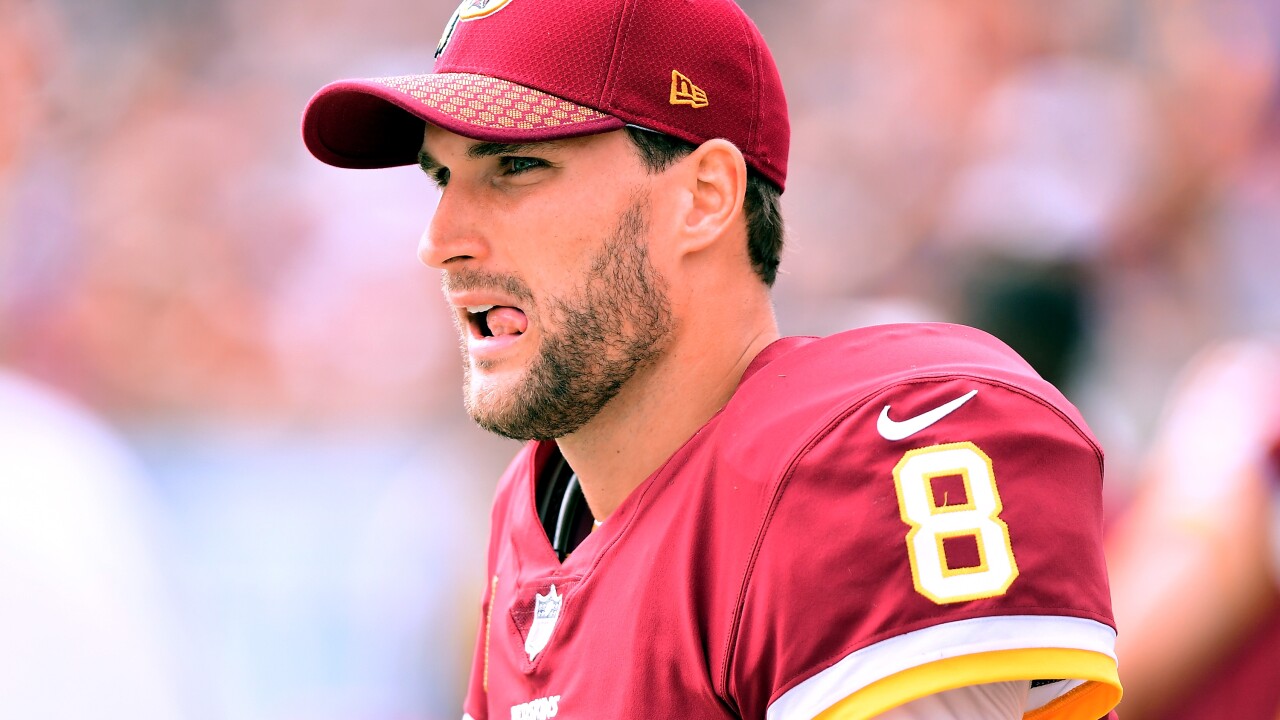 Kirk Cousins on the sidelines during the game against the Los Angeles Rams. (Photo by Harry How/Getty Images)

Kirk Cousins of the Washington Redskins warms up. (Photo by Norm Hall/Getty Images)

WASHINGTON – As the NFL’s free agency period begins and the Redskins prepare to move-on from starting quarterback Kirk Cousins, the QB published a goodbye letter to the ‘Skins and their fans Monday.

In his note, published on KirkCousins.org, Cousins writes, “The team has decided to move on to another option and, in turn, my family and I will be moving on as well. Knowing I will not be putting on a Redskins jersey next season, it’s hard to look back at all that’s taken place and not become emotional.”

Cousins went 26-30-and-1 as Redskins starting QB. He started every game the past three seasons, leading Washington to the playoffs in 2015 – his only postseason appearance. The Redskins lost to the Packers in the 2015 NFC Wild Card game.

In January, the Redskins agreed to trade for Chiefs quarterback Alex Smith – opening the door for Cousins to depart as a free agent. Cousins, who played on a one-year contract each of the past two seasons, is the first QB in NFL history to receive the franchise tag two straight seasons.

“My family and I will always have a piece of Washington deep in our hearts,” Cousins wrote. “I arrived as a single, 23-year-old from the Midwest — with a lot to learn and prove. I now leave as a husband of four years to my wife, Julie, and a father to my son, Cooper — but still with lots to learn and prove. When Cooper someday asks: “Hey Dad, what was it like playing for the Redskins?” I’ll proudly tell him it was a dream come true.”

What an incredible 6 years here in Washington. My childhood dream of becoming an NFL quarterback came true in this amazing city, and I have been truly blessed! https://t.co/FbYuUcVYjI pic.twitter.com/MJjH5f9cXH

Cousins’ letter in its entirety: