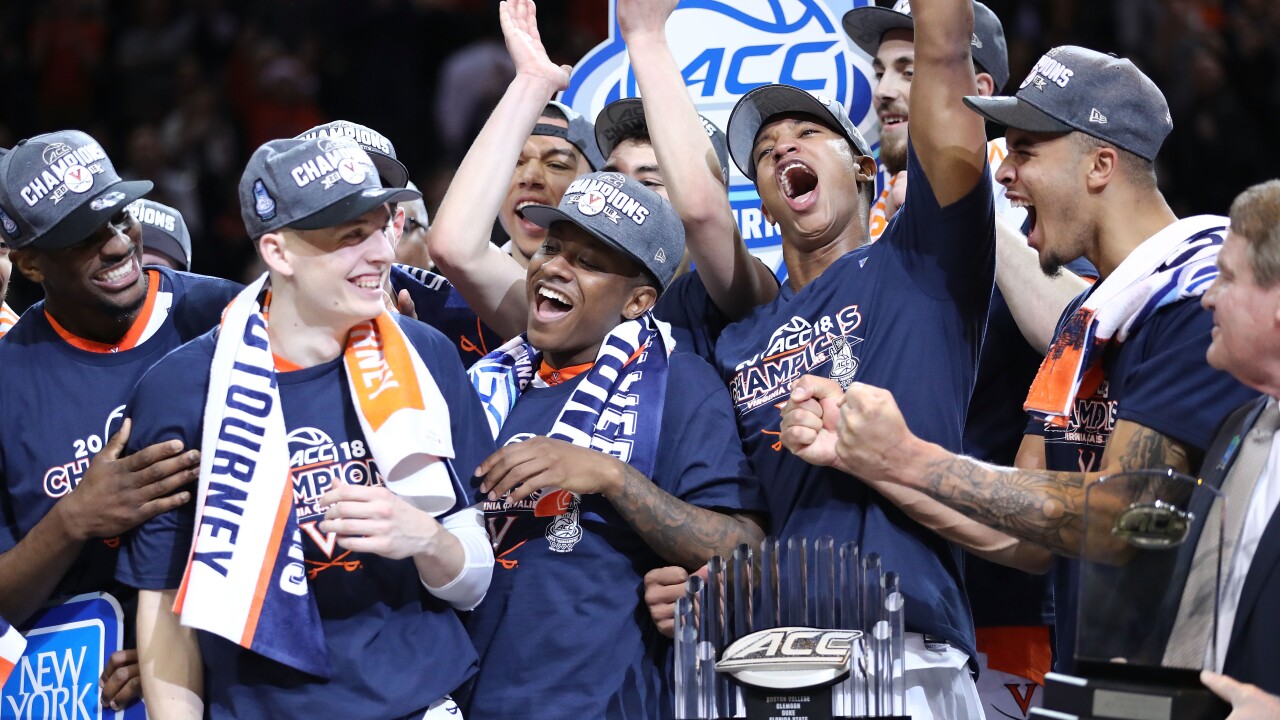 CHARLOTTESVILLE, Va. – For the third time in the last five years, Virginia will be a number one seed in the NCAA Tournament. Overall, it’s the sixth time in school history that the Cavaliers have been among the top four seeds in the tournament.

The Cavaliers will open up play in the South region in Charlotte against UMBC on Friday, March 16th at the Spectrum Center.

After reaching the ACC Tournament title game by beating Louisville and Clemson, the Cavaliers (31-and-2) beat North Carolina for the second time this season, and captured their second conference tournament crown since 2014.

In nine seasons at the helm, head coach Tony Bennett has taken UVA to the Elite Eight, but now he will try to lead the program to its first Final Four since 1984, and third overall. The Cavaliers were a one seed when they lost in the Final Four to North Carolina in 1981.

It's official, No. 1⃣ overall seed for the 2018 NCAA Tournament! 🔶🔷#GoHoos pic.twitter.com/ijHyZNB1Bt