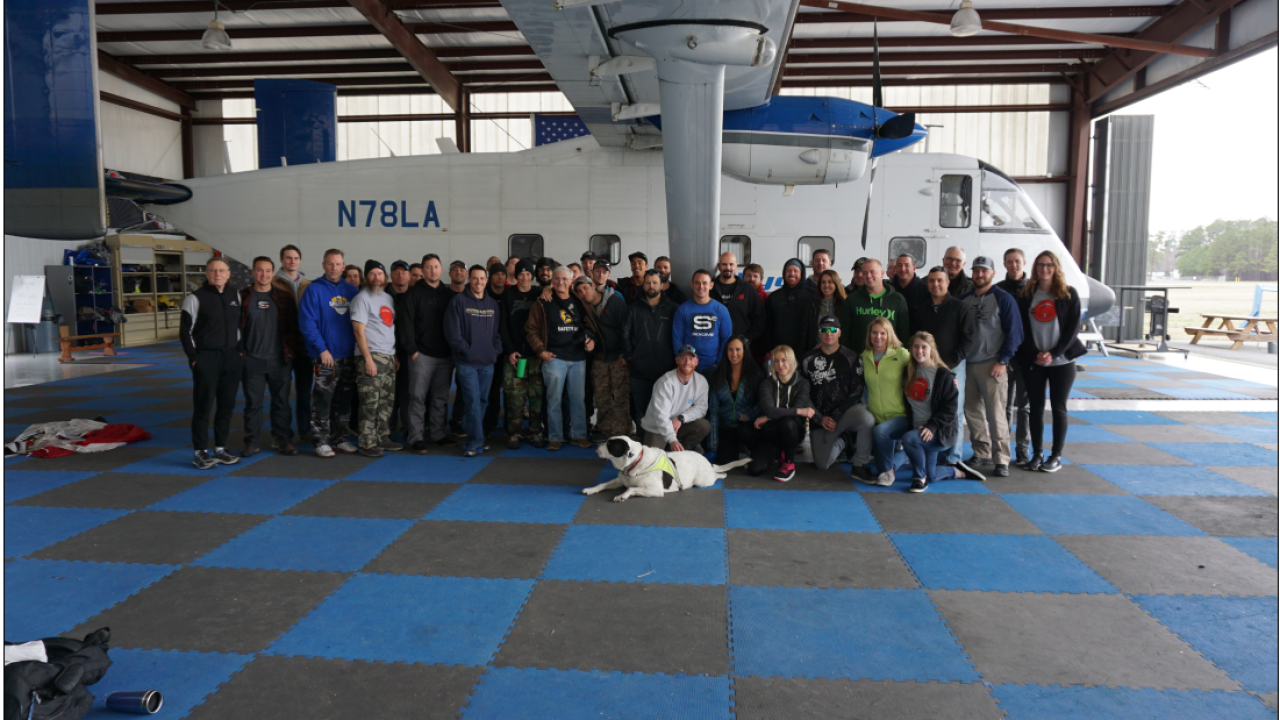 SUFFOLK, Va. – A Suffolk man didn’t let a near death experience stop him from doing what he loves.

Cody Marsh, who was injured in a high speed skydiving accident while performing a maneuver in July 2017, but made it back to the sport he loves on Saturday.

Marsh had suffered a traumatic brain injury as well as extensive injuries to his pelvis, femur and spine. This kept him away from his passion for months as he went through rehabilitation for his injuries.

His return came also on the day that Skydive Suffolk held its own event called Safety Day, which included a series of skydiving seminars and training drills that serve as both a refresher course and an introduction to new developments, equipment, disciplines and training methods.

Even though he went through a traumatic experience doing something he loves, he doesn’t think less of his choice to be involved in the sport, and wants others to enjoy what he has dedicated his life to mastering, promoting and making safe.

“People out on the street might think that oh they’re reckless jumping out of airplanes perfectly good airplane no we’re not reckless about it maybe back in the sixties they were for the most part like and that’s what today’s about bringing us together to talk about how we can do things better how we can make it safer.”

Safety Day at Skydive Suffolk was apart of the annual nationwide event that was first started by the U.S. Parachute Association in 1997.