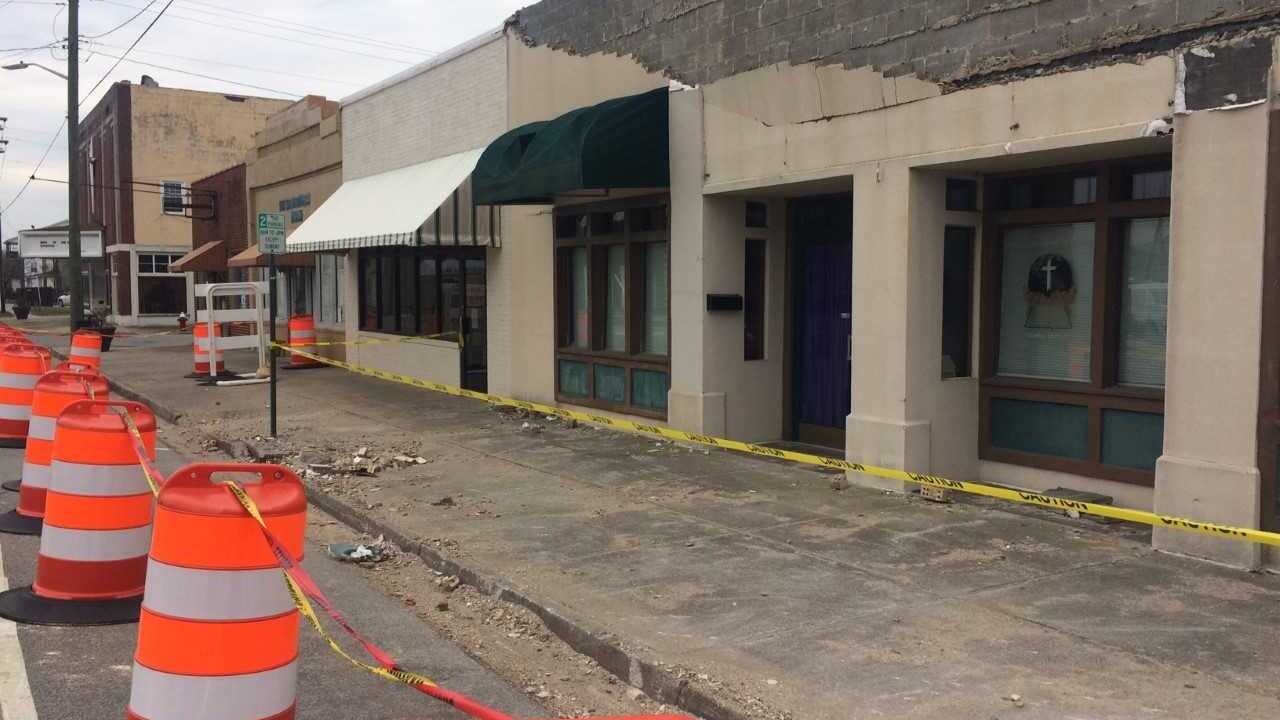 The city condemned the building until further notice and it’s forced the congregation to go elsewhere.

Yellow tape and construction barrels still surround the building. Bricks on the storefront are hanging and debris remains on the ground.

It’s what Pastor Walter Gerald Pope of Great Mission Church told News 3’s Aleah Hordges he was hoping not to see after the powerful wind storm.

“I just began to pray and said, ‘God, just cover the church keep the church safe.’ I had no idea that the opposite of my prayer was going on,” Pope said.

The damage was spread across the street and blocked traffic for several hours until cleanup crews arrived.

“Traffic had to detour and take the side street to get around and go on the other side,” he said.

Surprisingly, the inside of the church remained untouched, but the city condemned the building and called it a safety hazard.

Ignite Church nearby stepped into help.

“All churches should be able to say, ‘Hey my door is open. You can come worship in it at anytime, anyplace and our people are good with it,'” said associate pastor Jimmy Aleshire of Ignite Church.

“It’s not really our building; it’s God’s building anyways, so we just wanted to bless them,” Ignite Church Pastor Bill Holcomb added. “I just knew that it was the right thing to do. There wasn’t any questions about it.”

Great Commission Church said they were already planning to remodel the building, but now the city is assisting with the costs since the storm hit.

The congregation called it a blessing in disguise.

“So now we don’t have to do it,” Pope said. “It’s covered; we’re just waiting on the work to get started.”

Pope added that they’re waiting on a contractor to come out to assess the building.