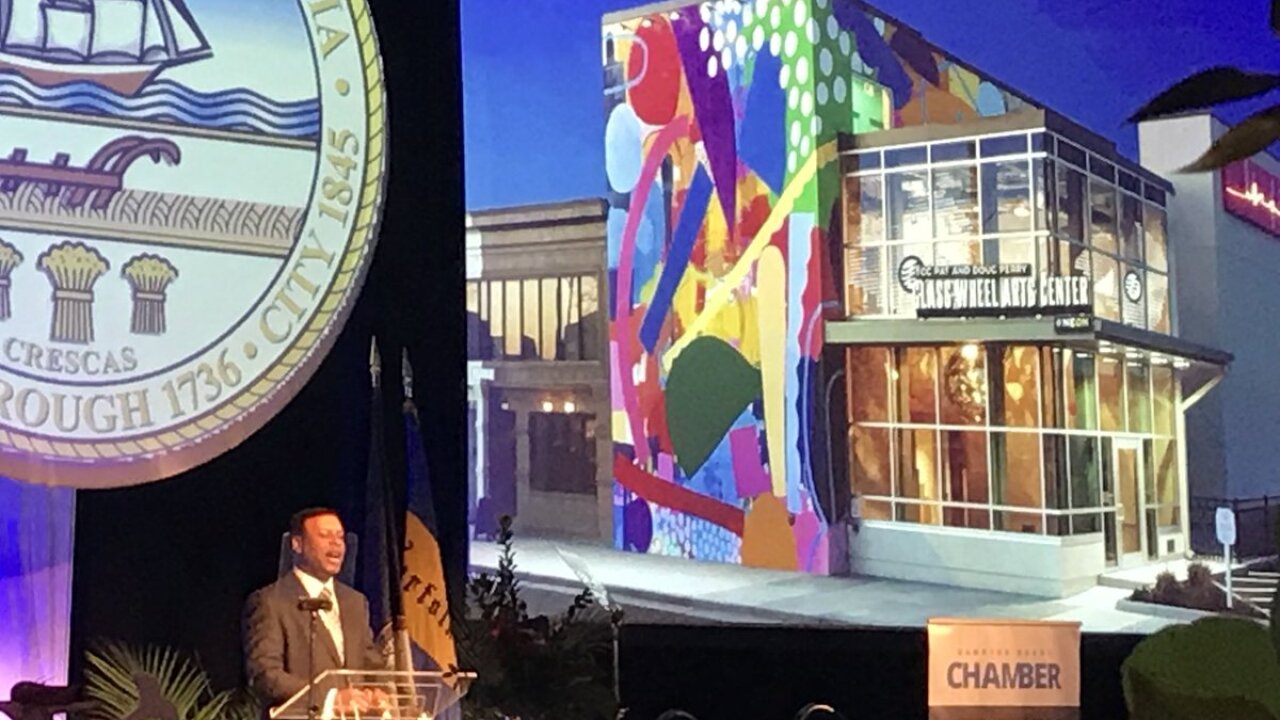 Norfolk Mayor Kenneth Cooper Alexander announced in his annual State of the City address Friday that TCC will be working to create a dynamic cultural and academic building in the NEON District, which will focus on certain art programs that the community college offers.

According to TCC officials, the City of Norfolk is donating to the TCC Real Estate Foundation the site of the Greyhound bus station at the corner of Brambleton and Monticello avenues for the creation of the center.

“This is an incredible opportunity to build on the vibrancy and opportunity that is being created in the NEON District,” said Mayor Alexander. “We are extremely grateful for the support of the Perry family, and their ongoing efforts to make Norfolk a destination for the arts and culture.”

TCC is hoping to open the 47,000-square-foot Patricia & Douglas Perry TCC Center for Visual & Culinary Arts and Hospitality Management by the summer of 2020.

The funding for the center will be raised by private donors through Go Further! TCC’s Campaign for a Competitive Workforce.

Norfolk’s Patricia and Douglas Perry are the lead donors in this initiative, and were early patrons for the NEON District, said Norfolk officials. They also agreed to donate the Glass Wheel Studio to the college, which they created and is on Olney Road in Norfolk.

“TCC, the Perrys and the City of Norfolk share more than a vision for the arts,” saidTCC President Edna V. Baehrre-Kolovani. “As wonderful as this new building will be, this is a venture that relies on community engagement and collaborative partnerships that are all integral to the effort to revitalize the NEON District. Nothing we have talked about today would be possible without the generous support of the Perrys.”

TCC has been looking for a location to expand its culinary arts department, which is the only nationally accredited one at a public institution in Hampton Roads.

College officials are hoping that the two-story NEON location will allow the college to house a student-run restaurant open to the public, act as an incubator for start-up culinary businesses to rent kitchen space, offer open-enrollment culinary courses and host local and national culinary competitions.

TCC President Kolovani also stressed the importance of putting the community first in his comments about the opening of the new center in Norfolk’s NEON District.

“This is such an exciting moment for us,” President Kolovani said. “The City of Norfolk and Pat and Doug Perry are providing us with ‘a perfect storm’ of opportunity. I am grateful for their partnership and their trust in TCC.”

TCC said that with the establishment of this new center that there may be an opportunity for a dual enrollment program with Norfolk Public Schools in culinary arts and restaurant management.

The email that was sent by President Kolovani told faculty that lay-offs would occur in departments of English, English Fundamentals and Emergency Medical Services (EMS).