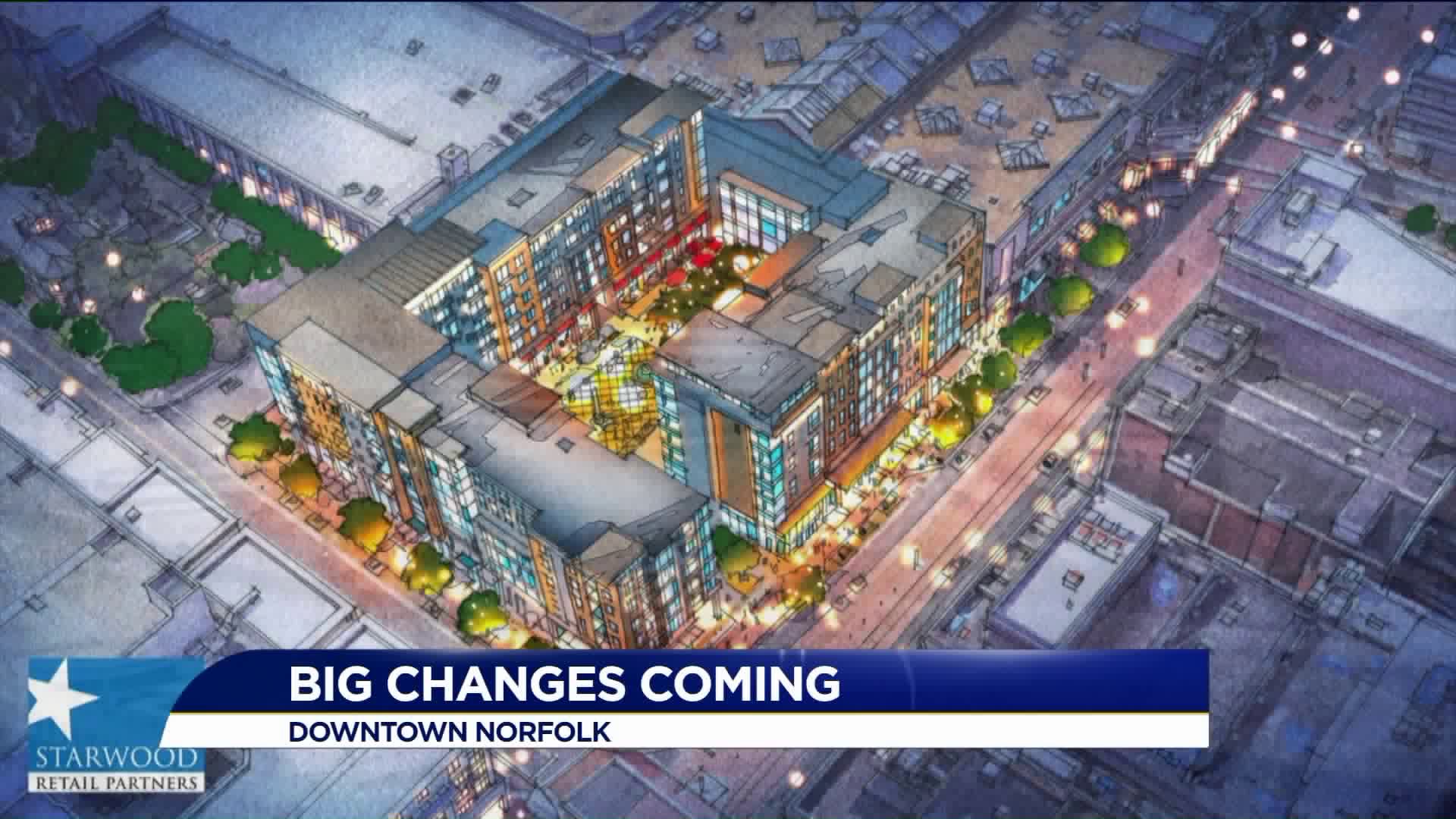 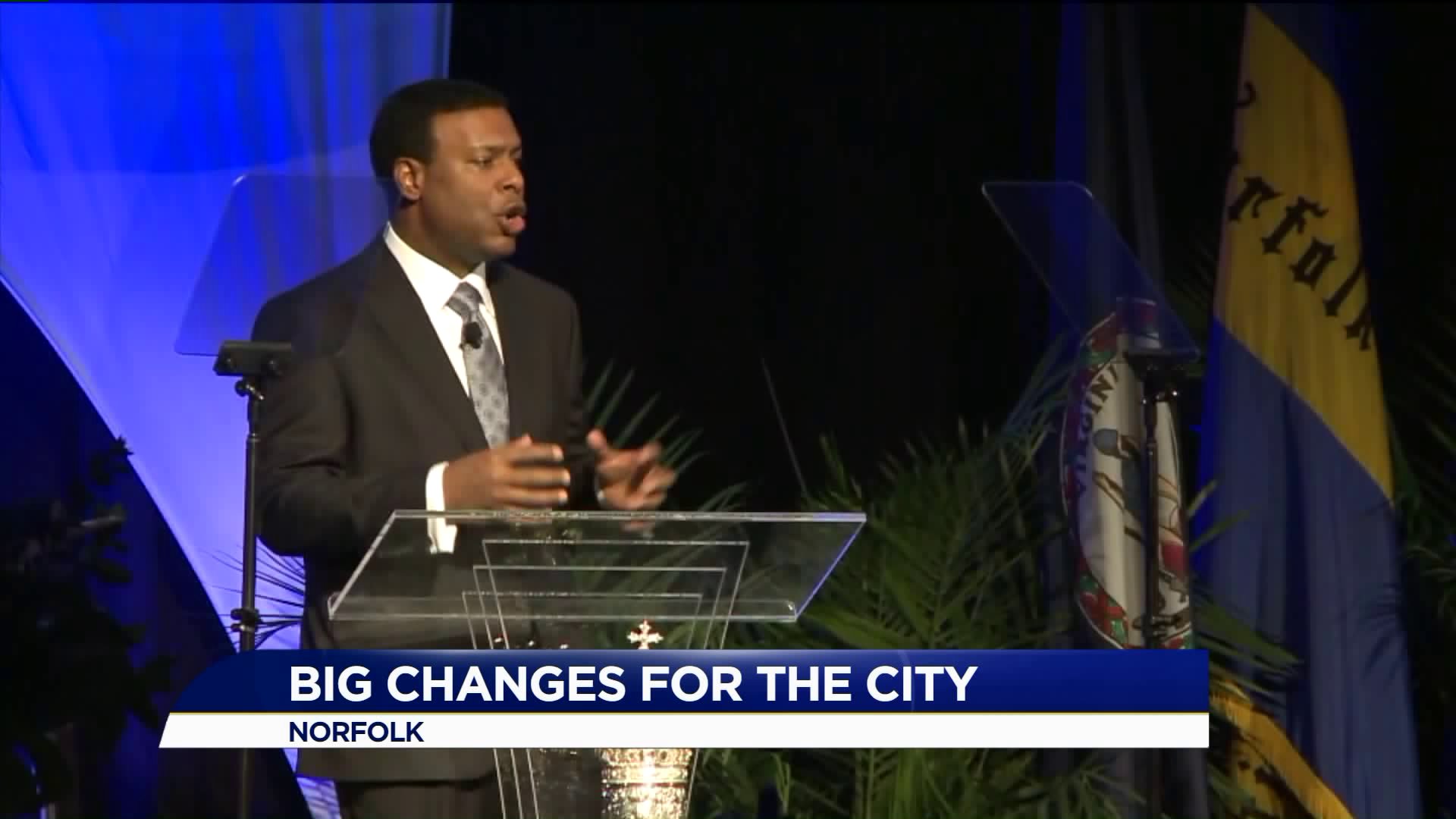 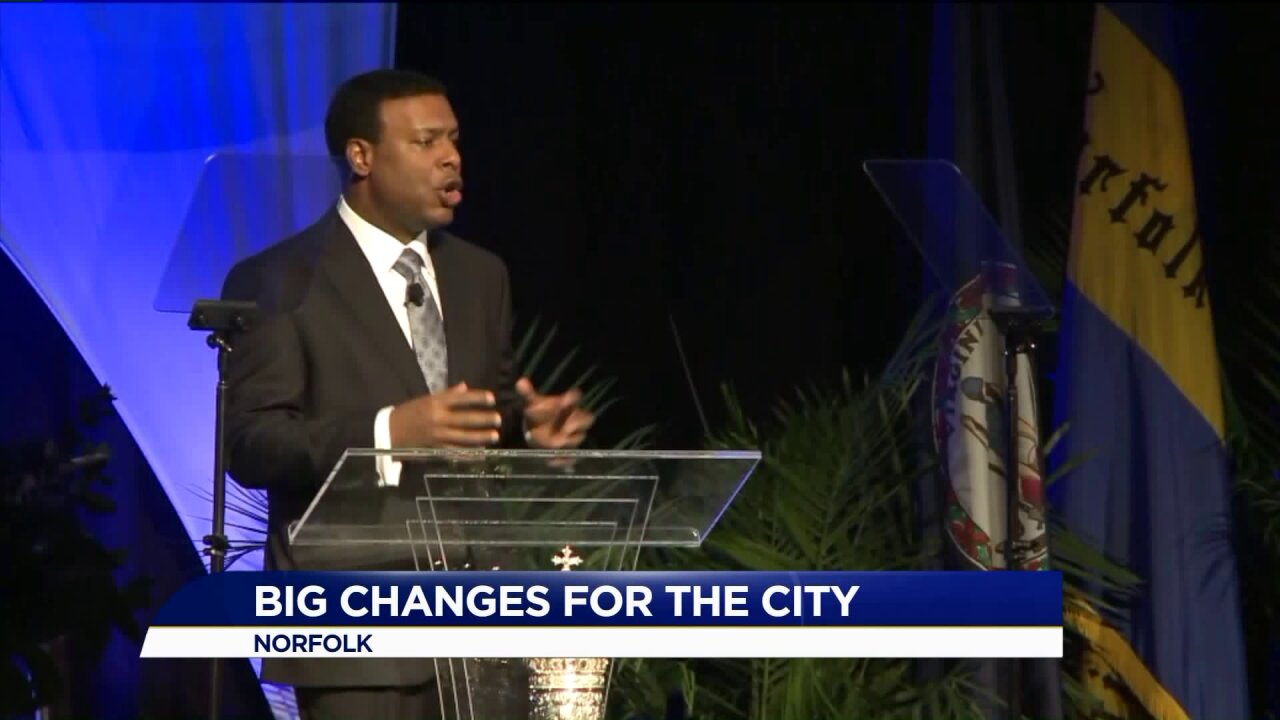 Among them: a proposed development near MacCarthur Center, a possible new building that would reshape the city's skyline, and a ferris wheel. "Now is our time to be bold and courageous and reimagine Norfolk," Alexander said.

He made the announcements at The Main in downtown in front of about 1200 people. "Today, I can affirm the state of our city is strong," he said.

The big plans also include the city donating the site of the Greyhound bus station to Tidewater Community College. Through donations, the college will build a 47,000 square-foot arts and hospitality facility.

Last week, the college announced layoffs, but the college's president hopes the building will help turn a new page. "It has to turn the page," said Edna Baehre-Kolovani, the president. "We cannot continue to cut our way out of this deficit, so this opportunity is here is the opportunity to increase our enrollment."

With the excitement, there are some big decisions ahead. The city is currently in the process of redeveloping the public housing projects in the Saint Paul's area, near downtown.

In addition, there are talks about renovating the Scope arena, but the mayor says the price tag could reach nearly $200 million. "We set out to see can we do it? Yes, we can do it. Are we ready to make the sacrifices? That's the question that needs to be answered," Alexander said.

Another announcement came from Ocean View, where the mayor said the city is in the process of buying Greenies and Ocean View Diner. He says the future of the buildings is still being determined, but the city wants to expand beach access. "That's our beach," he said.