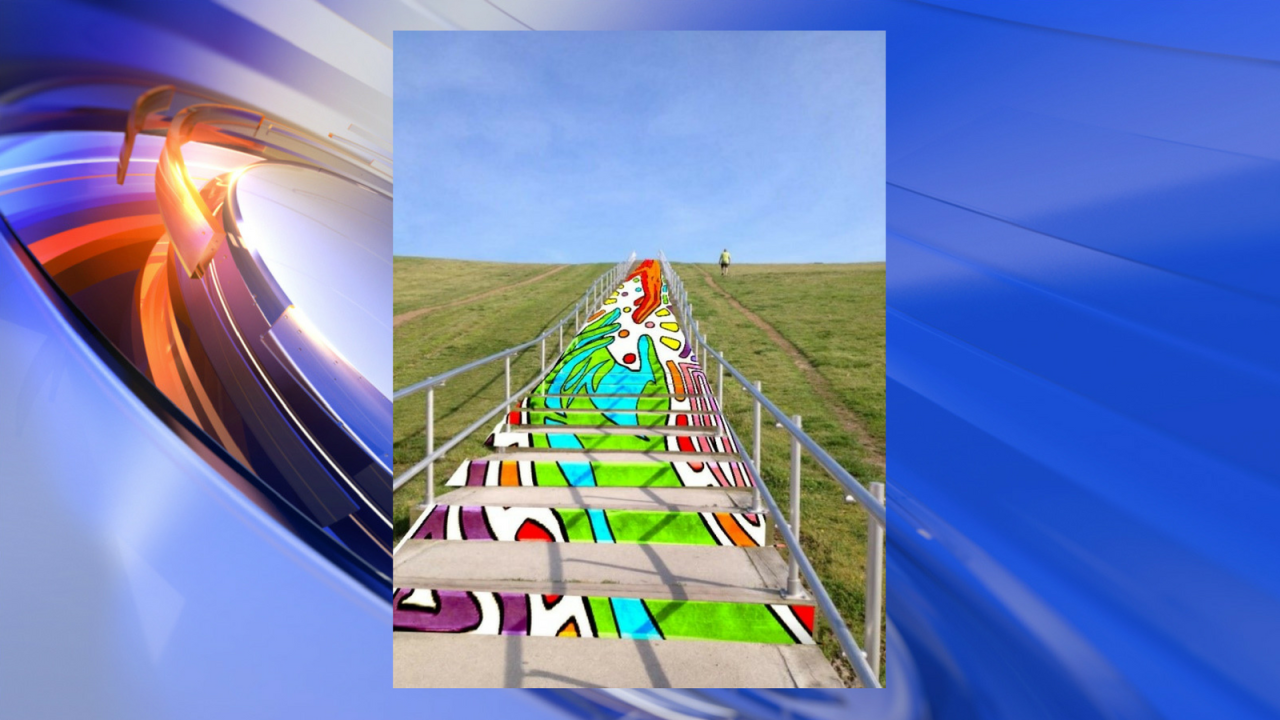 VIRGINIA BEACH, Va. – After more than 7,000 votes, the City of Virginia Beach announced Thursday the winning design for a temporary painted mural on the stairwell of Mount Trashmore.

“Helping Hands” by Aimee Bruce received more than 50 percent of the votes.

The contest, sponsored by a partnership between the city’s Office of Cultural Affairs and the Department of Parks and Recreation, sought out local artists to propose art concepts for the mural. Bruce’s work was one of the top three designs, along with those by Kelsey Witt and Rick Nickel.

About the Artist:
Bruce graduated from Old Dominion University with a Bachelor of Fine Arts and a concentration in drawing and design in 2016. She currently lives in Norfolk, Virginia, where she works as a freelance artist and muralist. Bruce is known to work with varying forms of mixed media while exploring topics ranging from the aesthetically pleasing to the politically playful.

Artist Statement:
“Helping Hands”
“I propose painting this mural design for Mount Trashmore Stairway. My concept behind this design references Michelangelo’s Creation of Adam visually, however, I wanted to focus on the hands themselves. I believe the community as a whole tries to interact and connect with each other to establish a stronger bond between people of all races, religions, genders, etc. When I think of Mount Trashmore, I think of the people and positive encounters I have experienced there.”

The mural will be installed at the end of March.