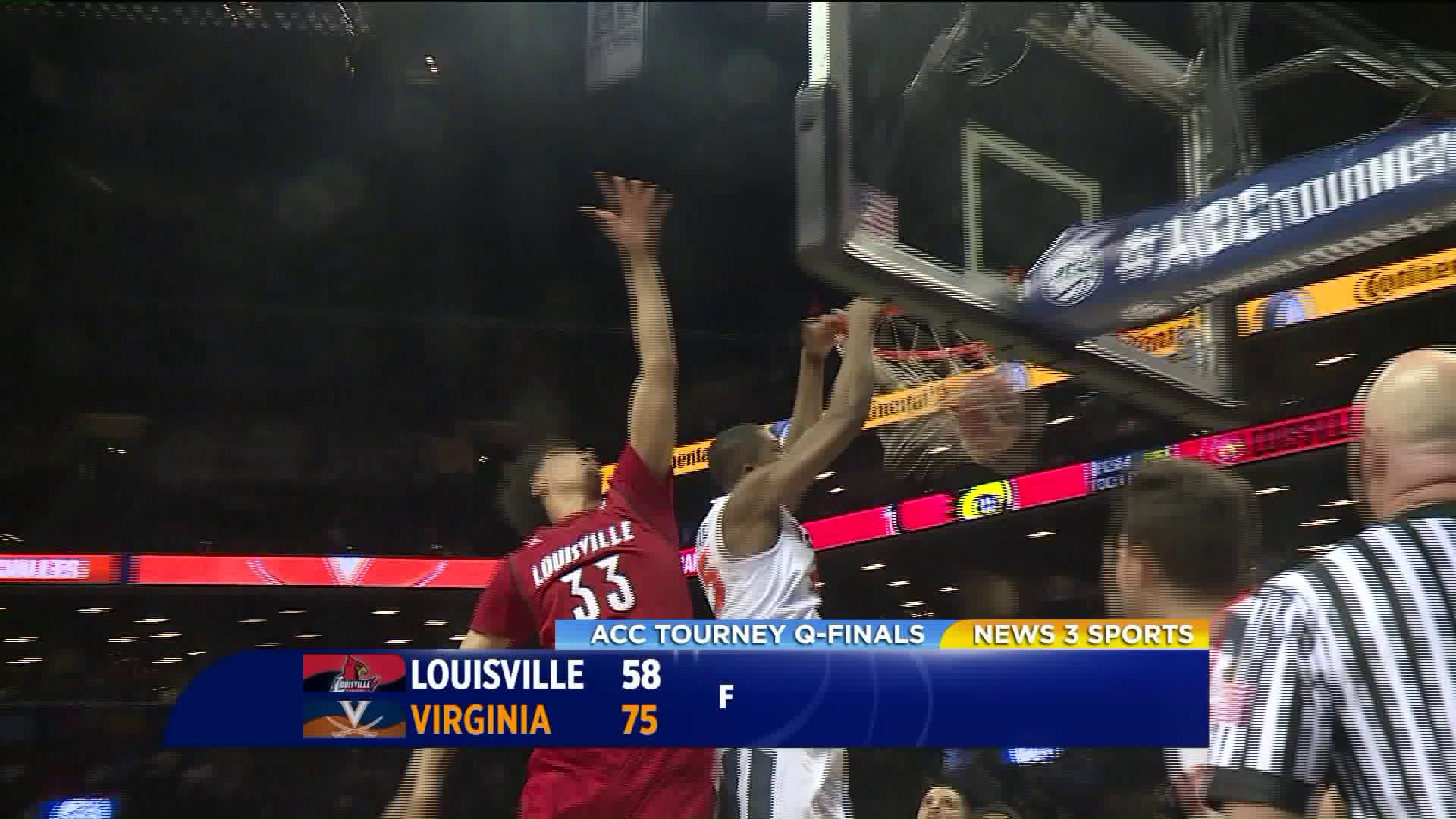 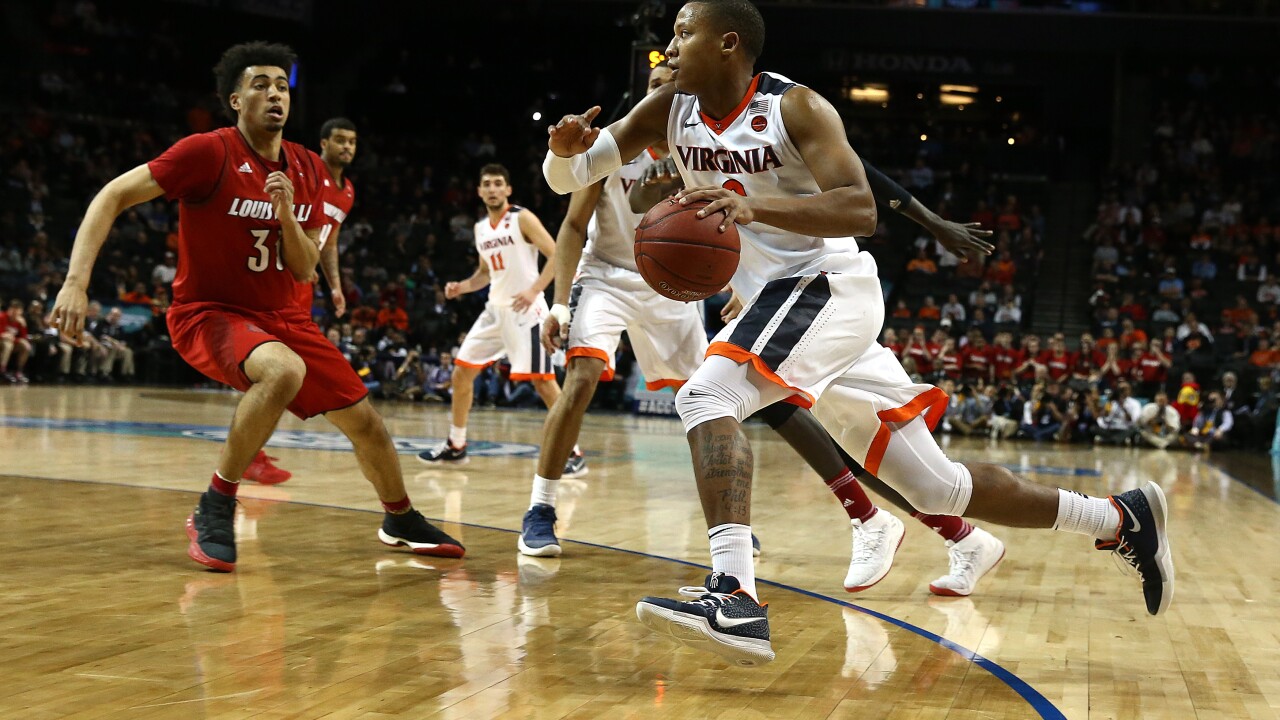 BROOKLYN, NY -  The Virginia Cavaliers are not letting the nation's top spot go to their heads as they are taking one game at a time in the Atlantic Coast Conference (ACC) tournament. The "Wahoos" move on to the semifinals with a win over Louisville Thursday, 75 - 58.

#ACCMBB Quarterfinals ✅
Next up: #ACCTourney Semifinals
See how the Hoos advanced with highlights from yesterday's @UVAMensHoops win over #Louisville! #GoHoos #Wahoowa 🔶🔷🏀 pic.twitter.com/QLi7Hipsi0

Louisville started off hot, taking an early 11-7 lead but Virginia promptly went on a 5-0 run. Cardinal's Ray Spalding took back the lead with a easy bucket which was answered with a three pointer by Hall and UVA never lost the lead again.  In the final ten minutes of the first half, Guy sank three three-pointers and "Wahoo" lead jumped to as big as 17 points.