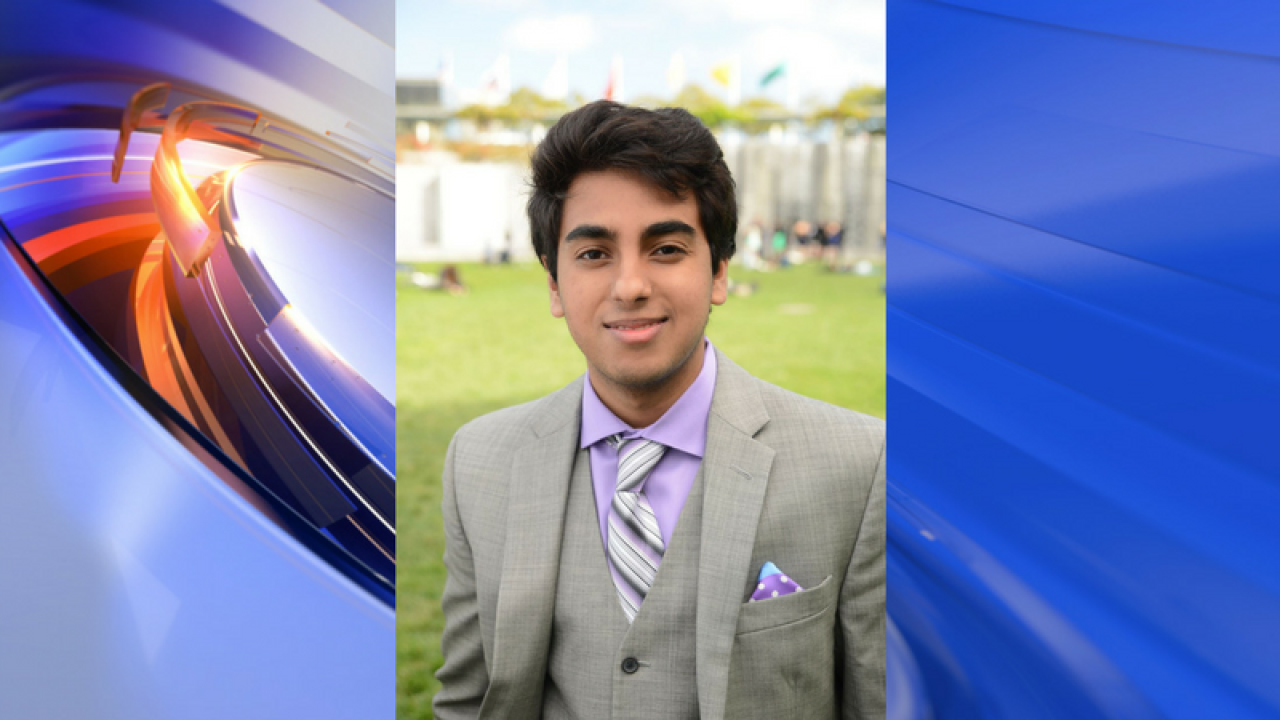 At 22, many of us are finishing up college and hoping we might get be lucky enough to land a stable job. Peeyush Shrivastava is a little different.

He started a biotech company and collected millions of dollars in capital, including from famed businessman Mark Cuban, and he hopes to start bringing 3-D heart-scanning technology to hospitals and emergency rooms across the country as early as this year.

As a high school student in 2011, he began interning as a researcher in a lab at Ohio State University, looking at the molecular underpinnings of heart problems.

After graduating high school in 2013, he enrolled at Ohio State. But before he started classes, he co-founded Genetesis with two high school buddies, Vineet Erasala and Manny Setegn.

Through freshman year, these friends were also running their company. And during his sophomore year, Shrivastava quit college to pursue the venture full-time.

The friends set out to rethink how doctors diagnose chest pain in the emergency room.

For adults 45 and older, non-specific chest pain is the leading reason for an ER visit that results in discharge, according to the Agency for Healthcare Research and Quality.

A recent study in the journal JAMA Internal Medicine showed that extensive testing combined with an overnight stay can take as long as 28 hours. And the mean cost for chest pain visits is estimated to be $1,527 per patient, with a total of nearly $7 billion in direct costs for treating chest pain across all American hospitals, according to a 2015 study.

The problem doesn’t need to be so expensive, and patients don’t need to spend so long being diagnosed if their problem isn’t heart-related, Shrivastava says.

Of the 8 million Americans who enter emergency rooms complaining of chest pain each year, just 6% have a life-threatening condition like a heart attack, according to a study in JAMA Internal Medicine. It also found that more than half of the people who go to an ER for chest pain are actually experiencing something else: anxiety, gastrointestinal issues, muscle strains.

Yet ER doctors often need to perform extensive testing on patients to rule out serious conditions, particularly in patients at risk of heart problems.

Shrivastava says his company’s scanner, called Faraday, can dramatically speed up that process, do it more accurately and make it more comfortable for the patient. It uses artificial intelligence to create thousands of 3-D maps of a patient’s heart to tell doctors what is, or isn’t, causing chest pain.

If doctors are able to diagnose and discharge non-cardiac patients after four hours, rather than 20 or more, costs for care could drop significantly. For instance, a hospital wouldn’t need to perform an ECG treadmill test that can cost $200 to 300, according to the American Board of Internal Medicine Foundation, or an imaging stress test, which can cost $500 to 2,000. Further, the cost of being admitted to the hospital for the night can run around $2,000.

Shrivastava’s team’s method is noninvasive. There aren’t needle pricks and blood draws. “The beauty of magnetic fields is, they are undistorted by the lungs, by the skin, so the signal you’re getting is very high-fidelity. It’s very pure,” he said. “So you can hold sensors right above the chest and still get that high-quality signal. No radiation. No contact. No nothing.”

Usually, a chest pain patient needs to take their shirt so a nurse can smear cold gel across their chest or place sticky adhesives with electrodes on their skin. But the Genetesis device would make those processes unnecessary. And a nurse or technician can perform the whole test in about 90 seconds.

A system of algorithms in the company’s CardioFlux software analyzes the magnetic data into maps that indicate problems like coronary artery disease or ischemia, a lack of blood flow often caused by a buildup or blockage in an artery.

In standard care, patients have to follow up with a cardiac stress test, either while running on a treadmill or by injecting a radioactive isotope into the bloodstream.

And that’s another advantage of Shrivastava’s technology: He says it can emulate stress without isotopes.

In 2016, Shrivastava and his team completed a preliminary study involving 28 patients at the Mayo Clinic. They presented the results at the American Heart Association’s Scientific Sessions in November 2016.

In May, they began a larger study at St. John’s Hospital and Medical Center in Detroit.

Dr. Margarita Pena, a researcher and emergency physician at St. John’s and the principal investigator for the study, expects to have tested the device on 100 patients by the end of February, with hopes of soon presenting the findings at the American College of Cardiology annual meeting. She said the results appeared promising.

“If accuracy comes through, it will be a game-changer,” she said. “If it’s just as accurate as a stress test, it will cut down the patient’s length of stay, costs to hospitals, and it will be safer because it could cut down on risks like hospital-acquired infections, radioactive dye and possible treadmill injury.

Pena said that, assuming the pilot study proves successful, the next step will probably be a multicenter study at various hospitals. After that, the device would need FDA approval before it can be used in clinical practice.

Though the device shows early promise, Dr. Elliott Antman, an associate dean at Harvard Medical School and a past president of the American Heart Association, cautioned about the belief that any single technology can revolutionize how chest pain and cardiac events are evaluated, noting the importance of talking to patients in addition to running tests.

“Refinements of blood tests, in specific biomarkers, are very helpful,” he said.

One key blood test physicians use in the ER is a protein called troponin. “Troponin assays are becoming more and more sensitive. They’re becoming capable of detecting very small amounts of damage to the heart and doing it rapidly,” Antman said.

Changing the status quo in any major field is difficult, but Shrivastava and his team believe they are going to do just that. And if recognition and accolades are any indication, they are on their way.

In 2017, the Kairos Society, a group that connects young entrepreneurs around the globe, honored Genetesis on its K50 list, designating it as among the top 50 companies in the world founded by a person under the age of 26. And computer chip-maker Nvidia looked through more than 600 entrants to recognize Genetesis as the top startup using artificial intelligence for “social impact.”

Shrivastava is also a recipient of the Thiel Fellowship, a program created by PayPal founder Peter Thiel that awards 10 $100,000 scholarships each year to promising entrepreneurs who opt to build companies in lieu of attending college. His bet is paying off. Shrivastava says his company will raise $10 million to $12 million in investment by the time it’s ready to bring the product to more hospitals as part of a multicenter study this year.

Over the next 10 years, he thinks his team can expand their imaging platform to other areas of the body.

“We want this to be treated as the ER standard not just for chest pain or cardiac-related abnormalities,” Shrivastava says. “This is a technology that is not specific to any organ. Any organ that emits a magnetic field should be able to be mapped by our device.”