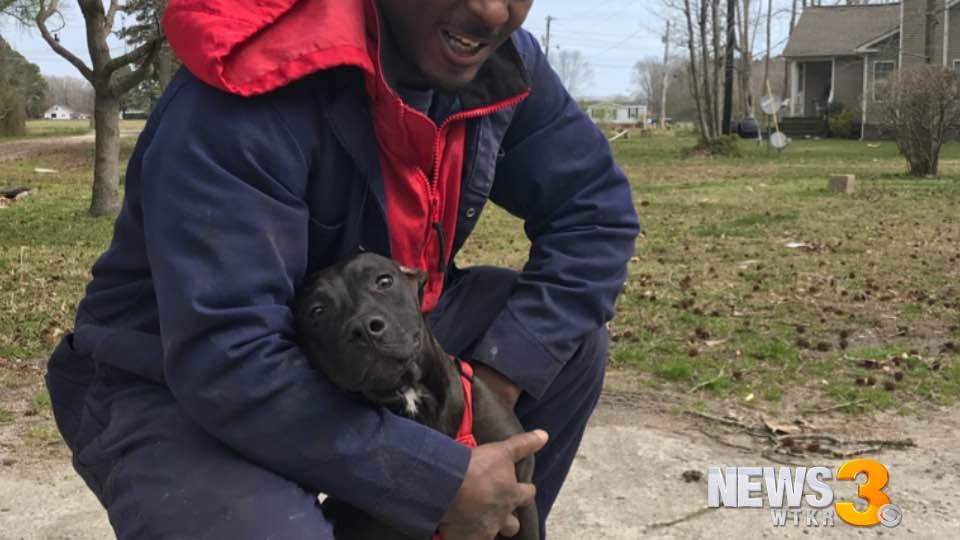 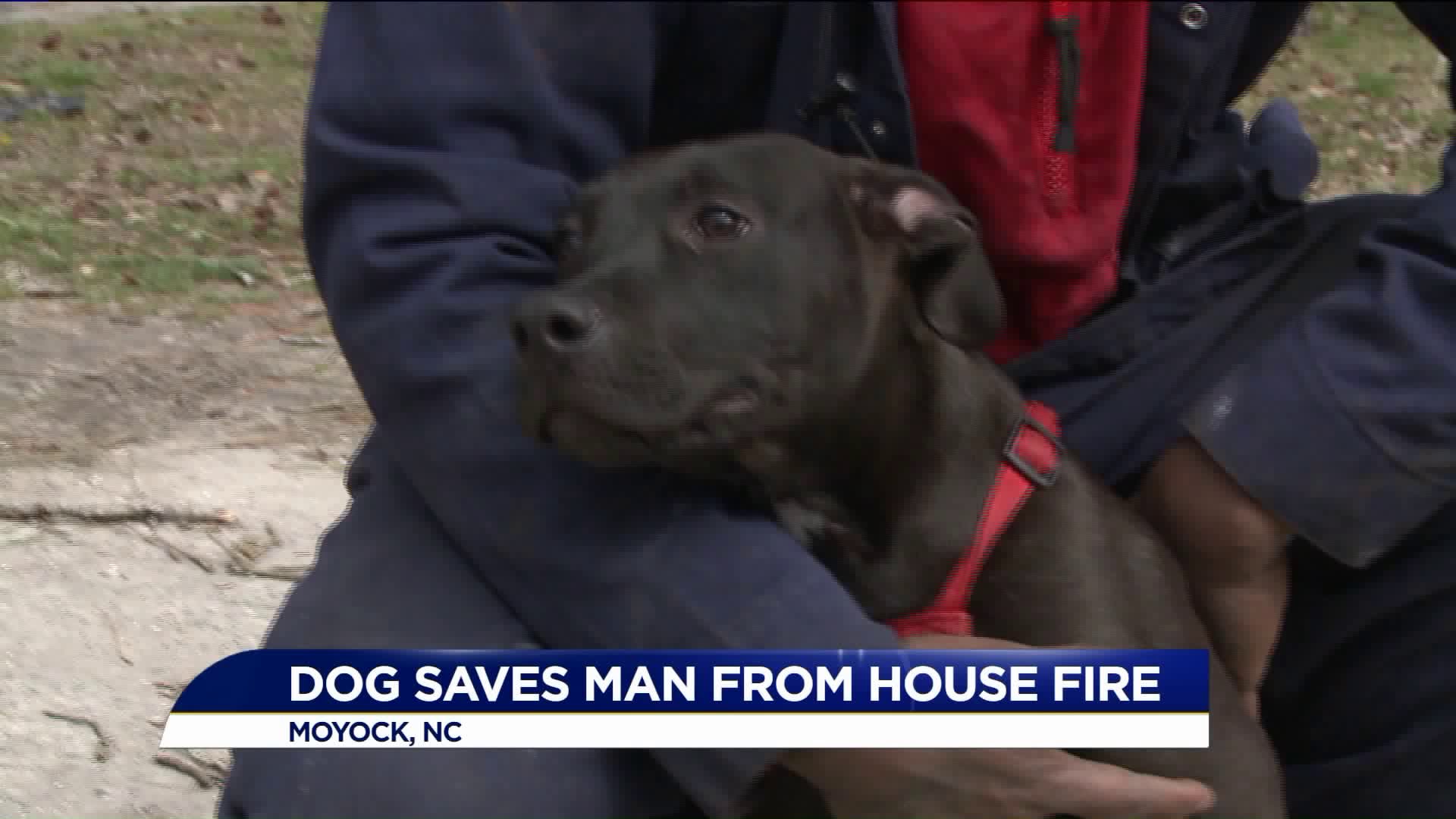 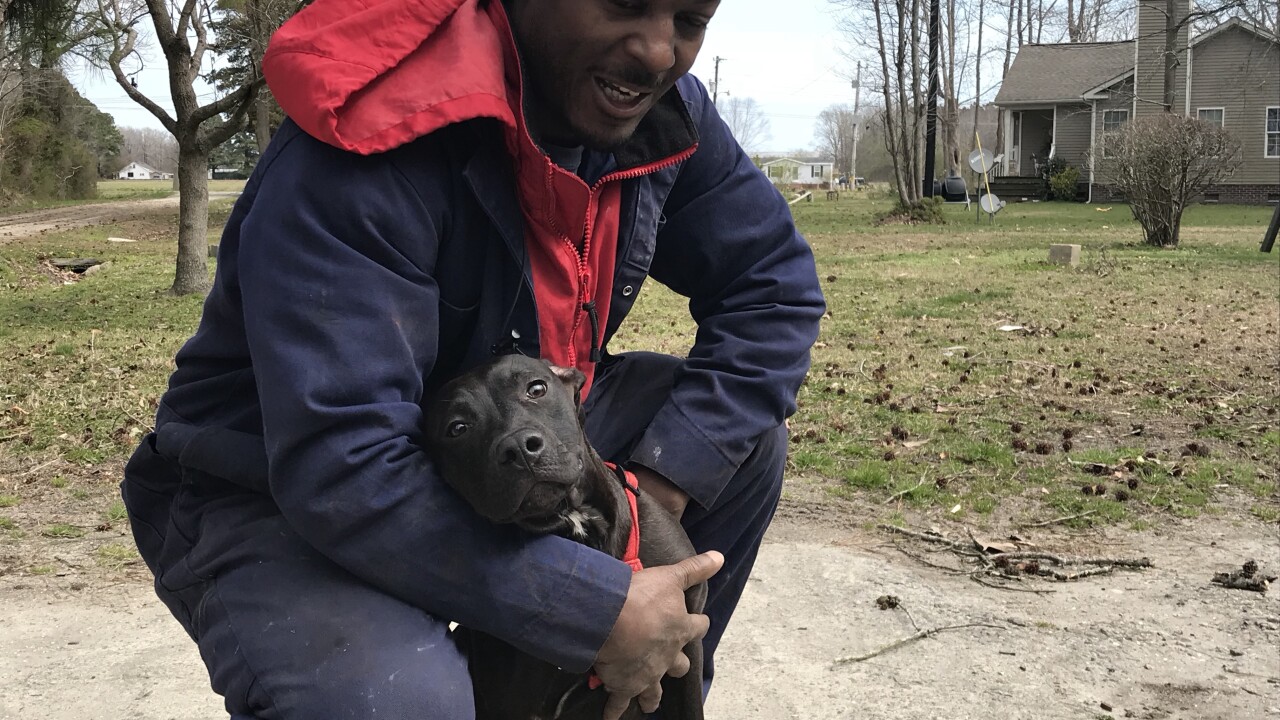 SHAWBORO, N.C. - A four-legged hero is being honored by the community after his owner tells News 3 the dog saved him from a fire.

Adrian Woodley lived in a mobile home in Shawboro, N.C. which caught fire February 21. Woodley said his pit bull, Shadow, woke him up during the fire and they were both able to escape.

Woodley said he initially thought someone was in the home but once he got out of bed he saw smoke and saw his couch on fire. Both Woodley and Shadow ran out to call 911.

Shadow is only six months old and Woodley has had him for three months, but he said the puppy already earned his trust.