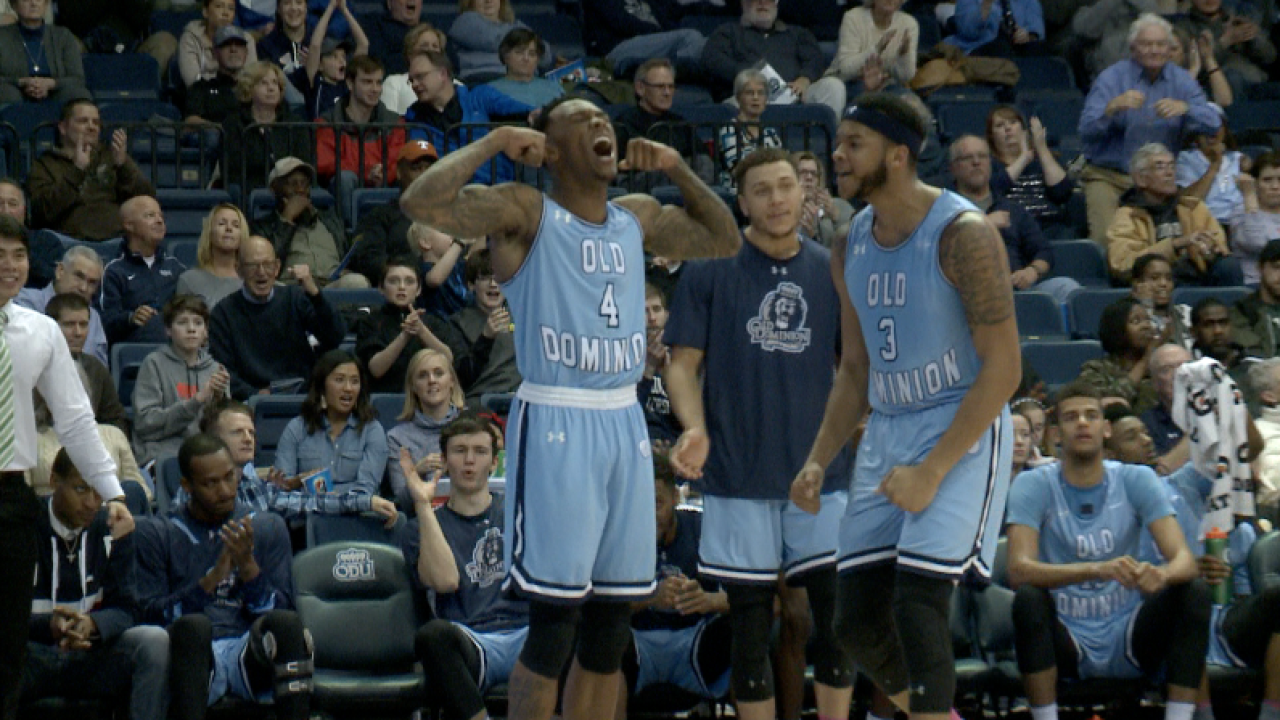 NORFOLK, Va. (ODUSports.com) – Ahmad Caver (Atlanta, Ga.) of the ODU men’s basketball team was named to the All-Conference USA First Team as well as the All-Defensive Team, while teammate B.J. Stith (Lawrenceville, Va.) was named to the All C-USA Third Team, as announced by conference officials on Monday afternoon.

Caver’s 6.2 assists per game average ranks 17th in DI and second in the league, while his 186 assists ranks 20th nationally (second in Conference USA). The six-foot two-inch guard ranks 11th in Conference USA for three-point field-goals made per game (2.1) and 17th for points per game (14.3). Caver recorded five double-doubles this season. He ended the regular season first on the team for points, assists and steals.

B.J. Stith ended the regular season averaging 14.3 points per game, which ranked second on the squad and 18th in the league. His 5.4 rebounds per outing ranked third on team (20th in C-USA), while his 1.8 assists per game ranks fourth. Stith’s 82.8 free-throw percentage ranks fifth in the C-USA and first on the team. His 1.8 three-point field-goals made per game ranks 17th in C-USA.

The No. 2 seeded Monarchs will await the winner of the No. 7 seed North Texas versus the No. 10 seed LA Tech for a Quarterfinal matchup. Thursday’s Quarterfinal contest will begin at 9:30 ET/8:30 CT and will air on Stadium/Twitter.