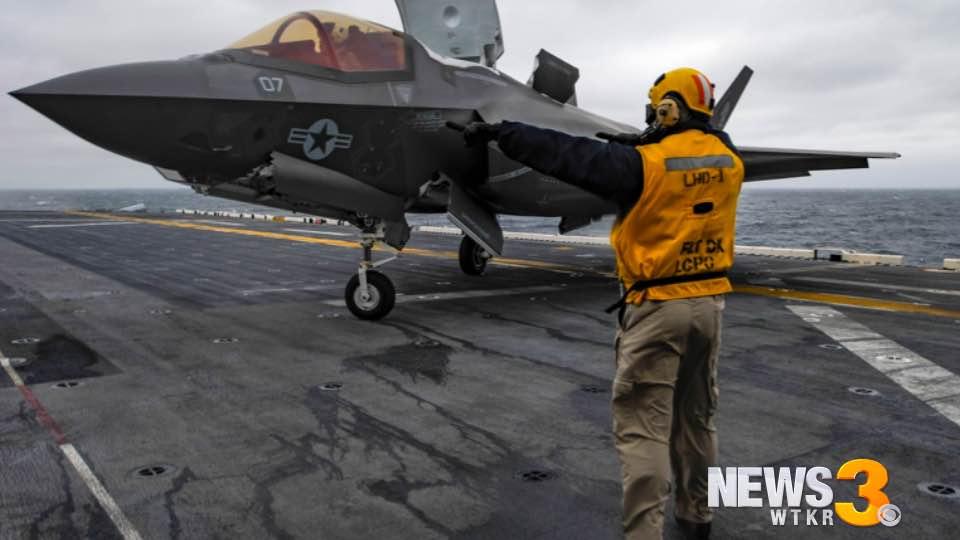 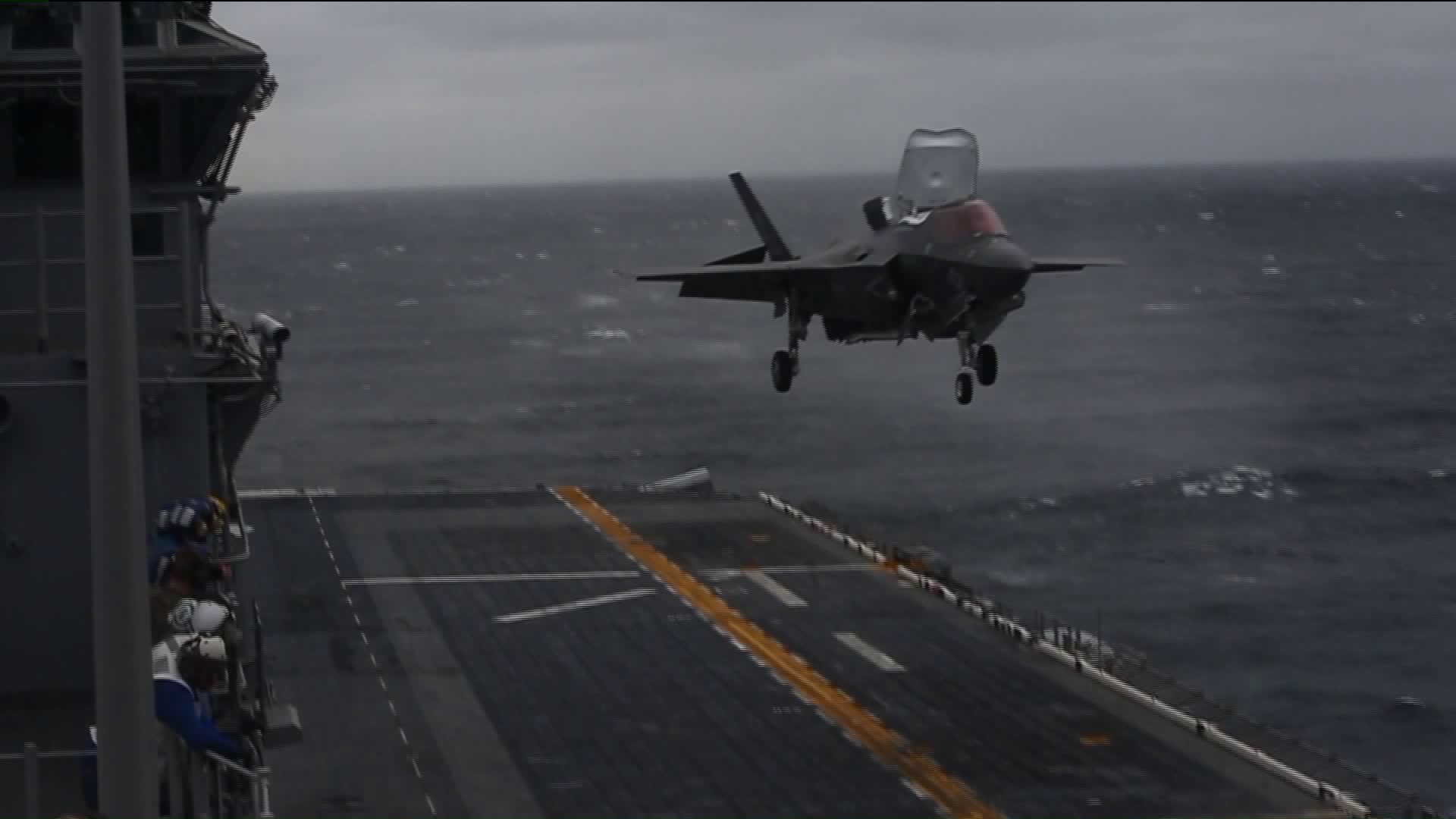 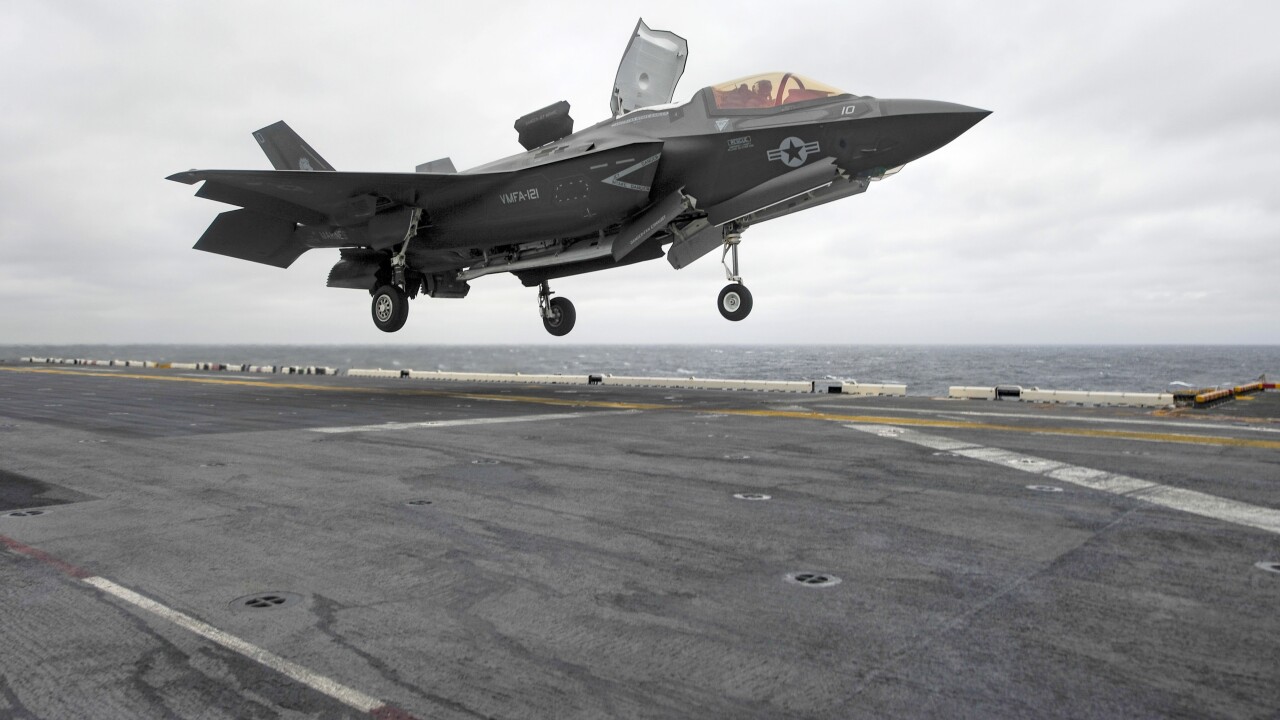 EAST CHINA SEA - The F-35B has landed on the USS Wasp Monday, ushering in what the Navy is calling a new era.

A detachment of F-35B Lightning II's from Fighter Attack Squadron 121 (VMFA-121) arrived aboard the USS Wasp, marking the first time the jet has deployed aboard a Navy ship and with a Marine Expeditionary Unit in the Indo-Asian-Pacific.

The F-35B is the Marine Corps variant of the Joint Strike Fighter capable of short takeoff and vertical landing.

"Pairing F-35B Lightning II's with the Wasp represents one of the most significant leaps in warfighting capability for the Navy-Marine Corps team in our lifetime," said Rear Adm. Brad Cooper, commander, Expeditionary Strike Group 7. "This 5th generation stealth jet is extremely versatile and will greatly enhance and expand our operational capabilities."

Pilots are expected to conduct a series of qualification flights on the Wasp over the next few days.

"This is a historic deployment," said Col. Tye R. Wallace, 31st MEU Commanding Officer. "The F-35B is the most capable aircraft ever to support a Marine rifleman on the ground. It brings a range of new capabilities to the MEU that make us a more lethal and effective Marine Air-Ground Task Force."

The arrival of the F-35B culminates testing and ship modifications on Wasp that began in 2013.

Wasp completed an overhaul in 2017 and subsequently departed Norfolk to forward-deploy to Japan, as part of a Department of Defense effort to place the most advanced capabilities in the Indo-Asian-Pacific. 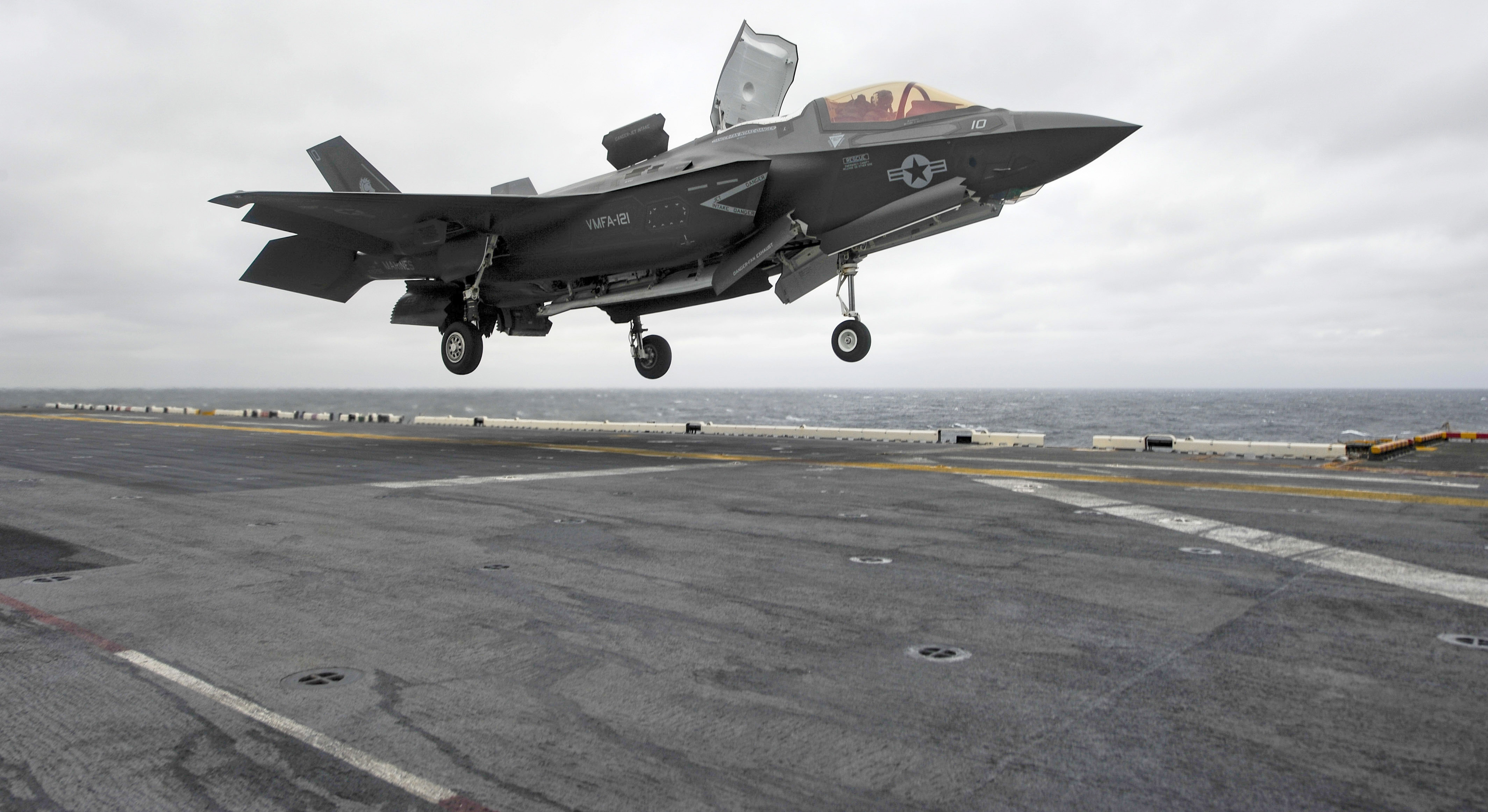