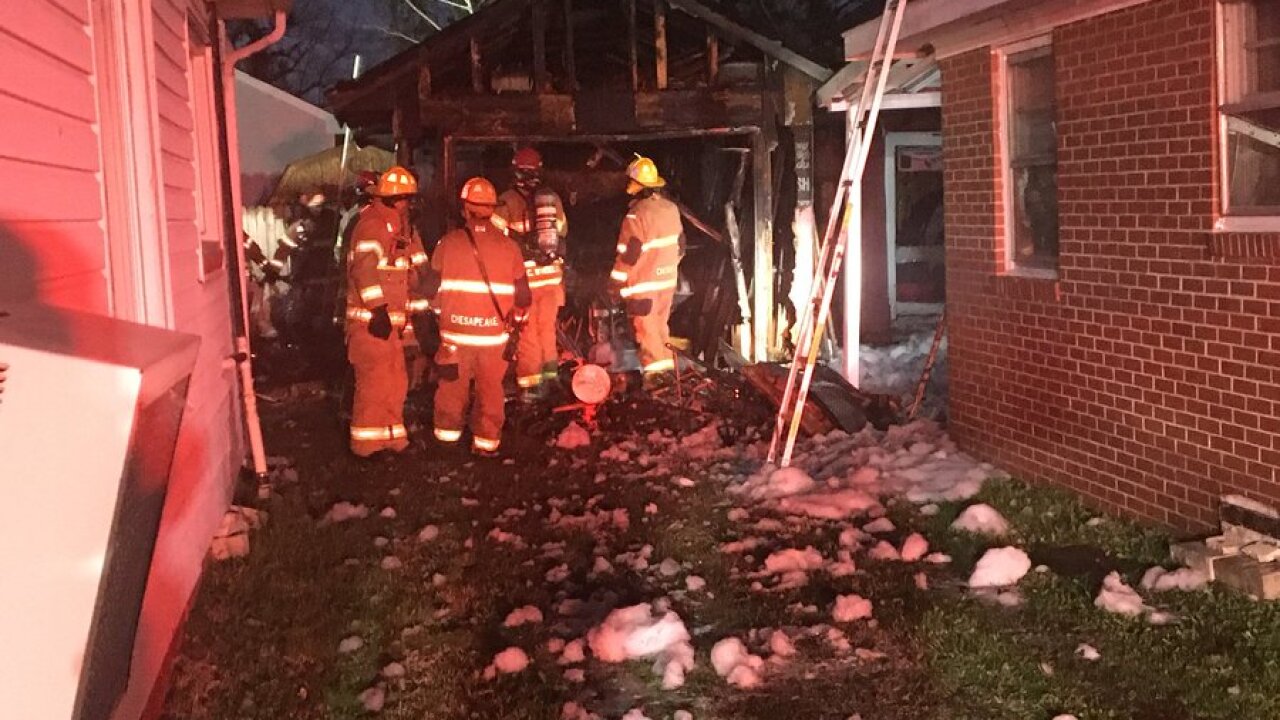 CHESAPEAKE, Va. –  Chesapeake firefighters responded to a detached garage fire in the Deep Creek section of the city Saturday night.

Fire units were called to the fire in the 100 block of Ford Street just after 5 p.m.

Firefighters were able to keep the fire from spreading to the home, but some vinyl siding was damaged due to high heat.

The fire was brought under control at 5:30 p.m.

The cause is currently under investigation.