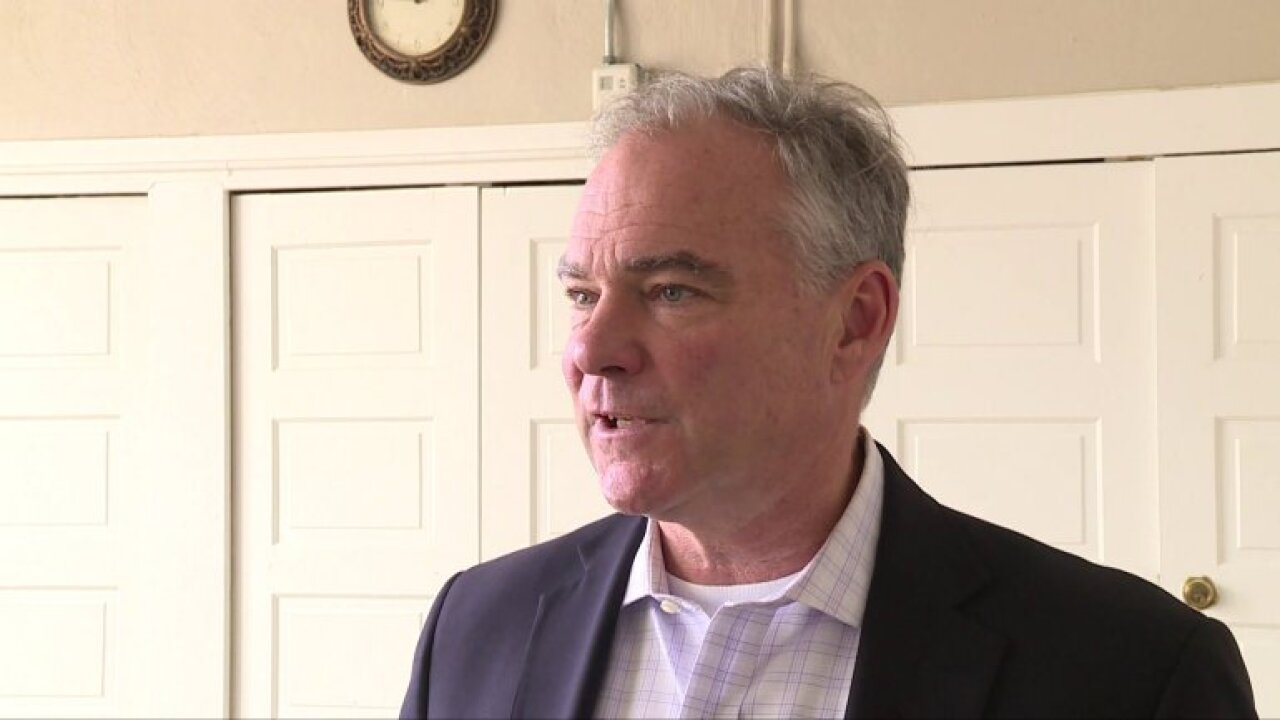 He will be discussing his priorities, like increasing background checks and mental health treatment, and reducing high capacity magazines, according to a release from his campaign about the visit.

The visit comes amid continuing talks about gun reforms following the school shooting in Florida. Several stores have announced they will no longer sell assault style weapons or are raising the age when people can purchase them.

Despite the talks, not everyone is on board. “That is not addressing the problem we have today and that is the misuse of firearms by children and adults of all ages. The mental health issue, psychotropic drugs, violent video games, I mean this is a buffet of issues that have to be dealt with,” said Robert Marcus, who owns Bob’s Gun Shop in Norfolk.

President Trump has called on Congress to act. A meeting with lawmakers earlier in the week drew headlines for the president’s surprising comments. “We have to act,” he said.

Stay with News 3 for updates on Kaine’s visit.