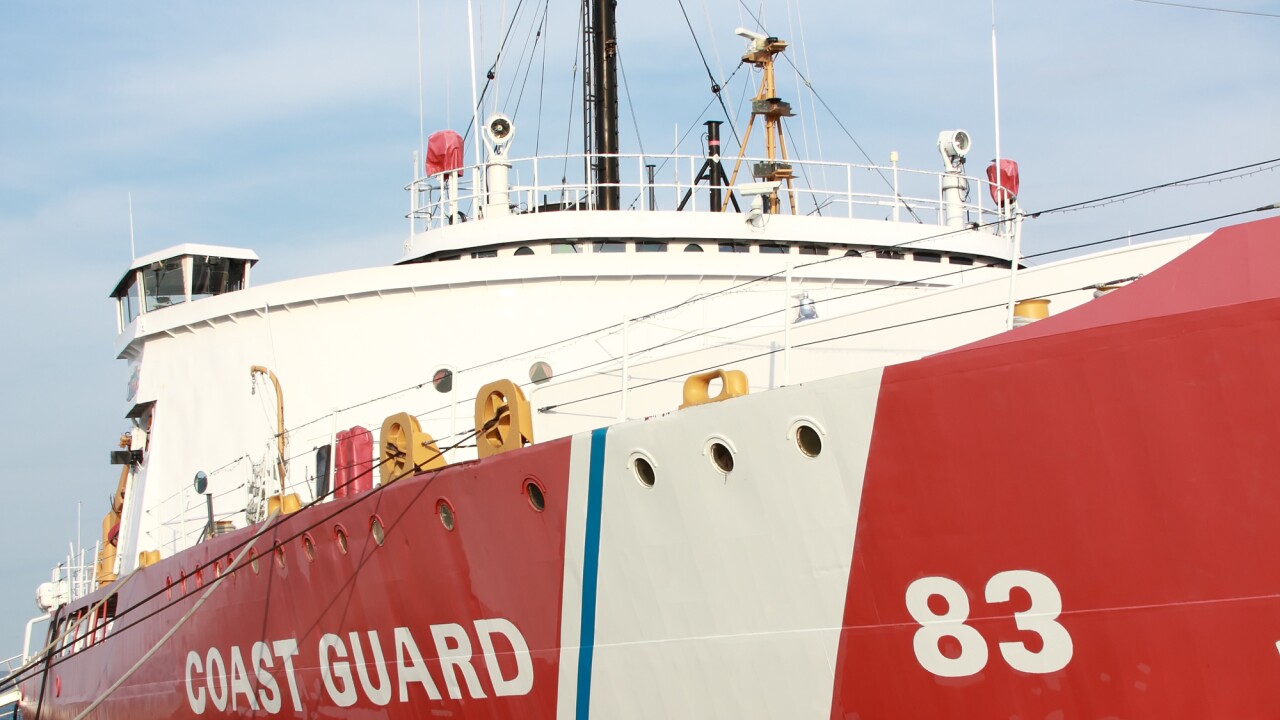 A U.S. Coast Guard ship at port in upper Michigan.

PORTSMOUTH, Va. – The Coast Guard has imposed restrictions for the Port of Virginia because of storm force winds and heavy seas at the entrance to Chesapeake Bay on Friday.

According to the Coast Guard, no vessels may enter or depart the Chesapeake Bay, and no vessels over 2,000 gross tons may move within the port without obtaining permission from the COTP or his designated representative.

The Coast Guard did say that vessels under 2,000 gross tons will be permitted to move within port, but should be cautious of the severe weather that they will be traveling in.

“Storm force winds, heavy seas, and existing cold water temperatures make this a very serious storm,” said Capt. Rick Wester, Captain of the Port Hampton Roads. “In addition, our boats, cutters and helicopters most likely will be unable to launch and assist until conditions subside.”

If a vessel or vessel representative believes there are circumstances that require a vessel to arrive or depart during the time of this restriction, they may request an exception from the COTP. To reach the COTP to obtain permission to transit during the restrictions, contact the Sector Hampton Roads Command Center at 757-638-6637.