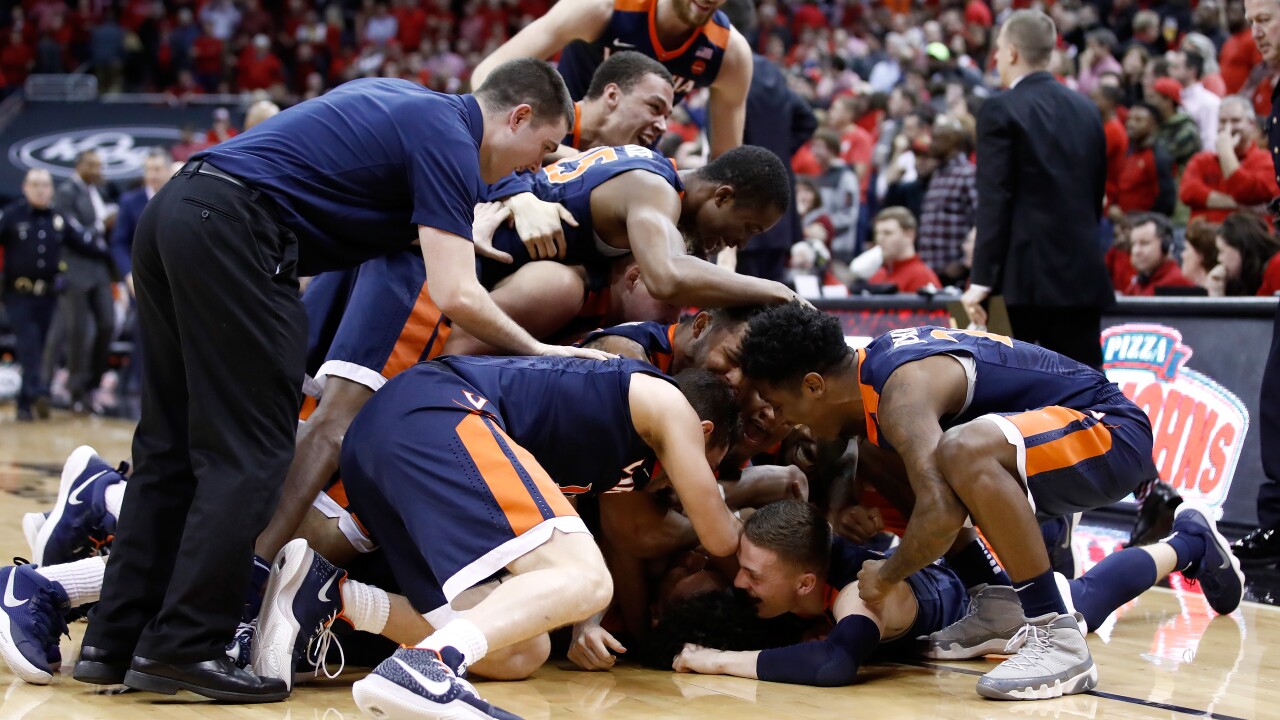 De’Andre Hunter after hunter made a three point shot at the buzzer. (Photo by Andy Lyons/Getty Images)

LOUISVILLE, Ky. – For the first time ever, an ACC men’s basketball team has finished a season with a perfect 9-and-0 record on the road. But, it did not come easy or without drama.

UVA, the top-ranked team in the country, knocks-off Louisville 67-66 in a thrilling game broadcast live on News 3. De’Andre Hunter banked-in a three-pointer as time expired to give the ‘Hoos their ninth ACC road victory and improve their overall record to 27-and-2, 16-and-1 in the ACC – only the third time the ‘Hoos have won 16 ACC games in a season.

Hunter’s game-winner came after Louisville turned the ball over on an inbounds play with 0.9 seconds to play. Virginia trailed by five points in the final minute.

UVA achieves the first 9-and-0 ACC road record in league history and first perfect league road mark since Duke went 8-and-0 in 2011-12.

The ‘Hoos host Notre Dame in their regular season finale Saturday. Tip-off is set for 4:00 p.m. and the game will be broadcast live on WGNT in Hampton Roads.