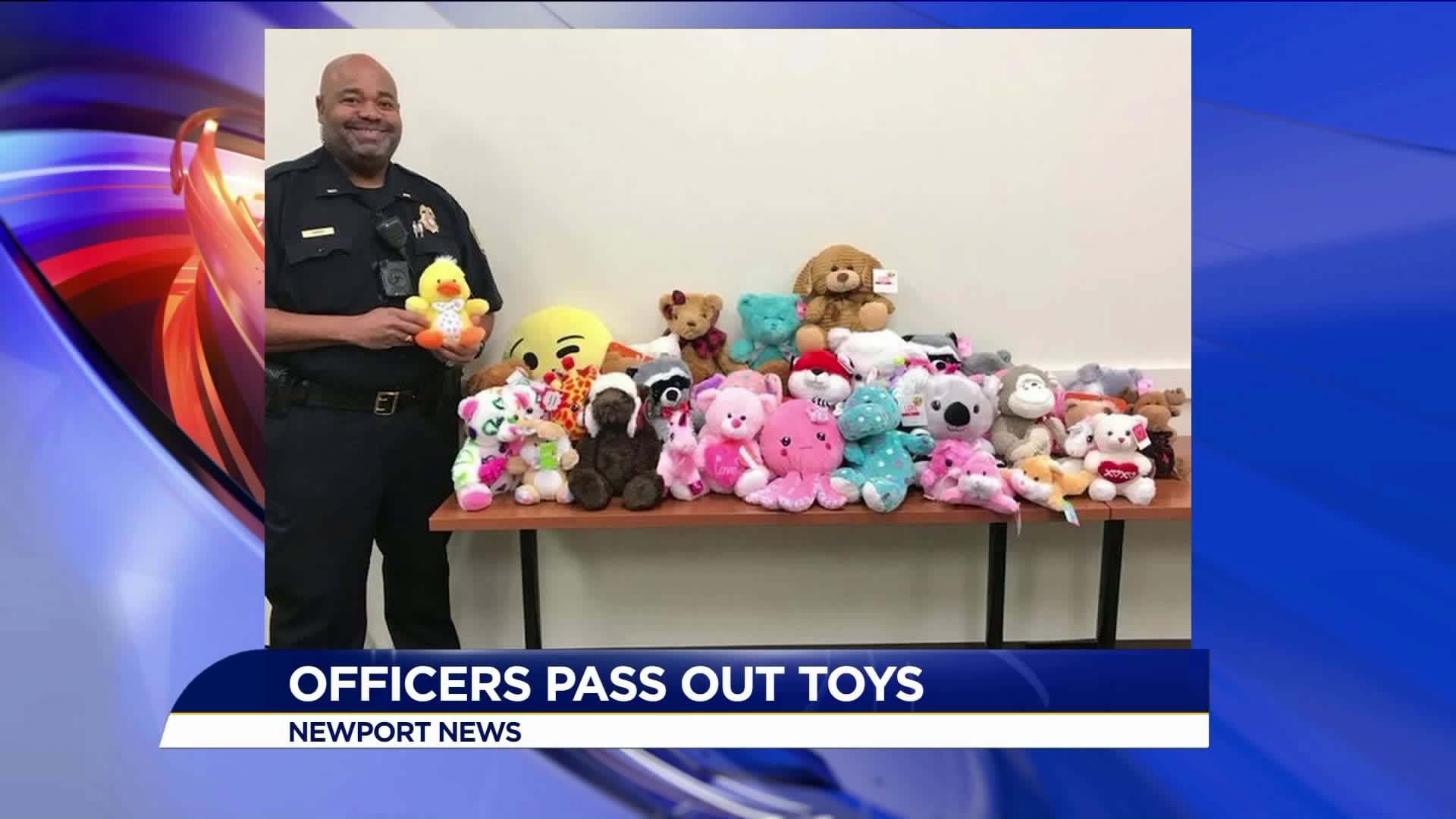 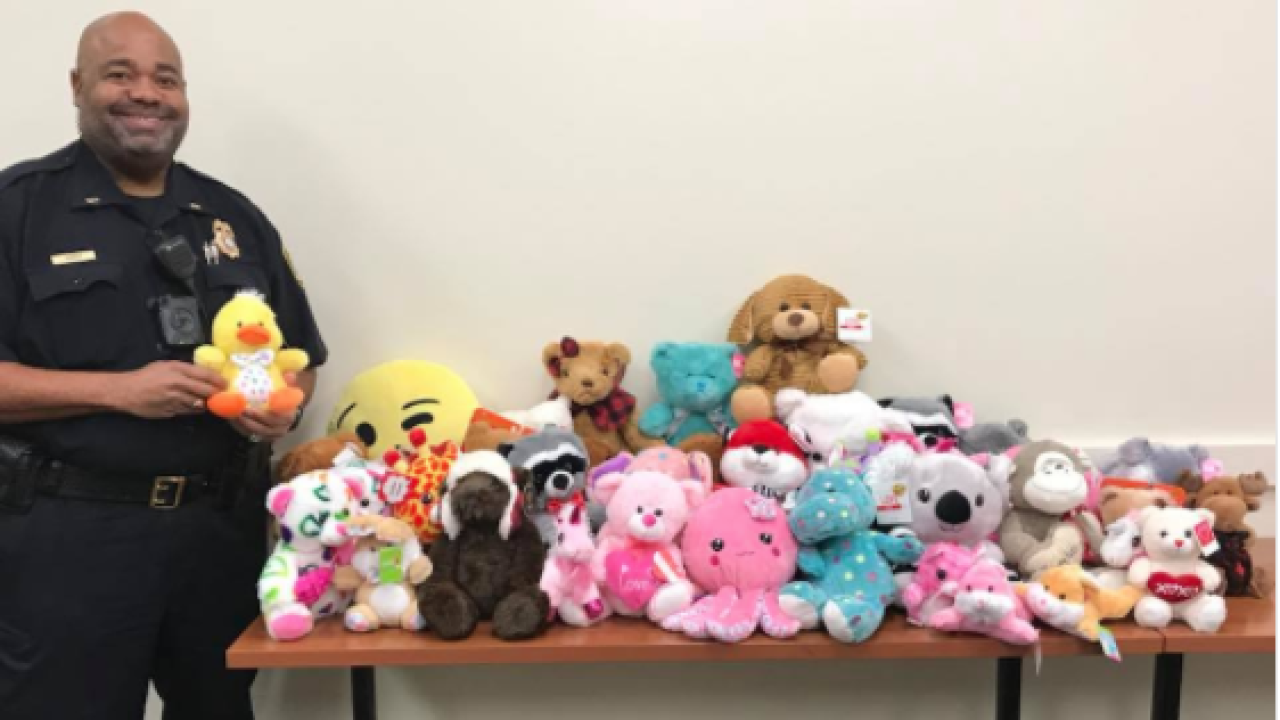 NEWPORT NEWS, Va. - Newport News Police are working to brighten children's days as they go out on calls.

An adorable picture posted on Twitter today showed lots of stuffed animals that were donated to the police department.

Thank you to the GFWC Woman’s Club of Hampton Roads for donating stuffed animals to our @NNPDSouth officers. Officers will distribute the stuffed animals to children in the community who are involved in emergency situations or just to brighten their day! pic.twitter.com/MBvUc04nv8

The department says the toys were donated by the GFWC Woman's Club of Hampton Roads.

Officers will pass out the stuffed animals when they respond to emergency calls or situations and there is a child at the scene.

However, no crisis is necessary - officers will also pass out the toys while out in the community to children to simply brighten their day.