31 coworkers just won one of the biggest Canadian jackpots ever 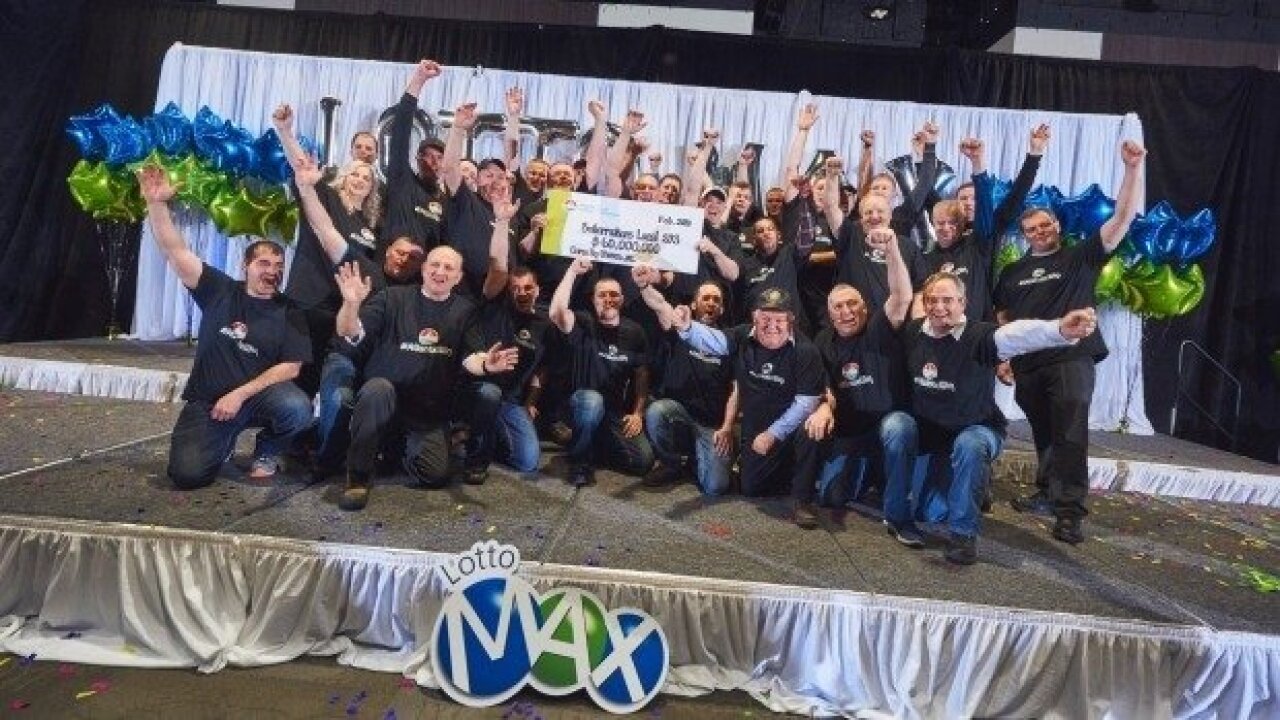 Newfoundland and Labrador has 31 new millionaires thanks to a winning ticket on the Feb. 23 Lotto Max draw.

They work in a small town called Come By Chance.

Newfoundland and Labrador has 31 new millionaires thanks to a winning ticket on the Feb. 23 Lotto Max draw.

And by chance, 31 refinery workers won one of the largest jackpots in Canadian history.

The $60 million jackpot (about $46.7 million USD) is the biggest ever awarded from Atlantic Lottery.

The instant millionaires appeared in a ceremony Wednesday to pose with their photo-op check and wore matching shirts and beaming smiles.

As members of the Boilermakers Local 203 union, they all work together at the Come By Chance Oil Refinery, located in a town with a population of 228 people in Newfoundland and Labrador.

For three months, the group had been buying lotto tickets.

“We throw in $5 each, so we had $155 worth of tickets,” said Sherry Moore Hickey, who bought the group’s winning ticket in a news release.

It turned out to be a pretty rewarding return on investment.

They’ll each get about $1.9 million($1.5 million USD), according to Atlantic Lottery. One share remains in dispute.

Hickey got a nice bonus in her household. She works with her husband, Lee Hickey, who was also part of the pool, so they’ll bring home two shares of the winnings.

Other winners within their group include a father and son, and identical twin brothers.

The lotto winners have grand plans to pay off mortgages, buy new cars and help their families. So far, five of them have retired.

But 26 of them — the vast majority — plan to go back to work to finish a project.

“We need to see it through,” Moore Hickey said. “It’s the right thing to do for the other Boilermakers in our union.”