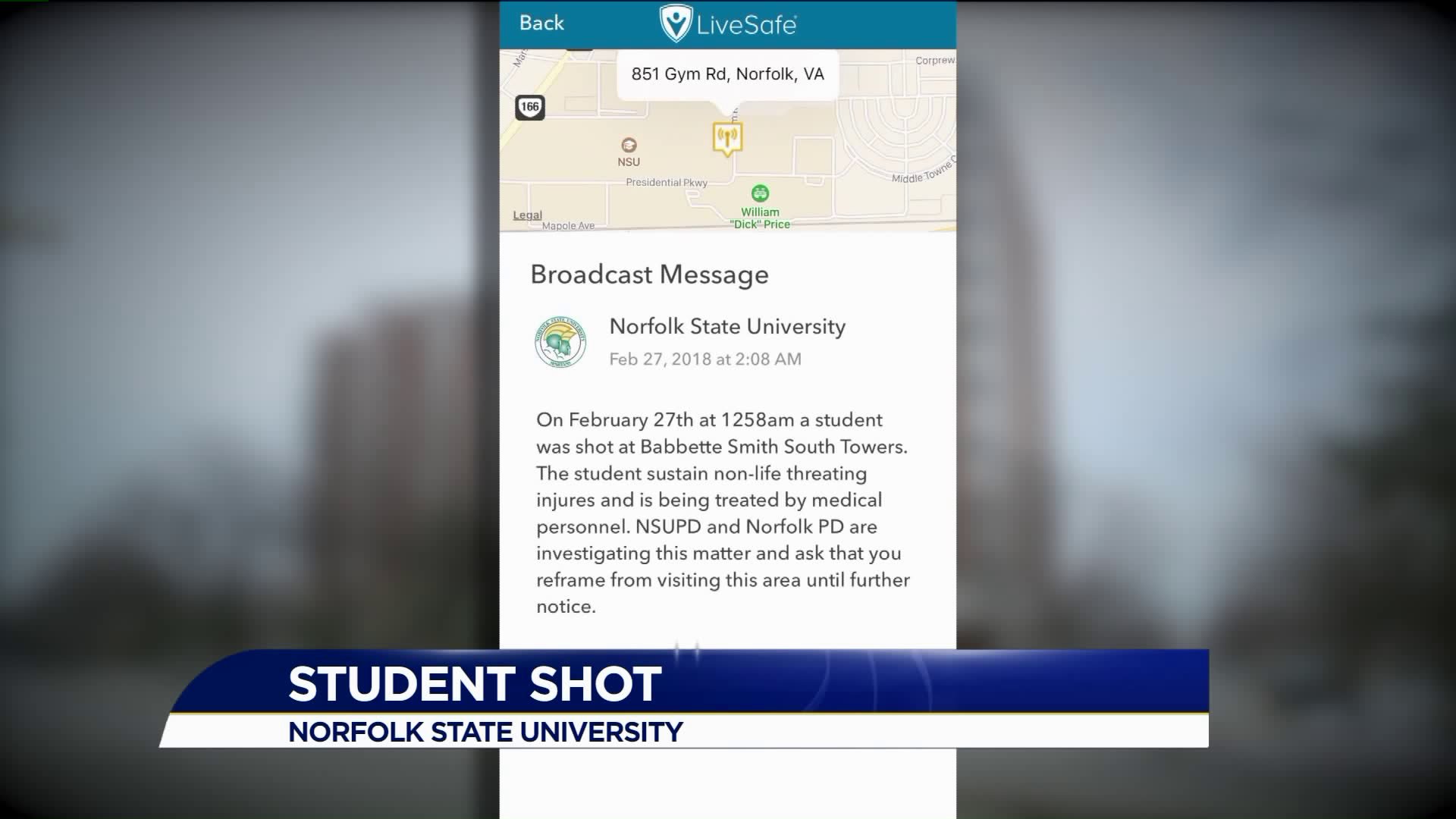 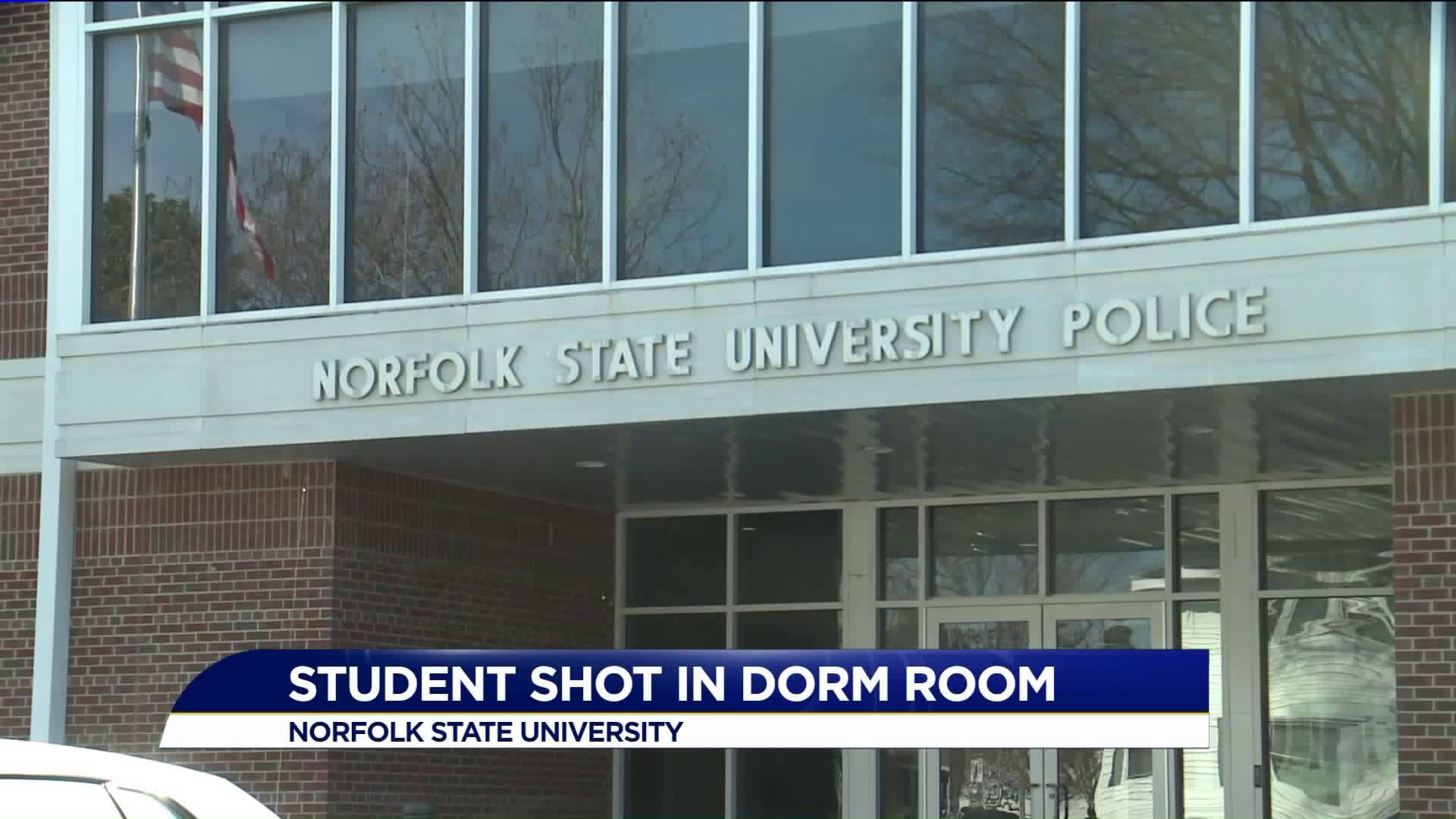 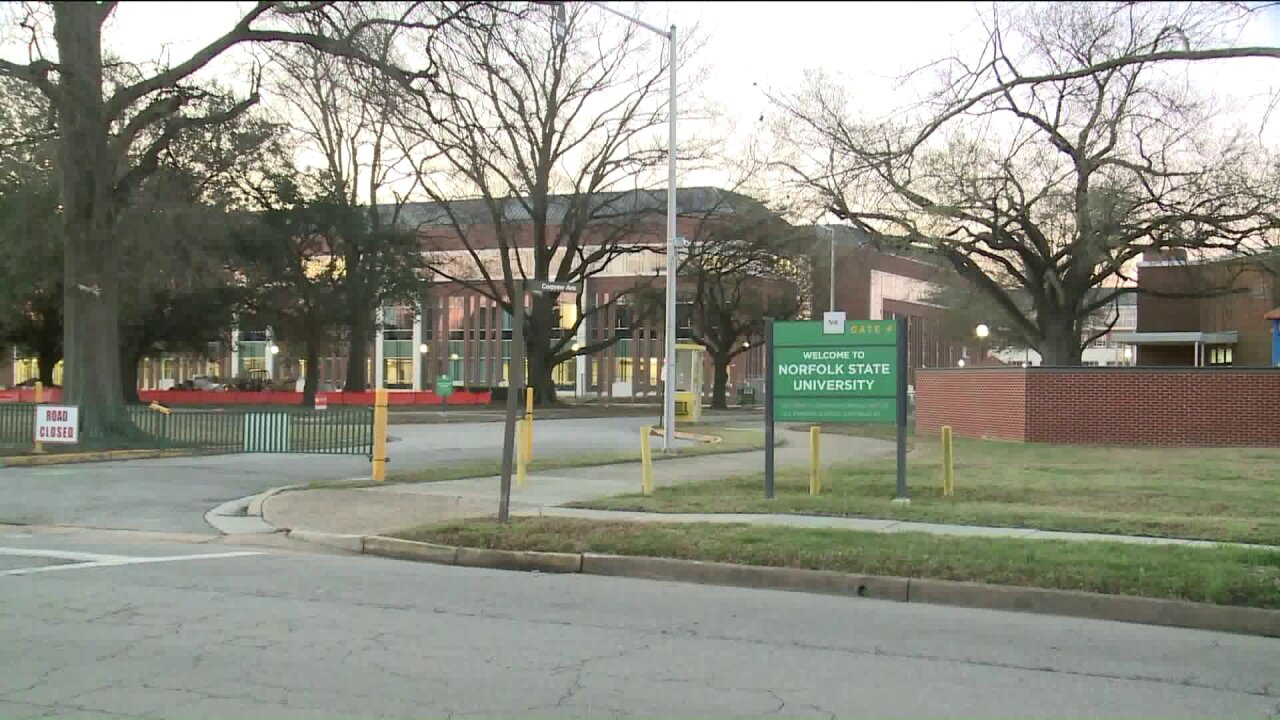 NORFOLK, Va. - A student was injured after being shot in a dorm at Norfolk State University, according to a NSU student alert.

News 3 spoke to Kahlil Williams this morning, he said he was in his room doing homework around 1 a.m. when he heard a loud noise from an adjacent dorm room and noticed he had been shot in the behind.

When police responded to the adjoining dorm room, the suspect was gone.

Williams said he treated the wound himself before paramedics got on scene. He was not seriously injured and he told us the bullet is still lodged in his skin.

The alert said the shooting happened in Babbette Smith South Resident  Hall where Williams is a Residence Assistance.

Norfolk Police were asked by NSU to respond to the campus for a gunshot victim.

Williams was taken to the hospital for non-life threatening injuries but has since been released.

There were no other injuries.

NSU's interim president, Melvin T. Stith, Ph.D, released a statement reminding students of the university's weapons policy and regulation, which state that the possession or carrying of any weapon by anyone other than a police officer is prohibited.

If you have any information that might help police, call the Crime Line at 1-888-LOCK-U-UP.