11-year-old beats out 3,000 others in photography contest; donates prize to Make-a-Wish foundation 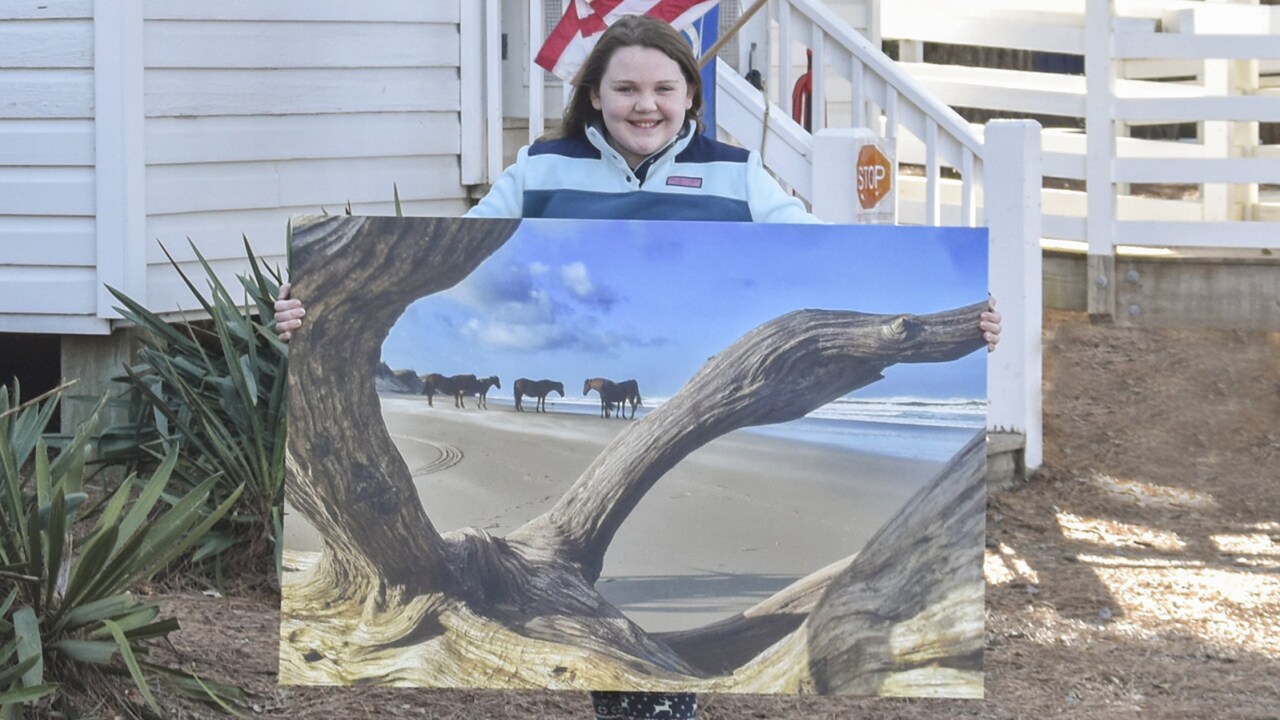 OUTER BANKS, N.C. – An 11-year-old girl beat out thousands of other entries in a photo contest and then turned around and donated her prize to charity.

Avery is a 6th grade student at Water’s Edge Village School in Corolla Village who hopes to one day become a marine biologist photographer.

The grand-prize in the contest: a week’s vacation on the Outer Banks.

“I remember when I called her, she was in the car on the way home from school with friends,” says Jeannie Maynard, Senior Social Media Specialist for Village Realty.  “I said ‘I need to tell you something.’ And she said ‘What?’ I told her ‘You won the Artistic Category in the Village Realty Photo Contest.’ She began shrieking with her friends exclaiming that she won. I then said ‘Wait, I need to tell you something else.’ And she got very quiet and said ‘What?’ I said ‘You won the grand prize of the entire contest.’ I could hear her burst into tears. It was the next day when her father, Jeff, called me back and said Avery wished to donate her vacation to a child with the Make-a-Wish Foundation, so that someone who didn’t live at the beach could spend time here.”

The staff at Village Realty was so moved by Avery’s generosity that they presented her with an enlarged canvas print of her winning photograph.