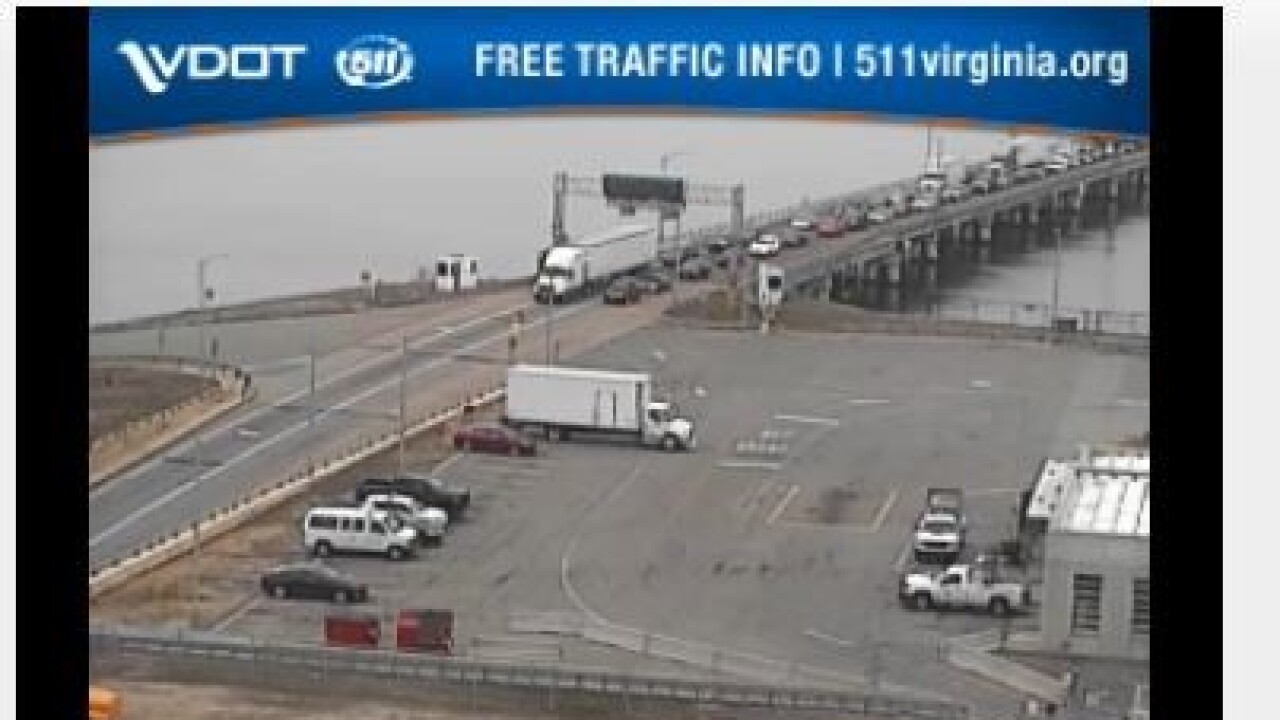 NORFOLK, Va. – The westbound lanes of I-64 at the Hampton Roads Bridge-Tunnel were shut down due to a vehicle pursuit on the Chesapeake Bay Bridge Tunnel Friday afternoon.

The Virginia Beach Police Department was notified in case the pursuit extended to the other side of the bridge.

VBPD said that while driving across the CBBT, the suspect attempted to hit a CBBT Police Officer who was out of his vehicle on the bridge. Near the end of the bridge in the 4400 block of Northampton Boulevard, Virginia Beach Police officers were trying to deploy stop sticks to stop the vehicle. This attempt failed, and the driver continued driving recklessly on Northampton Boulevard.

During this pursuit, officers attempted two other deployments of stop sticks, which were also unsuccessful. The suspect continued driving at a high rate of speed until he was able to drive back onto I-64.

Officers from the VBPD and Virginia State Police continued the pursuit to the HRBT. The officers successfully deployed stop sticks near the tunnel.

The suspect continued into the tunnel, where it caused a multi-vehicle crash. The crash will be investigated by State Police.