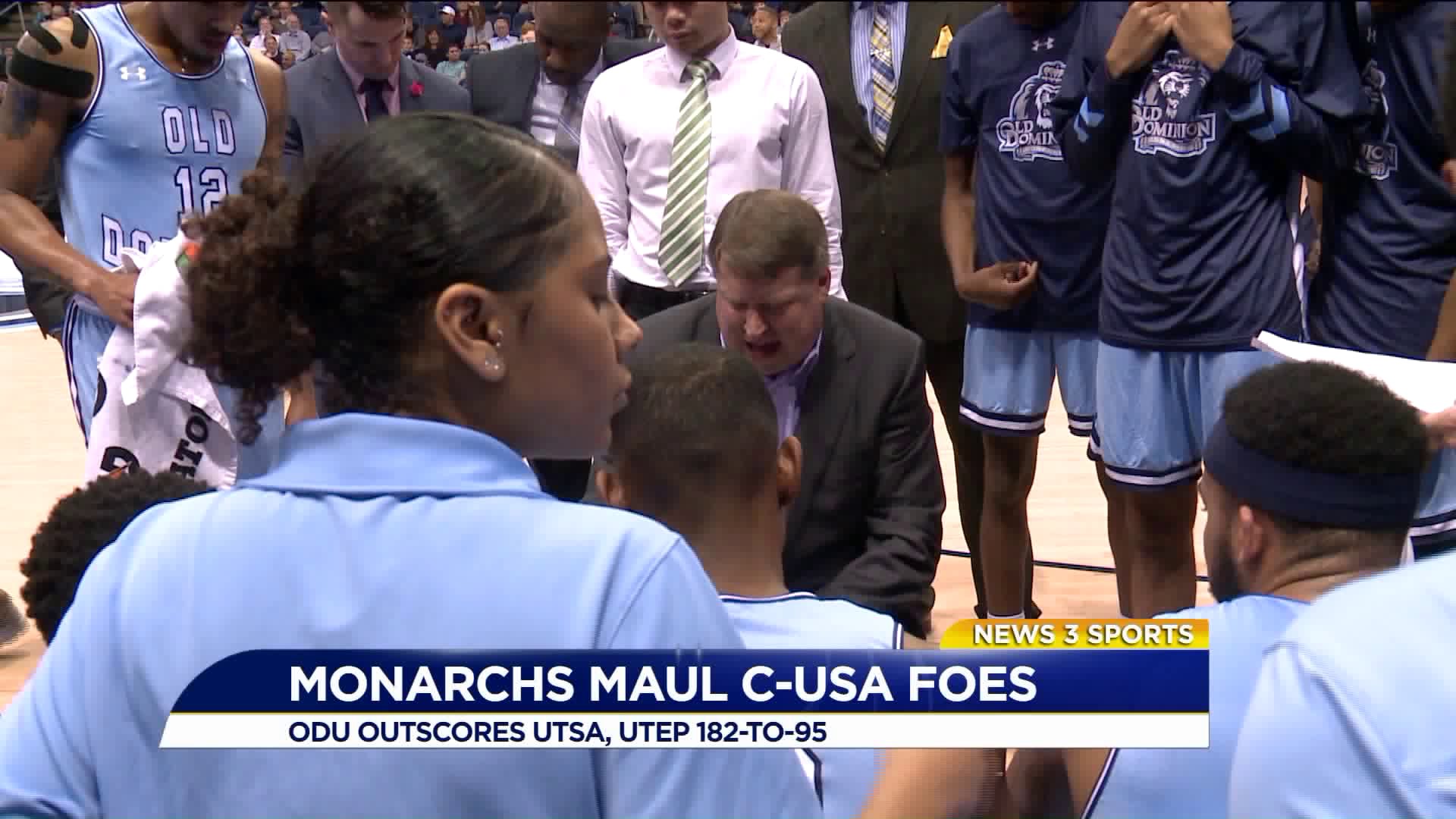 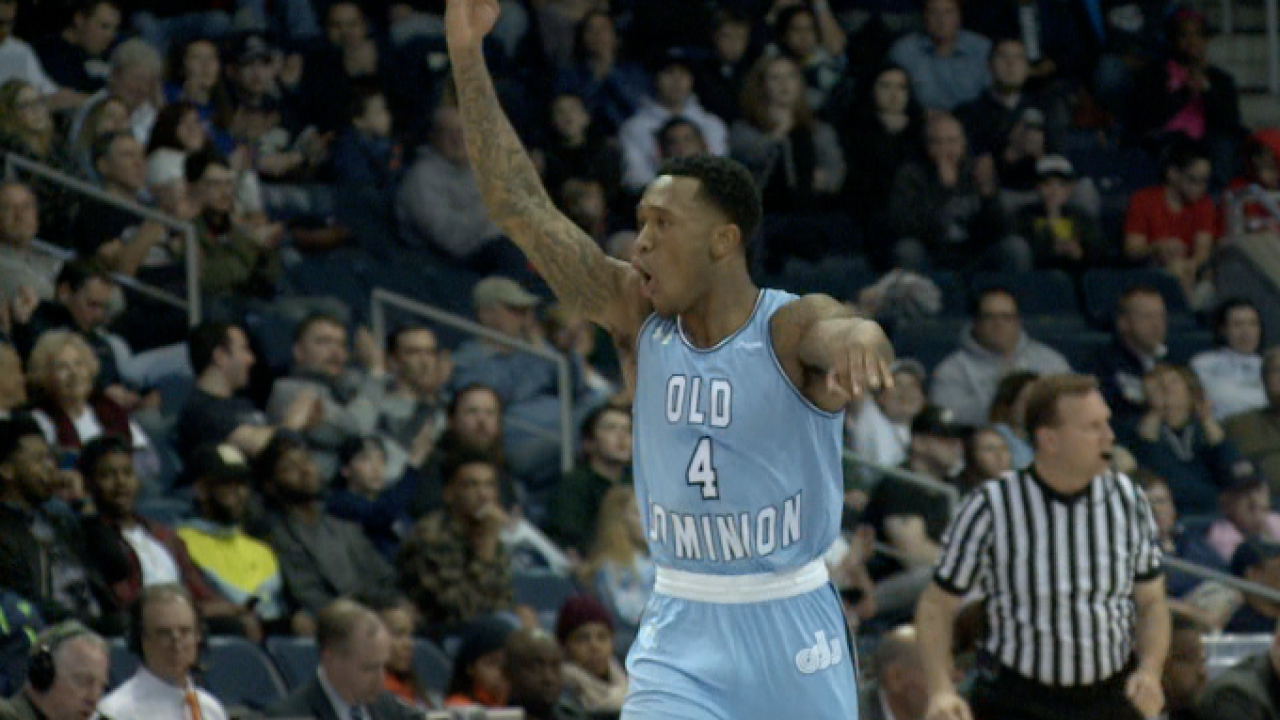 NORFOLK, Va. - Last weekend, what the Old Dominion men's basketball team did to a pair of Conference USA foes would likely get the Monarchs banned from some foreign countries. Texas is not a foreign country, but ODU is almost certainly not welcome in the Lone Star State.

Thursday, ODU throttles Texas-San Antonio by 38 points. Saturday, the Monarchs maul Texas-El Paso (UTEP) by 49 points. ODU won its two games by an average of 43.5 points. Talk about a Texas two step on your throat, right?

"I don't think that's the expectation for any team," ODU's Ahmad Caver said smiling when asked if winning by 40+ is the expectation. "I think we just had two good games. We played good defense and we made some shots."

"Obviously that was a little bit unusual," head coach Jeff Jones admitted when discussing the two blowout victories. "Things just went our way last week and we're glad they did. "But you can't count on that all the time."