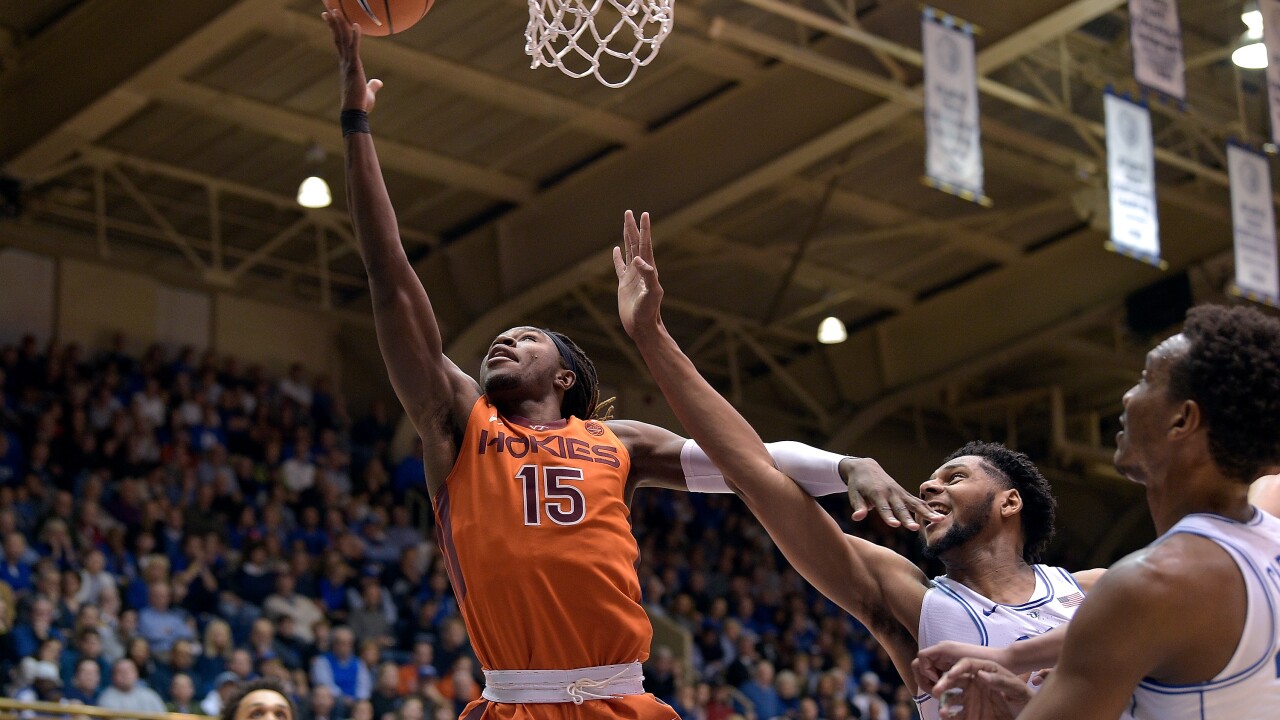 BLACKSBURG, Va. – Virginia Tech’s men’s basketball team has won seven of its last nine games – including three vs. teams ranked in the top 15.

Wednesday, the Hokies topple No. 15 Clemson, 65-58 at Cassell Coliseum. The victory moves Tech (20-and-8 overall, 9-and-6 ACC) into a tie for fourth place in the ACC standings with only three regular-season games left.

The victory vs. the 15th ranked Tigers comes after the Hokies upset No. 2 Virginia February 10th and 10th ranked North Carolina January 22nd.

“It sounds like such a coach, and in many respects, I try to stay away from that every day. We are not trying to think of anything other than the next 24 hours,” Tech coach Buzz Williams said when discussing how Tech’s victory impacts the Hokies chances of reaching their second straight NCAA tournament. “How we manage the next 24 hours emotionally, physically, mentally … that’s going to impact Saturday. The same can be said for Friday. I’ve allowed our staff to kind of step in front me because they’re better at it than me at doing that more.

“I’ve kind of just tried to help give energy to our guys. Same thing in the game tonight. Very little strategy. Not a lot of technique. I thought we won the game because of energy, and I believe that will be the case if we win tomorrow [Saturday].”

Tech Hokies led by as many as 14 points late in the second half before the Tigers used an 11-2 run to cut the lead to five with 41 seconds remaining. Tech’s bench outscored Clemson’s 19-0, and it also added 13 rebounds and six assists. Freshman P.J. Horne led the way with nine points and three boards.

The Hokies return to action Saturday with the second of three straight home games, as they host Louisville at 1 p.m. in a game to be broadcast live on News 3.