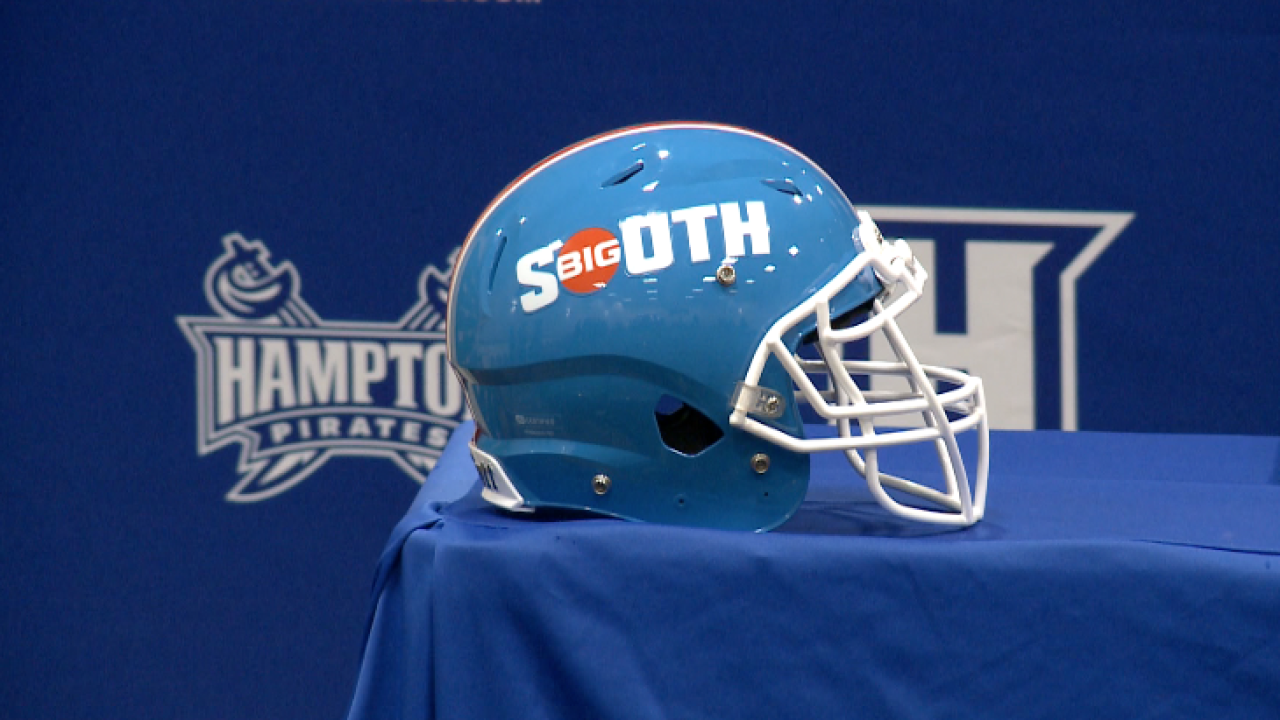 As the Pirates prepare to transition out of the Mid-Eastern Athletic Conference (MEAC) and into the Big South Conference, a move HU announced in November, Hampton has encountered an issue with its soon-to-be former league.

In mid-February, The Onnidian Group – an HBCU-centric website, tweeted Hampton will not play any MEAC football games in 2018 or 2019. Citing sources, the tweet said HU was trying to fill its schedule from scratch.

SOURCES: Hampton will NOT play any MEAC football games this year or next. Pirates are now trying to fill schedule from scratch

February 22nd, Hampton responded to what it calls “inaccurate and misleading” reports it has opted out of playing MEAC football opponents in 2018. HU claims the MEAC is going out of its way to punish the Pirates for leaving the conference.

“I am appalled that, after a 22-year rewarding and productive relationship and numerous conference championships, the MEAC wants to hang Hampton University student-athletes out to dry,” Hampton University Senior Vice President Paul C. Harris said in a three and a half page letter. “These are the same talented young people whose NCAA appearances have resulted in millions of dollars being poured into MEAC coffers,” Harris added.

Hampton says it’s willing to play a MEAC football schedule this season, but its former conference not only refuses to discuss a transition – the MEAC has issued what it calls “a set of unreasonable demands which Hampton University finds totally unacceptable”.

In its letter, Hampton claims it “has made repeated requests to meet with the MEAC Council of Chief Executive Officers and MEAC Commissioner Dennis Thomas to discuss and work out the terms and conditions of Hampton University’s withdrawal from the conference. Inexplicably, the MEAC steadfastly has refused to meet with Hampton University officials.” HU also says the MEAC is assessing a $250,000 financial penalty against Hampton for its
failure to comply with MEAC Constitution and Bylaws.

UPDATE (Wednesday February 21): News 3 reached MEAC Commissioner Dr. Dennis E. Thomas by phone Wednesday afternoon. When asked for the conference’s response to Hampton’s claims, Dr. Thomas said, “We have reviewed the document and will have the appropriate response in due time. Until then, we will refrain from making further comment.”

UPDATE (Wednesday February 28): The Mid-Eastern Athletic Conference responded to Hampton’s claims, in an attempt to “set the record straight regarding the University’s pending departure from the conference”.

“While we are disappointed that Hampton University wishes to join another conference, the MEAC respects its right to do so and wishes Hampton well in its transition,” the conference said in a statement. “We respect Hampton’s right to act on what it perceives as its own best interest, but we also expect Hampton to honor its obligations to MEAC and member institutions under MEAC’s legally binding Constitution and Bylaws – which Hampton has failed to do.”

“Hampton, however, has admitted it missed the July 1, 2017 deadline for any institution to withdraw from the conference as of June 30, 2018, as Hampton has indicated it plans to do. Hampton announced this decision on Nov. 16, 2017 – more than four months after the deadline,” the statement read. “Hampton’s failure to meet the deadline and plan to withdraw in June has resulted in consequences as prescribed in our Bylaws.”

Among the consequences for Hampton according to the MEAC:

As a non-conference institution, Hampton would not be eligible for Conference championships, MEAC postseason games and accolades

Hampton must play a full MEAC football schedule for the 2019, 2020 and 2021 seasons unless their scheduled MEAC opponents agree not to play

Hampton is not eligible for any MEAC revenue distribution after their departure from the conference on June 30, 2018

Hampton must pay a penalty, which our Bylaws give the Conference the authority to assess when member institutions fail to follow MEAC policies.