Will your job be safe in the age of automation? 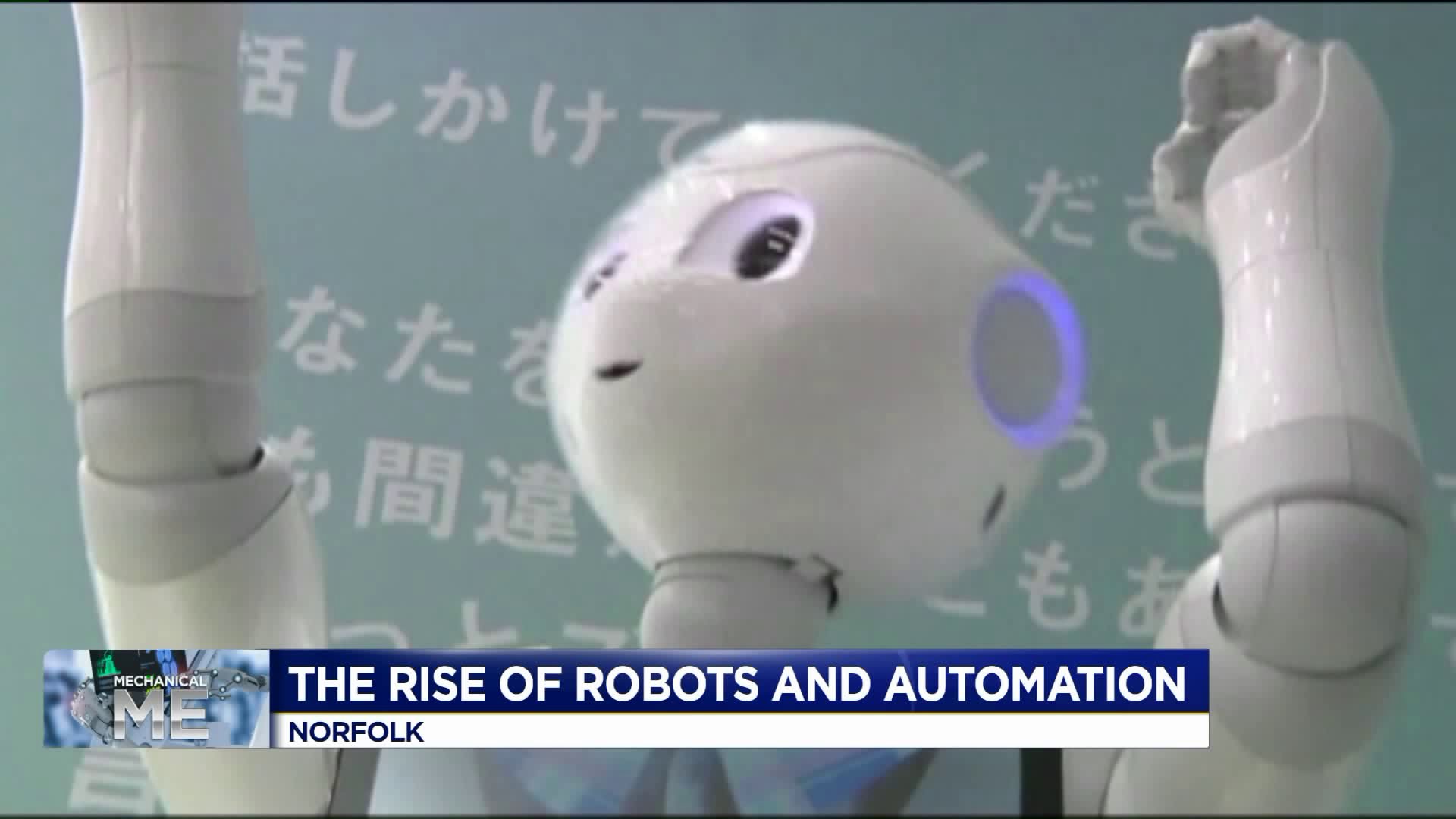 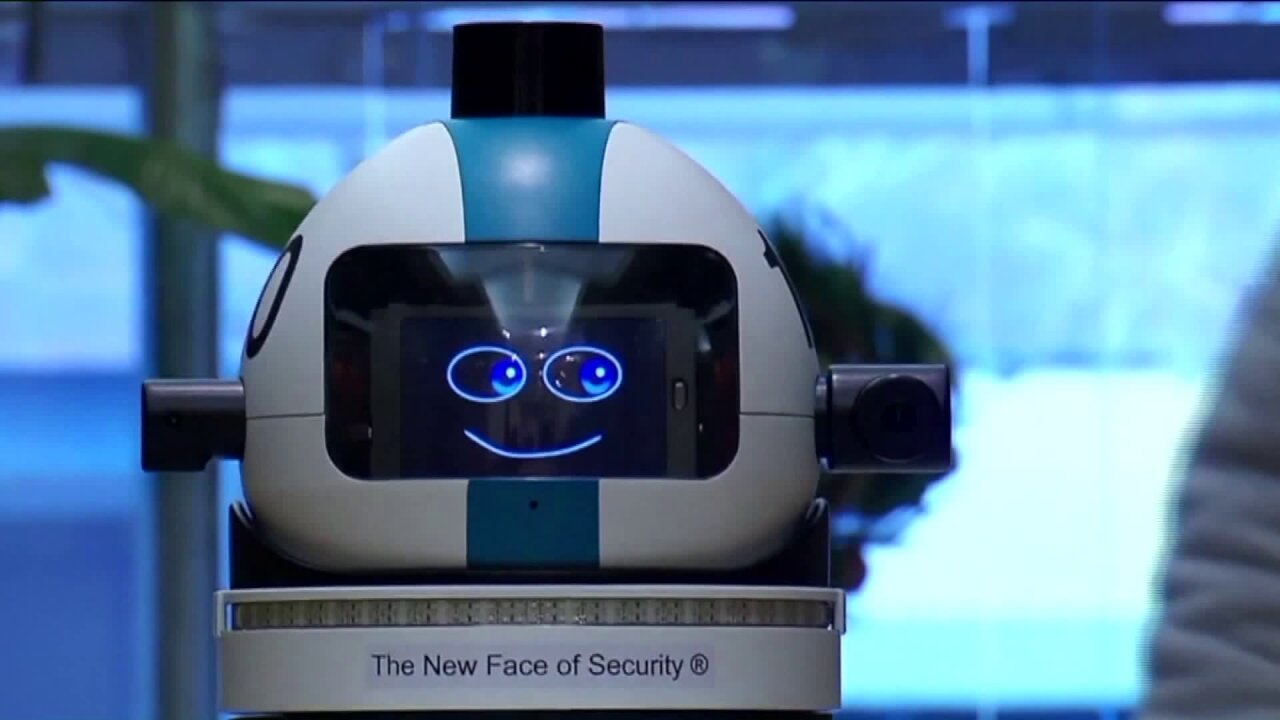 NORFOLK, Va. - The rise of automation, robots, and machine learning is expected to drastically disrupt the American workplace over the next 30 years.

In the report Jobs lost, jobs gained: Workforce transitions in a time of automation published by McKinsey Global Institute last year, the study found that up to 70 million American workers may have to find another way to earn an income in the coming years.

They found that "In about 60 percent of occupations, at least one-third of the constituent activities could be automated, implying substantial workplace transformations and changes for all workers."

At Old Dominion University in Norfolk Dr. Robert McNab is an economics professor and Director of the Dragas Center for Economic Analysis and Policy. He says automation is already a part of life in Hampton Roads.

"It’s a trend that so far many people haven’t recognized, it’s been behind the scenes, but it’s generally part of our lives," McNab told News 3 anchor Todd Corillo. "Now we are starting to see the rise of automation that is not only robots but also algorithms that are replacing entire classes of work."

"Some of the largest service industries, such as truck driving and waitressing and restaurateuring are possibly going to be replaced by automation over the next 30 years. These are millions of people who will all of a sudden find themselves without a livelihood and will have to be retrained and recertified into something different," McNab explained.

"The good news is that jobs that rely on a lot of social interaction, a lot of social cues, are very hard to automate. If you’re a pre-school teacher, you have to go between teaching and wiping noses and breaking up arguments. That’s very hard for algorithms to do and human skills are very necessary for that," he continued.

While automation and algorithms are expected to change the jobs landscape in the United States over the next three decades, McNab and others point to the opportunities and advantages that they offer as a reason to be optimistic.

At Eastern Virginia Medical School in Norfolk they're already incorporating robots and machine learning to enhance patient care and training for students and physicians.

Dr. Richard Homan, President and Provost, Dean of the School of Medicine, took News 3 inside The Sentara Center for Simulation and Immersive Learning.

"This provides an opportunity to be able to simulate certain clinical scenarios so they can get it right here in the laboratory before they actually see a patient in the clinic or operating room," Dr. Homan explained.

Incorporating the advances in technology has already made a difference at EVMS.

"The technology that we have in the operating room decreases lengths of stays of patients, improves the outcomes, provides more precision for the operators," Dr. Homan continued.

He believes the onset of technology and robots makes this one of the most exciting times to be in medicine "in a generation or two" because of the transformations.

"Over the next 10 or 15 years artificial intelligence and machine learning is going to be critical to medicine. In medicine, it’s all about taking care of patients more effectively. We are not afraid of technology, we want to embrace it."

In 2016, EVMS was named one of the founding partners of the IBM Watson Health medical imaging collaborative. A research program is looking at identifying the likelihood of a baby having congenital heart disease through mothers who have fetal ultrasounds between 16 and 20 weeks. The idea is increases in efficiency and better diagnosis will lead to healthier babies being delivered.

"That is going to become even more robust and it will be a consulting opportunity to have the artificial intelligence to be on the shoulder of the physician to be able to fact-check them and provide them more opportunities to refine care for their patients," Dr. Homan explained.

The work already being done at EVMS is one example of what Dr. McNab, the ODU economist, sees as an opportunity for Hampton Roads.

"How do we leverage our expertise at ODU, at CNU, at William and Mary, at the shipyards, at the port, at EVMS to bring together a systemic approach to automation and algorithms," he posited, saying that a regional approach can put Hampton Roads at the forefront.

"We need to come up with a regional solution so Hampton Roads is not known just for its defense, but is known for algorithms and automation as they apply to the economy as a whole."