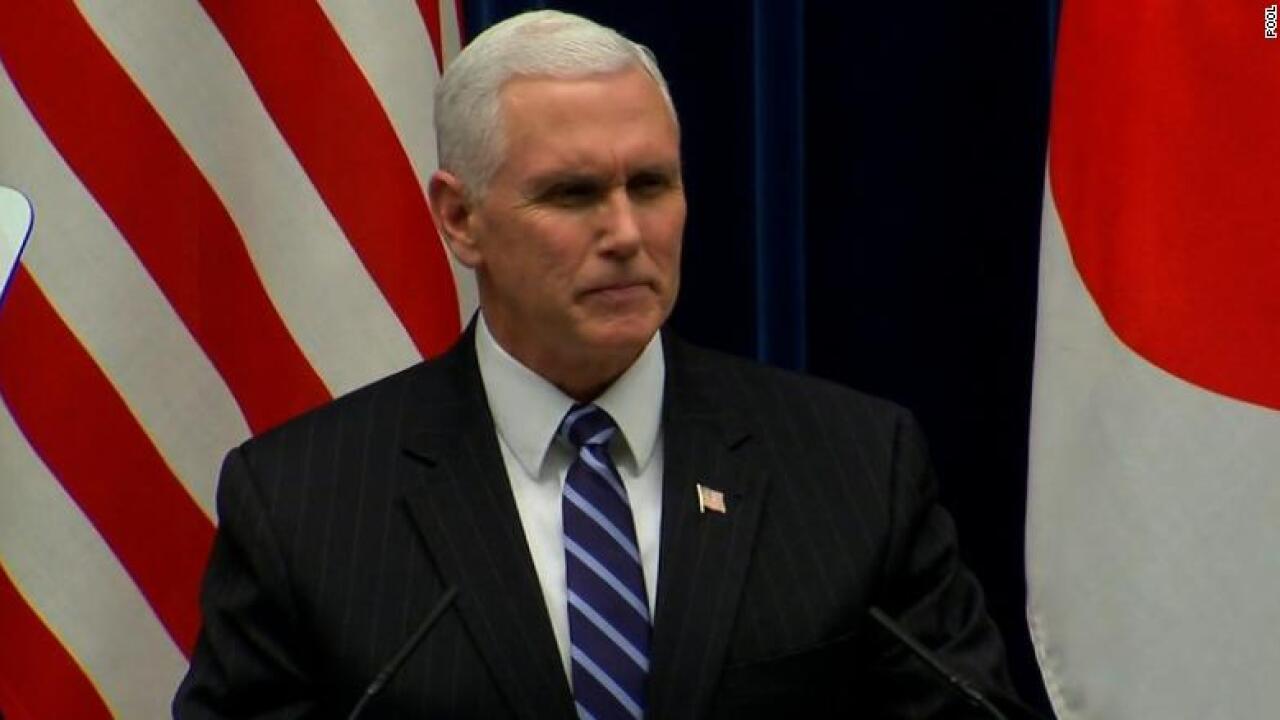 Vice President Mike Pence travels to the Texas-Mexico border on Friday in his first visit to the area as vice president.

A White House official said Pence will be joined by Homeland Security Secretary Kirstjen Nielsen and Texas’ Sen. Ted Cruz for an “operational tour” of the border. The group will participate in a roundtable discussion with US Customs and Border Protection about the infrastructure and technology behind a potential border wall. Another senior administration official added that there will also be a conversation about loopholes in the current immigration laws that permit MS-13 gang members to come to the US. This was also the topic of a White House roundtable earlier this week.

The vice president will travel to the border before President Donald Trump has been able to make such a trip, though Trump has said several times he plans to travel to see border wall prototypes.

This will be Nielsen’s third visit to the border in her role, according to her spokesman. She visited McAllen, Texas, about a month ago.

Sister Norma Pimentel, director of the Humanitarian Respite Center in McAllen, told CNN that she has been invited to meet with the vice president. Pimentel said she hopes to express her disappointment with lawmakers regarding the failure to reach a deal on the Deferred Action for Childhood Arrivals program. She will also emphasize why she believes a border wall is not the answer to the issue of immigration and urge Pence to meet with members of the community for a better understanding of the potential impact a border wall — a Trump administration priority — would have on the region and its people.

The Rio Grande Valley has been seen as ground zero for the immigration debate, as it’s among the busiest areas for Border Patrol agents. In fiscal year 2017, agents apprehended 137,562 undocumented people. The area is also home to the expected starting point of the proposed border wall at the controversial Santa Ana National Wildlife Refuge.

The vice president will continue to Dallas later Friday evening and he will participate in a roundtable lunch on Saturday for the America First Action super PAC, with the money benefiting the Trump Victory fund. Tickets start at $2,700 per person for lunch and go up to $35,000 for a couple to meet in a small group with the vice president, according to a person familiar with the event.

John-Michael Torres, the communications director for local immigrant advocacy group LUPE (La Union Del Pueblo Entero), is organizing a news conference at a segment of border wall in Hidalgo, Texas, on Friday afternoon — one of the cities Pence is scheduled to visit for an up-close look at the Rio Grande and a border crossing.

While Torres said he doesn’t expect the group’s message to be seen or heard by the vice president, he thinks it’s important to express local concern over Trump’s proposed border wall:

“Today’s visit is symbolic of the anti-immigrant, pro-wall policies that President Trump has been pushing out. We do not want Vice President Pence to leave without him hearing from local communities who continue to reject the notion of a border wall.”