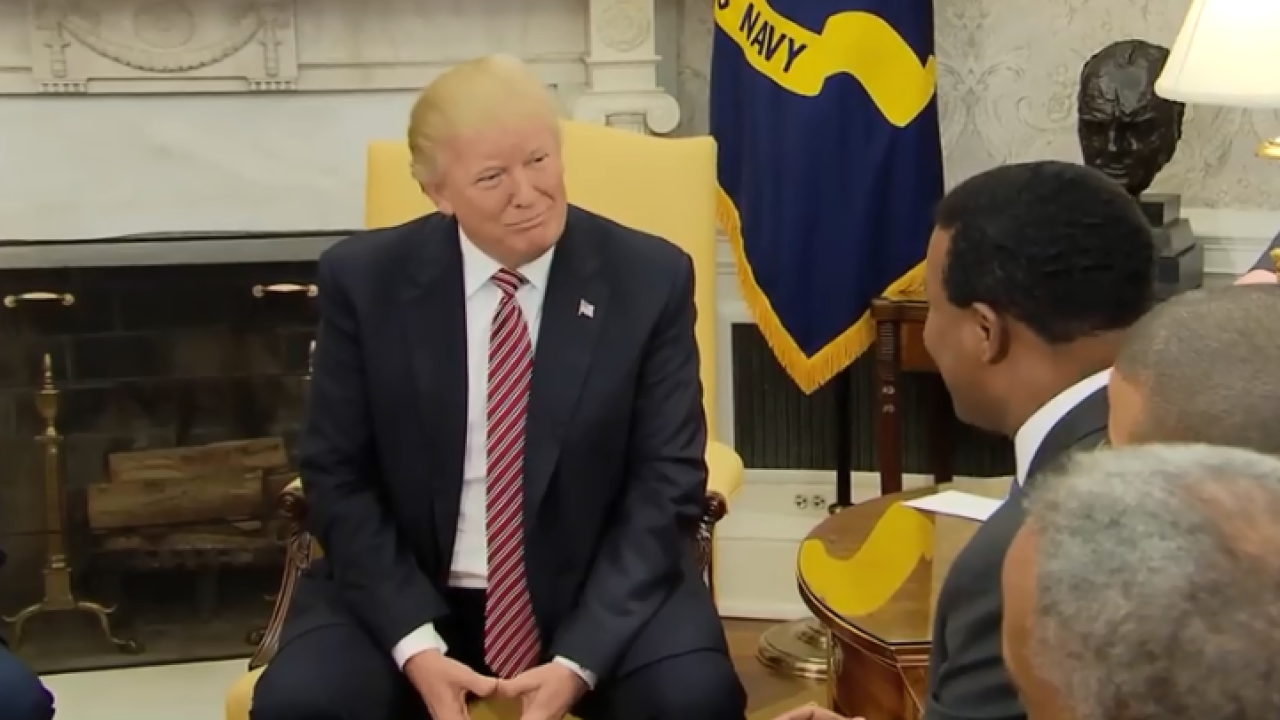 The Commerce Department is recommending steep tariffs on foreign steel and aluminum.

The suggested tariffs, offered by Commerce Secretary Wilbur Ross in the name of national security, are the latest indication that President Trump’s trade talk is turning from bark to bite. They also raise the risk of a trade war with China and other nations.

Ross suggested three options for Trump — impose across-the-board tariffs on steel and aluminum, target select countries with even higher tariffs, or limit the total steel and aluminum coming into the United States.

Trump could choose any of those options or a combination. A White House spokeswoman said the recommendations are among the documents Trump is reviewing to make his decision. She noted Trump could take some action or no action at all.

— An across-the-board tariff of 24% on imports from all countries.

— Tariffs of at least 53% on imports from 12 countries: Brazil, China, Costa Rica, Egypt, India, Malaysia, South Korea, Russia, South Africa, Thailand, Turkey and Vietnam. These countries would not be allowed to export more steel to the United States this year than they did last year.

— Cut imports of steel into the United States, the world’s largest steel importer, by 37% from all countries.

Stocks of steel and aluminum companies immediately soared. Stocks of some automakers, which import foreign steel to build cars, fell a bit. Ford and GM both dropped slightly.

— A tariff of 23.6% on imports from five specific aluminum exporters: China, Hong Kong, Vietnam, Russia and Venezuela. Just like with steel, the countries singled out would not be allowed to export more aluminum than they did last year.

— Cut aluminum imports from all countries by about 13%.

The Business Roundtable, a powerful business lobby, warned that if Trump adopts the recommendations, it could “result in foreign retaliation against U.S. exporters and harm the U.S. economy.”

The steel and aluminum cases again demonstrate Trump’s protectionist stance on trade — a promise to manufacturing workers during his 2016 campaign and a factor Trump himself credits for getting him elected.

The recommendations come less than a month after Trump slapped tariffs on foreign solar panels and washing machines.

Last year, the administration initiated separate investigations to determine whether steel and aluminum risked U.S. national security. Trump invoked a little-used law from 1962 to get the cases started.

That was an unusual step that gave Trump unlimited power to take action. By citing national security, Trump can skirt independent U.S. government trade bodies and impose tariffs and quotas as high as he wants.

One Clinton administration trade adviser told Bloomberg last year the 1962 law is like a “sledgehammer” on trade.

Outside experts say Ross’ investigation didn’t provide evidence that imported steel risks national security. They also add that the recommendations set a dangerous precedent: All other countries could say U.S. goods or services risk their national security, even if the argument can’t stand on a leg.

“You now open up the door for anybody to do anything as long as they say ‘national security,'” said Phil Levy, a trade expert at the Chicago Council on Global Affairs and a former economist in the Bush administration. “That could open the door for a global trade war.”

One of Commerce’s findings from the investigation was that U.S. steel jobs have declined significantly since the late 1990s.

“Why is this a national security concern?” Levy added. “This is raw protectionism in search of an excuse.”

Ross and Trump’s argument is that the United States would need plenty of American-made steel on hand if it ever went to war again on a large scale.

“What we’re talking about is tariffs and-or quotas,” Trump said Wednesday. He said U.S. steel makers have been decimated by foreign imports of metals.

Trade economists have long known that China sells steel in the United States at unfairly low prices, a practice known as dumping, because it can produce industrial steel on the cheap. Hundreds of U.S. sanctions have helped reduce Chinese steel imports, but they haven’t forced China to play by the rules.

Many independent trade experts say the national security risk argument is a tough sell. And they argue that sweeping tariffs or quotas would almost certainly provoke retaliation from China, or others.

Ross first said the recommendations would be finished by the end of June 2017. The cases resurfaced in January after the Republican tax cuts were passed. Getting them across the finish line required the support of Republicans on Capitol Hill who oppose tariffs, quotas and protectionism.

It’s unclear when Trump will make a decision. Commerce delivered its report to him several weeks ago. By law, he has until mid-April to decide.

The 1962 law was last used in 2002 by President Bush. Economists who later served in his administration admit the case was a mistake, costing more U.S. jobs than it saved.

“There is little or no evidence that steel imports harm our national security, while there is ample evidence that import taxes will harm economic growth and cost American jobs,” said Christine McDaniel, senior fellow at the Mercatus Center in Washington and a former trade economist in the Bush administration.