School shooting survivor to lawmakers you need to take some action 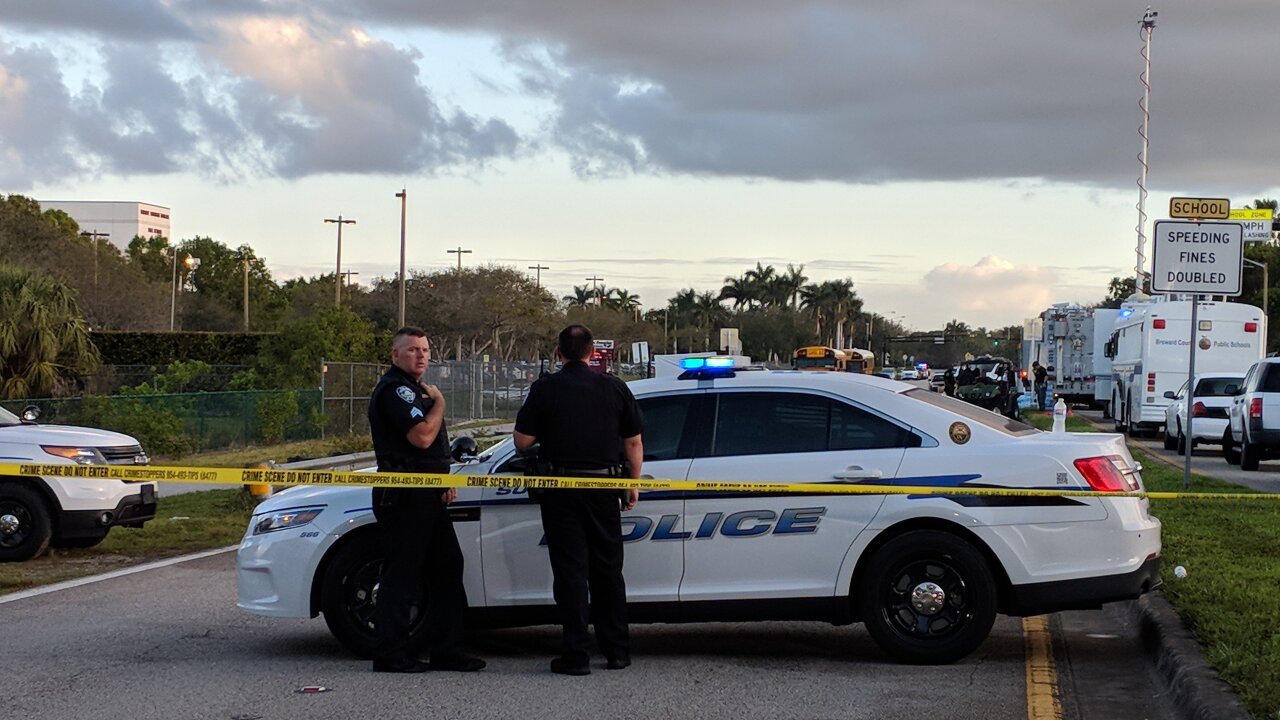 The Broward County Sheriff’s Office in Florida is responding to reports of a shooting at Stoneman Douglas High School in Parkland. There are reports of victims.

A student who witnessed Wednesday’s massacre at a Florida school made a direct plea to lawmakers on Thursday to take action, warning more children will die otherwise.

“Some of our policymakers and some people need to — they need to look in the mirror and take some action because ideas are great but without action, ideas stay ideas and children die,” Marjory Stoneman Douglas High School senior David Hogg told CNN’s “New Day.”

At least 17 people were killed Wednesday afternoon when, authorities say, a 19-year-old former student opened fire at the Parkland school near Fort Lauderdale. Nikolas Cruz has been charged with 17 counts of premeditated murder, the Broward County Sheriff’s Office said.

Hogg, who is a student journalist, recorded footage of the shooting, but “New Day” anchor Alisyn Camerota explained that it can’t be shown on air because of its graphic nature.

Hogg detailed why he recorded what was happening.

“I was really thinking about, ‘What has my impact been? What have any of our impacts been?’ … I thought to myself, ‘If I die today, I want my impact to be — if I die I want to tell a good story,’ ” he said.

“I want to show these people exactly what’s going on when these children are facing bullets flying through classrooms and students are dying trying to get an education. That’s not OK, and that’s not acceptable and we need to fix that.”

The student said his younger sister lost two of her best friends in the shooting.

He looked directly into the camera as he called on lawmakers: “We’re children. You guys are the adults. You need to take some action and play a role. Work together, come over your politics, and get something done.”

Moments later, US Rep. Ted Deutch, D-Florida, joined Camerota on “New Day” and revealed that Hogg was serious about delivering his message to elected officials, on and off-camera.

“I appreciate the interview that you just did with the two students,” Deutch said, referring to Hogg and his schoolmate Kelsey Friend.

“When they were leaving, I went to tell them how brave I thought they were, and (Hogg) looked at me and he said, ‘We want action.’ ”