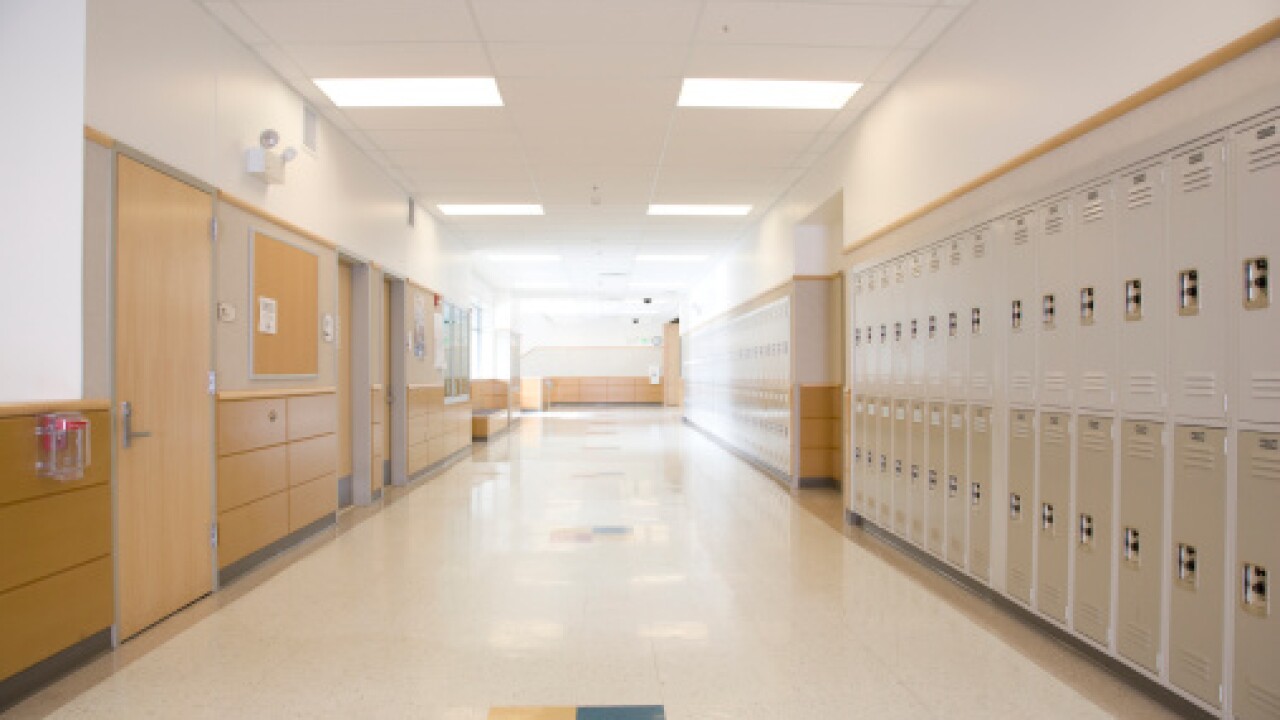 A Daphne mother was upset because she said her son followed the rule, “if you see something, say something,” and got suspended in the process.

After hearing about the student’s suspension, Superintendent Eddie Tyler told FOX10 News he has spoken with the student as well as the child’s mother and has “lifted that discipline.”

“I put out a message to our system and our parents to encourage your children to come forward. If you see something, say something and that’s what some students have done; that’s what I would expect them to do.

There were a couple of incidents this past week were students saw something, heard something and said something.

And with this young man at Daphne; I’ve just spoken to him and I’ve spoken to his mother who was very gracious in giving me some time. I explained to her the situation that I assumed which is a bad thing to do, that no discipline was given to any of these children that have come forward. When I found out that there was discipline levied on the student at Daphne that concerned me. I have lifted that discipline. I didn’t approve that discipline.”

Friday, police received a 911 call that a student overheard another student say he was going to bring a gun to school.

Police responded to the scene and no gun was found. Police say it was a misunderstanding. They say two fourth graders were talking about a Nerf gun fight.

Following the incident on Friday, Superintendent Eddie Tyler released a statement that reads in part:

“This morning a student made flippant comments on a Daphne bus about bringing guns to school, another student heard it and called 911 from the bus,” Tyler wrote in a statement published on Facebook. “The bus was soon surrounded by law enforcement. There was needless panic and chaos.”

Tyler said it is important for adults as well as children to keep all communication channels “clear of idle talk and hearsay.”

He wrote, “Please stress to your child NOT to talk about guns, bringing guns to school or any of the sort, and if they see something or hear something, to not converse about it but to say something immediately to a teacher, administrator or school resource officer.”

The bus was heading to JW Carroll Intermediate School and Daphne East Elementary. Principals from both schools issued statements assuring parents that students were never in any danger.

“This morning a child called 911 from a Daphne bus. He believed that another child had threatened to bring a gun. My son is the one that made the call. He was afraid and I had just spent the night before drilling into his brain “IF YOU SEE OR HEAR SOMETHING, SAY SOMETHING”. He did what he thought was the safest and most right thing to do. I am so proud of him and have told him so repeatedly. However, he was pulled out of class, made to write a statement of what happened(before we were called), told by his principal that he was in trouble, and hauled in to a meeting, from lunch, to ultimately be suspended. Suspended. For doing what he thought was right. We are as bewildered as anyone reading this. We finally got a response from Eddie Tyler’s office asking us to wait until he can review the information on Monday. Meanwhile, my boy is heartbroken and confused. He did good, my boy. I could not be more proud. WJ Carrol, not so much.”

Tyler went on to apologize to the mother and her son. Tyler said he wants students to come forward however that if there is ever a situation where a student comes forward and officials discover it was done in an attempt to gain attention, they will sort through it and deal with it.