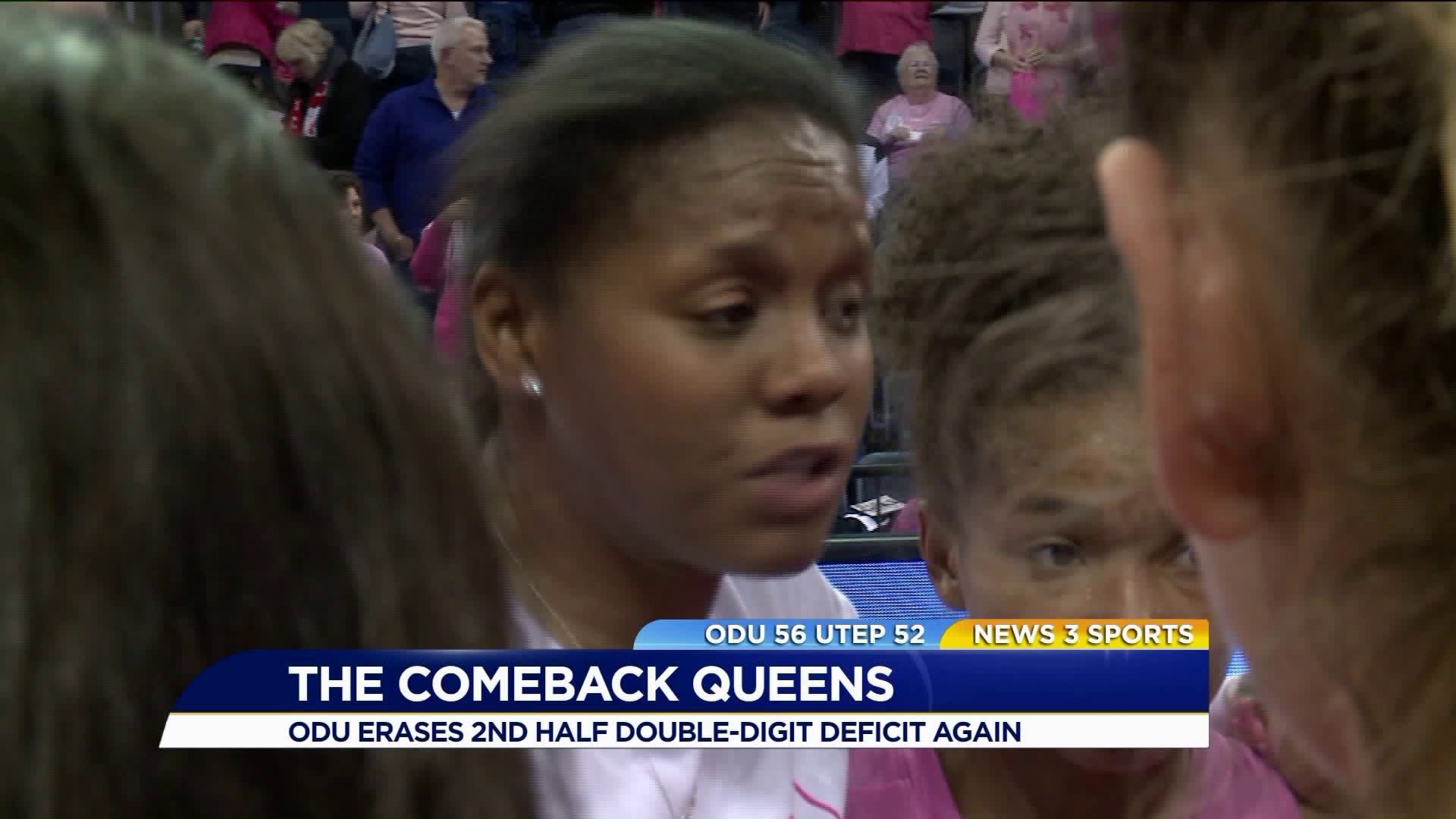 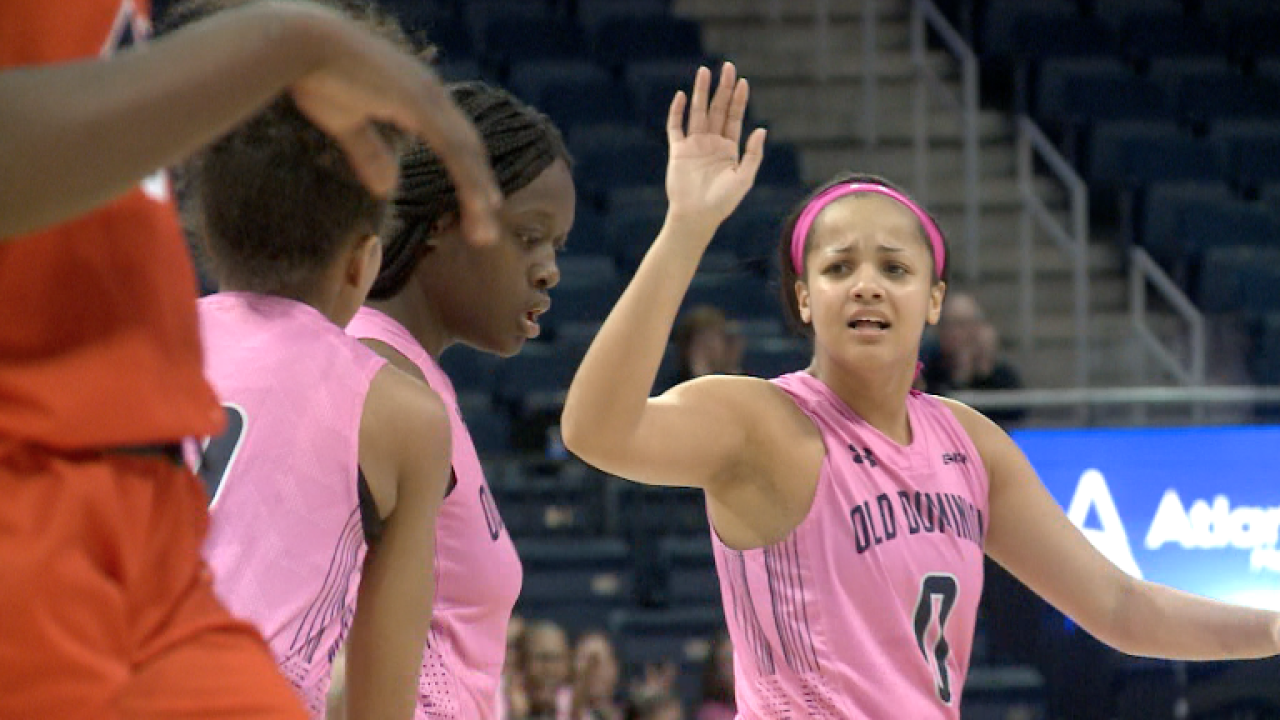 NORFOLK, Va. (ODUSports.com) - Kelly Loftus poured in a game-high 22 points, including the 1,000th of her career, and the Old Dominion women's basketball team rallied over UTEP for a 56-52 overtime victory in the 16th Annual Hoops For The Cure game on Saturday at the Ted Constant Center.

"We had to generate some offense with our defense, and I thought we did that," said head coach Nikki McCray-Penson. "We pressed a little bit and they turned it over. It gave us momentum. It allowed us to get in transition and hit some shots and that was key for us."

The Monarchs trailed by as much as 15 in the first half, but a 10-0 run late in the fourth quarter pulled the Monarchs within a basket in the final three minutes.

Trailing 48-46, Ashley Jackson hit a layup with 21 seconds remaining to play. The ODU defense then forced a tough shot for UTEP at the buzzer that was off target.

In overtime, again it was Jackson, who hit the go-ahead three early in the five-minute OT period. ODU never trailed in overtime and outscored the Miners, 8-4, in OT.

"My teammates look at me for big-time plays," said Jackson, who finished with five points. "The crowd and my teammates gave me energy, so it gave me even more confidence to make the shots."

Overall, the Monarchs ended the game on a 13-4 run. Defensively, ODU forced a season-high 20 turnovers.

Loftus' 22 points came on 8-of-14 shooting, including four threes. She reached the 1,000-point plateau with a layup in the fourth quarter.

"It is something you want to accomplish when you go into college," said Loftus about reaching the milestone. "But it wasn't something I was focusing on. I just really wanted to win the game."

"We're just competing," said McCray. "We have some goals and our kids just want to take care of those goals down the stretch."

Up next, ODU remains at home for its final home game of the regular season next week when the Monarchs host North Texas on Thursday.