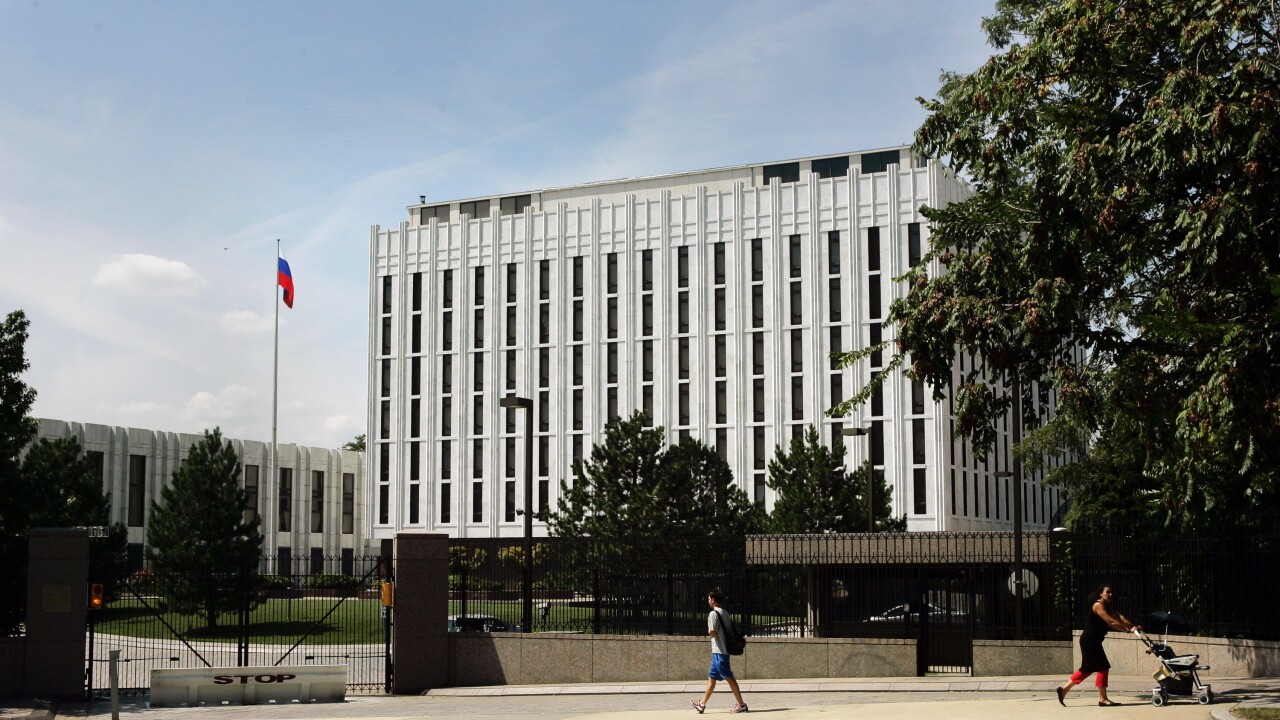 WASHINGTON – SEPTEMBER 2: A pedestrian walks past the Russian Embassy September 2, 2004 in Washington, DC. Russian has fallen victim to a series of terrorist attacks the latest occurring at a school in Beslan. (Photo by Brendan Smialowski/Getty Images)

The former Russian ambassador to the US called the allegations that Russia meddled in the US election part of a “hunting spree” and says it has “spoiled the trust” between the two nations.

“I have seen so many allegations and indictments in recent years towards Russians. Our American colleagues launched some kind of hunting spree throughout the world on Russian computer wizards,” Sergey Kislyak said at the Munich Security Conference on Saturday. “It’s something that has spoiled the trust between us even before you came up with the new allegations.”

His comments come a day after the US Justice Department announced it had charged 13 Russian nationals with conspiracy to defraud the United States. Special counsel Robert Mueller also indicted three Russian entities. Additionally, three defendants were charged with conspiracy to commit wire fraud and bank fraud, and five defendants with aggravated identity theft.

Mueller is currently investigating Russian meddling in the 2016 election and is looking into any potential ties between President Donald Trump’s campaign associates and Russia. But Trump has repeatedly denied any collusion — including in a tweet on Friday after the DOJ announced the indictments.

“Russia started their anti-US campaign in 2014, long before I announced that I would run for President. The results of the election were not impacted. The Trump campaign did nothing wrong – no collusion!” Trump wrote on Twitter.

Early into Trump’s presidency, former White House national security adviser Michael Flynn resigned over reports that he misled administration officials regarding conversations he had with Kislyak.

Flynn later pleaded guilty in Mueller’s probe to lying to the FBI about his communications with Kislyak.

In a previous statement from the FBI, Flynn communicated with Kislyak after being asked by a senior Trump transition official to find out how foreign governments stood on a coming UN Security Council resolution about Israel.

Also present at the Munich Security Conference on Saturday was Russian Foreign Minister Sergey Lavrov. Regarding the indictments, Lavrov said he had “no response.”

“I have no response,” Lavrov said. “Until we see the facts everything else is just blather.”

Lavrov has issued similar denials in the past.

“In about a year of this chaos about the so-called interference of Russia into the elections, we never heard not a single fact,” Lavrov said in September 2017. “When I asked (US Secretary of State) Rex Tillerson, ‘How can we confirm his words that the interference of Russia into American process is well-documented,’ he said, ‘I cannot show you anything because this is confidential information.'”