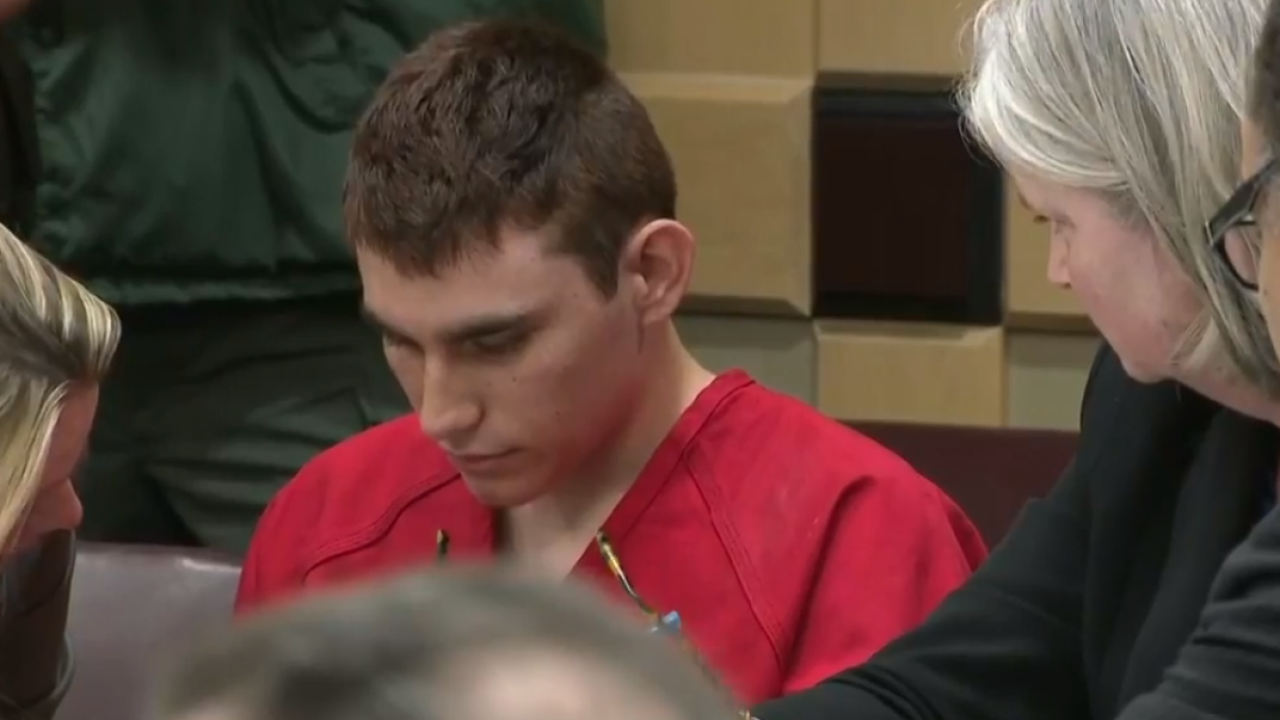 Florida gunman Nikolas Cruz is willing to plead guilty to avoid the death penalty and spare the community from reliving the massacre in a trial, his public defender said.

“The only question is, does he live or does he die?” Finkelstein asked.

Prosecutors would need to agree not to ask for capital punishment and allow life without parole instead.

On Saturday, State Attorney Michael J. Satz said this “certainly is the type of case the death penalty was designed for,” but that now is the time “to let the families grieve and bury their children and loved ones.”

“Our office will announce our formal position at the appropriate time,” Satz said.

Cruz’s next court date is set for Monday morning. He is being held without bond following a video hearing Thursday in a Broward County court.

• The school district has proposed tearing down the building where the shooting happened, Parkland Mayor Christine Hunschofsky said.

• Math teacher Jim Gard says an administrator sent an email in late 2016, asking to be notified if Cruz came on campus with a backpack. The administrator gave no explanation for the email, Gard said.

• An initial investigation indicates Cruz fired nearly 150 shots from his rifle, according to a law enforcement source.

• Cruz legally purchased the firearm used in the shooting, an AR-15-style weapon, in Florida nearly a year ago.

• He purchased at least five other guns in the past year, according to a law enforcement source.

The President also went to the Broward County Sheriff’s Office headquarters, where he met with first responders who played a role in rescues and the arrest of the shooter.

“What a great job you’ve done, and we appreciate it very much,” he said.

Trump told reporters at Broward Health North that he spoke to victims, and he applauded the efforts of the hospital staff and first responders to save lives.

When asked whether more gun laws were needed to prevent school shootings, he did not respond.

The shooting is at least the seventh at US middle and high schools this year, and has reignited a debate over gun control. Some blame congressional inaction for the massacre, while others say now is not the time for such political battles.

FBI says it failed to act on January tip

As the victims’ loved ones mourn, more signs are emerging that authorities missed opportunities to intervene weeks before the massacre.

The FBI has acknowledged receiving two tips that appear to relate to Cruz ahead of the shooting. One was a January 5 call to a tip line from someone close to him — one that the FBI said it failed to act on.

The caller provided information about “Cruz’s gun ownership, desire to kill people, erratic behavior, and disturbing social media posts, as well as the potential of him conducting a school shooting.”

The information should have been assessed as a “potential threat to life,” but the proper protocols weren’t followed and the FBI’s Miami office was not notified, the agency said.

“We have spoken with victims and families, and deeply regret the additional pain this causes all those affected by this horrific tragedy,” Wray said in a statement.

Also, a video blogger said he warned the FBI in September about a possible school shooting threat from a YouTube user with the same name as Cruz. An FBI agent confirmed a field officer in Jackson, Mississippi, received the tip and interviewed the person who shared it.

But no additional information was found to help identify the person who posted the comment and no connection was made to South Florida, said Robert Lasky, FBI special agent in charge of the Miami division.

Cruz’s apparent digital footprint includes slurs against blacks and Muslims, and declarations of a desire to shoot people. Other social media posts show a photo of a rifle, a collection of firearms on a bed, and a photo taken through a scope looking out a window.

In a private Instagram group chat, Cruz talked about killing Mexicans, keeping black people in chains and cutting their necks. After one member expressed hatred for gay people, Cruz agreed, saying, “Shoot them in the back of head.”

At one point in the chat, he wrote, “I think I am going to kill people.” After a member told him not to say things like that, he said he was just playing.

In a public post on his Instagram page, Cruz showed what he called an “arsenal” on a bed — seven guns and body armor. Another post on the page is a view down the barrel of a gun with a holographic sight out a window onto the street.

Cruz was staying with the family of someone he met at the high school after his adoptive parents died, said Jim Lewis, the host family’s attorney.

The family knew he had a gun. “They had it locked up, and believed that that was going to be sufficient, that there wasn’t going to be a problem,” Lewis said.

The family was unaware of any mental illness beyond depression over his adoptive mother’s recent death, the lawyer said.

Before his mother died, Broward sheriff’s deputies were called to the Cruz family home 39 times since 2010, according to documents obtained by CNN.

The sheriff’s office received a range of emergency calls that included reports of a mentally ill person, child/elderly abuse, a domestic disturbance and a missing person.

There were 20 calls for service over the past “few years” pertaining to Cruz, according to Broward County Sheriff Scott Israel.